If a team falls in Phoenix, can you feel it in Victoria?

Talk to enough hockey people and they'll say you absolutely can. They'll also tell you it's why the Western Hockey League announced Wednesday it will be operating in the B.C. capital for the 2011-2012 season.

The WHL's return to Victoria, following a 17-year absence, involves the sale and relocation of the Chilliwack Bruins, a team that wasn't doing all that badly on the ice.

But when the future of the National Hockey League Phoenix Coyotes, and to a lesser degree the Atlanta Thrashers, turned ever more doubtful, things started happening in the WHL and American Hockey League.

Here's how: it's become increasingly clear the Coyotes are not long for Arizona and will likely return to the place of their birth, Winnipeg. That would displace the AHL Manitoba Moose, who would then be looking to maintain a close link to their NHL team, the Vancouver Canucks. Best possible site? Victoria, with its 7,000-seat Save-On-Foods Memorial Centre, presently the home of the soon-to-be-ousted East Coast Hockey League Salmon Kings.

The WHL, too, had been eyeballing Victoria and, in a move to beat the AHL, decided it had to put a team there. This is where the Chilliwack ownership group, a five-some that includes NHL general managers Glen Sather and Brian Burke, got involved.

They held an ownership meeting on Jan. 13, 2011 to review how they were unable to negotiate a new lease at Chilliwack's Prospera Centre. Darryl Porter, one of the Bruins' majority shareholders, issued a statement Wednesday saying the entire ownership "agreed with the WHL to sell its franchise for the purpose of relocating the club to Victoria." The selling price is said to be $5.5 million. (An offer of $6.2 million was made by Keith and Bond to buy the team and keep it in Chilliwack, but it came after the Jan. 13 meeting.)

Porter acknowledged much had changed in Chilliwack due to new arenas in Langley and Abbotsford along with the arrival of the AHL Heat, the affiliate of the Calgary Flames. Those changes had altered Chilliwack from a medium-sized market to a small market. Porter was on CHWK FM radio in Chilliwack and had this to say about the Flames' decision to move into the Fraser Valley: "There's a code in sports. You don't do what Calgary did. The city (of Abbotsford) did that deal (with the Flames). It should never have happened. We were surprised. Ron (Robison, WHL president) was surprised."

The feeling among the more than 3,000 Bruins' supporters in Chilliwack was beyond surprise.

"It makes no sense to me," said fan and former Bruins' sponsor Andy Van Esche. "We had 3,000 to 3,500 dedicated fans. They can't say we didn't have the support. Why would they move to Victoria? It's my opinion, but I believe there was an agenda at play.

Well before the WHL's confirmation news conference Wednesday, the Bruins' move to Victoria created a wave of questions: where do the Moose end up now? (AHL president Dave Andrews told The Globe and Mail's James Mirtle the league has a Plan B if the Coyotes move to Winnipeg.) What about the letter Burke sent to Vancouver radio station CKNW that said the WHL was trying to put a team back in Chilliwack? ("Fat chance of that happening," said a source.) What about the Regina Pats, who are trying to negotiate a new lease at Evraz Place and now see an empty arena in Chilliwack to use as leverage?

Then there is the speculation involving a second WHL franchise on Vancouver Island, in Nanaimo, home of the B.C. Hockey League Clippers. Finally, there's also some debate as to how good a major junior hockey market Victoria is. The WHL Cougars operated from 1971 to 1994 and won the league championship in 1981. In their last five seasons, though, the Cougars failed to reach the postseason and won just 18 of 72 games in 1993-94. After that season, the team moved to Prince George, where it continues to operate.

It's worth noting that with all this change swirling about them, the seventh-place ECHL Salmon Kings held a 2-0 series lead over the Utah Grizzlies in their Western Conference semi-final series. Game 3 was played Wednesday night in Victoria's Memorial Centre. 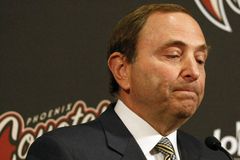 TV market could prevent Coyotes' move to Winnipeg
May 3, 2018 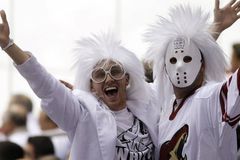 Follow Allan Maki on Twitter @AllanMaki
Report an error
Due to technical reasons, we have temporarily removed commenting from our articles. We hope to have this fixed soon. Thank you for your patience. If you are looking to give feedback on our new site, please send it along to feedback@globeandmail.com. If you want to write a letter to the editor, please forward to letters@globeandmail.com.
Comments