They insist it's not about them, or about the Olympics, that it's just another game pitting desperate teams.

Yeah, well, it's about them.

And it's at least a little bit about Sochi – don't be fooled.

How can it be otherwise when the two men vying to be Team Canada's starting goaltender meet head-to-head four days before the charters head to Russia?

The Montreal Canadiens Carey Price and Vancouver Canucks counterpart Roberto Luongo can't afford to admit to being distracted by what's coming next week, and they've assiduously followed the script.

"I'll let you guys discuss (the matchup). I'm worried about myself right now, I want to worry about playing my game, playing as good as I can and getting this team out of this losing streak," Luongo said after a team practice ahead of Thursday's Bell Centre clash between the teams.

Price doesn't typically speak publicly on game days, but on Wednesday he sounded a similar note.

"Until I leave here my focus doesn't change . . . our two teams are trying to gain points in the push for the playoffs, there's no other intangibles involved, we're both focused on a single goal, that's to get a win," Price said. "We're not teammates yet."

But hockey fans and the Team Canada braintrust will surely be scrutinizing the performances of both Price – who has a .970 save percentage and two shutouts in his last four starts – and Luongo, whose Canucks have lost five straight (he took sole responsibility for their most recent set-back in Boston).

There are even interested parties in the respective dressing rooms.

"(Luongo) definitely won't say it out loud, but I know him well enough to say he never, ever wants to lose, whether it's ping-pong or cards, on the ice, in practice, he's an extreme competitor. Does he want to win more because it's Carey? Maybe, but I'd say he's more interested in winning for the Canucks, but I know he's happy to be going back to the Olympics for the third time and to represent Canada again," said Canucks winger Alex Burrows.

Team Canada coach Mike Babcock has said he will rotate goaltenders in the opening games of the Olympic tournament, and both Luongo – who started and won the gold medal game four years ago – and Price are clearly keen to win the top job.

If the decision has anything to do with who's in better form heading into the tournament – it's not clear that it will – Price should have the inside track.

But a strong performance by Luongo, who has lost four of his last five starts and allowed three or more goals in four straight games, could go some way to showing that he is ready to carry the load once again for his country.

The sub-texts are many to this game – Luongo, the Montreal native loves playing in his hometown, and Price, who was born in Vancouver, typically plays well against the team he grew up cheering for.

It's also a matchup that features a pair of clubs that are having trouble putting the puck in the net, and are thus relying heavily on their all-world goalies.

The Canucks will have to play without their captain, Henrik Sedin is being shut down for the week after a recurrence of the upper body injury that snapped his NHL ironman streak at 679 games last month, and Team Canada defenceman Dan Hamhuis will miss the game with an unspecified injury.

The news isn't all bad for the Canucks, however, injury victims Brad Richardson and Christopher Higgins are expected to play. 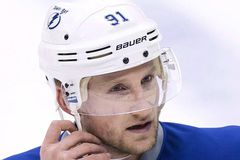 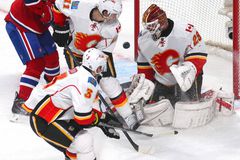