Other than stories about the mass exodus of players signing in Europe and the issues getting insurance coverage (note: it's expensive) we're hearing very little else in the way of news.

It's almost to the point that there's little left for either side to say, at least until the next round of negotiations finally start up again.

That said, I've had the chance to survey the mood among at least a dozen players this week, and the feeling more than anything is one of frustration. At the NHLPA meetings last week in New York, players were all told what had been offered to the league was a considerable giveback of future revenues while ensuring they'd receive their current contracts.

When the NHL dismissed it out of hand, it sparked outrage among a portion of the players, with some of that bubbling over onto Twitter (i.e. John-Michael Liles) when the lockout finally began on Sunday.

One of those who has been relatively outspoken about the situation is Buffalo Sabres netminder Ryan Miller, who I have generally found to be one of the more level-headed and intelligent players in the league.

A situation like this, however, is enough to put even those types on edge.

I touched base with Miller a few days ago, and he said part of what's so difficult about these negotiations is an immense distrust of the owners and their motives in this fight.

It's still hard for many players to look past what happened during the last lockout, when a win for the league resulted in a large share of those new revenues going to the wealthy teams.

"I think the anger and frustration comes from knowing what the owners are capable of under the guidance of Gary Bettman," Miller said in an e-mail. "They are willing to let a season burn as shown in 2004-05, and it is a path that they are comfortable taking as their choice form of negotiating.

"This is the third time and no matter how the NHL spins it, the same story is being told. They claim teams are struggling financially and player salary restriction is the only way to address the inevitable disasters. It is hard to trust the owners when it is the same story after years of documented growth and increasing revenue."

The players insist they realize some teams are losing money, and that's why they've proposed to increase revenue sharing from $150-million to $260-million for next season.

(The league has offered to raise it to $190-million, which is why Bettman says they're not far apart on the issue.)

That extra $110-million would then go directly to the six or seven teams that need it most, meaning $15- to $20-million per troubled team on top of what they were already receiving under the last agreement.

What the NHLPA and players like Miller have consistently said they will never do is give even more money back to the teams on the top end.

After the last collective bargaining agreement came in, the Toronto Maple Leafs, Montreal Canadiens and New York Rangers (among others) all made incredible profits in part because their spending on salaries was limited by the cap and their revenue sharing commitments were so low.

The Leafs, I'm told, only paid $20-million into that shared pot last season, for example, which is believed to be roughly 10 per cent of their total revenues.

(Some of the NHL's revenue sharing pot comes out of playoff revenues, which means the Phoenix Coyotes paid more into that portion of sharing than the Leafs last season.)

By comparison, rich teams in baseball are forced to share at least 31 per cent of their local revenue. It's even higher in the NFL and the NBA's new CBA calls on teams like the Los Angeles Lakers to pay up far more than ever before.

And all those leagues have much larger sources of shared league revenue to supplement that local revenue sharing.

If the NHLPA could get a deal where Toronto is putting in triple the amount of revenue sharing they do now, there's another $40-million or so that can go to fixing some of the economic issues. The same goes for a few of the other wealthy teams, albeit to a lesser extent.

That wouldn't get them all the way to where every franchise is healthy, but you can see why players believe it's part of a potential solution.

If revenue sharing is left relatively untouched, however, most of the burden of helping the Phoenixes of the league will fall on the players, which they argue is where the cut from 57 per cent of revenues down to 47 per cent the league is asking for comes in.

"That is why our proposal builds in more responsibility to league health as a whole through defined revenue sharing that gets money to the teams that need it," Miller said. "The proposal is based on Don Fehr spending a lot of time talking to the players and listening to our concerns.

"We want a healthy NHL and a league that starts to move past the labour mistrust so that hockey could grow and flourish... And yet here we are again."

"Here" being a stalemate of familiar proportions, even as the two sides don't really appear to be all that far apart in terms of the overall percentages.

Ending it, however, isn't as simple as it may seem.

While many are forecasting that this will all end with the players taking a 50-50 share, their reluctance to do so stems directly from what happened the last time around.

The players don't believe giving back to the wealthy teams will solve much of anything and that, when it comes time for the next agreement in another six or seven years, the league will again be asking for more across the board to help teams on the bottom.

And that's where the frustration comes in. 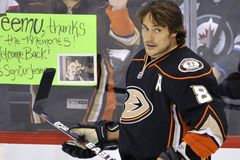 Duhatschek: NHL lockout could be a blessing in disguise for defending champs
September 18, 2012 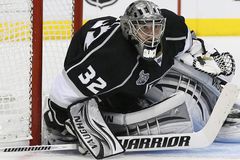 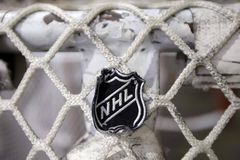 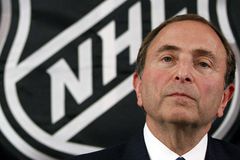 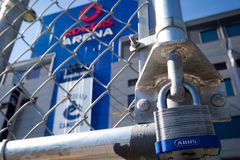 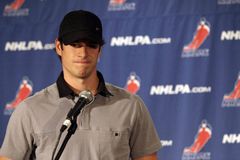