The NHL will take another step toward oblivion in the next couple of days when it announces the annual Winter Classic is cancelled due to the lockout.

Oblivion may strike some as too strong a word, but that is precisely where this league appears determined to take its brand of hockey as far as the United States is concerned. The announcement about the biggest event on the NHL calendar in terms of marketing impact on the American public is expected to come on Thursday.

In this case, the decision is not one of those artificial deadlines NHL commissioner Gary Bettman likes to set in this labour dispute. He could hold off a few days, if he doesn't mind spending a couple hundred thousand more of the owners' money. If the NHL cancels by Friday, the lost deposit at the University of Michigan stadium is $100,000 (all currency U.S.) and it climbs after that.

The league's agreement with Michigan does give it the right to cancel the outdoor game up to the day before Jan. 1, when the Detroit Red Wings were expected to play the Toronto Maple Leafs. However, as a practical matter the cancellation should happen by the end of the week because there is much preparation for the game, from building ice rinks at Michigan and at Comerica Park in downtown Detroit to preparing venues for the celebrations that surround the game and cost millions of dollars to complete.

Also expected to be cancelled, according to the Detroit Free Press, is the Winter Festival, a two-week event set for Comerica Park which was to play host to two Wings-Leafs alumni games along with junior, college and high-school games.

It's been two weeks since any negotiations for a collective agreement were held, and the NHL is stubbornly refusing to meet the NHL Players' Association because it claims the union will not negotiate off the owners' last offer, a frustrating bit of semantics. Semantics or not, there is no sign of any reason for the NHL to hold off on cancelling the outdoor game.

A lot of good will also vanishes with the cancellations, although this is not unusual for a league that loves to cut off its nose to spite its face. In the last five years, the Winter Classic has done more to attract casual fans to the sport through the game itself and the HBO television reality series 24/7 that chronicles both teams than any other event. Cancelling the game will tell those fans how much the NHL thinks of them.

But the striking aspect of this is that killing the event will hurt the NHL owners themselves more than it does the players. Most of the money from the 115,000 fans that were expected to pack the Michigan stadium and set a world record for attendance at a hockey game goes directly to the league, along with all the other revenue generated by the event.

The players are hurt in the sense that they are supposed to get 50 per cent or whatever share of NHL revenue they will if a new collective agreement is ever negotiated by these people. But the cancellation has a minimal direct impact on each of the NHL's 720 or so players. They will still get paid if they ever drop the puck again.

However, in the end both sides lose because this is the event that resonates with the casual U.S. fan the NHL has courted with varying degrees of success for decades. Once this game is gone, those fans may decide the 2012-13 season is lost and they'll be gone, too. 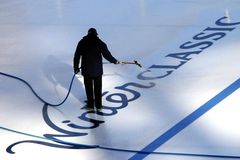 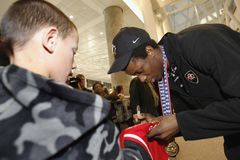 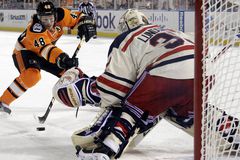 IceCaps are one hot ticket as AHL hockey soothes NHL blues on the Rock
October 28, 2012 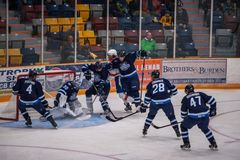 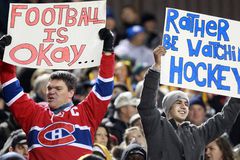