It's time for a little of what I'll call Decertification for Dummies.

Although you don't have to be a dummy to have a hard time wrapping your head around this stuff.

Decertification is about to become a pivotal part of the NHL lockout, as the NHLPA is threatening to dissolve the union and begin filing antitrust lawsuits in response to what players feel is an unwillingness to fairly negotiate by the league.

To better understand what that process entails and what the NHL could look like without a union or collective bargaining agreement, I spoke with sports labour law expert Nathaniel Grow on Thursday.

Grow is a professor at the University of Georgia who specializes in antitrust and sports law.

For an even more in-depth understanding of some of his work in this area, I encourage people to read his article, Decertifying Players' Unions: Lessons From the NFL and NBA Lockouts of 2011.

Let's start with the basics. Why might decertification make sense for NHL players here?

A. There's kind of a benefit and a drawback. There are some protections you get under labour law when you're in a bargaining situation like this. By having a union, the players under U.S. labour law get protection against the owners committing certain unfair labour practices.

So they get some benefits out of the unionization, but the downside is you can't then file an antitrust lawsuit against the ownership while you're still engaged in that collective bargaining relationship.

The trade off is do we want to have union protections or would we rather dissolve the union and pursue antitrust remedies. You can't have your cake and eat it, too. You have to pick.

From the perspective of why is it a good thing to do now: The main benefit is probably leverage... If we file an antitrust lawsuit, it adds uncertainty for the owners. If this lockout gets declared to be a violation of U.S. antitrust law then the players' damages are going to be tripled.

I thought I saw one estimate that the players were losing something like $10-million per day. If you use that as a ballpark, if they've missed 70 days, you're talking about $700-million times three; that's a huge number potentially. There's leverage for the players.

The No. 1 thing they would shoot for presumably would be to end the lockout [using a preliminary injunction]. Even if they don't get that, long term, they still have that threat of the antitrust legislation and the triple damages hanging over ownership.

Is there a realistic possibility of using the law to get an injunction to end the lockout right away the way the NFL players attempted to?

A. This is where reasonable minds can differ. But I personally think that it's likely enough that it's worth doing.

To me, the downside of dissolving the union is rather limited. I don't want to say it's insignificant... But if I had to guess, I'd say it's probably on a one in three to one in two chance that a court would issue an injunction to stop the lockout. It's not a 10 per cent or a 2 per cent chance. But I wouldn't bet my mortgage on it.

Even in the NFL case, if you look at it, there were four judges that ruled – one trial court judge and then three appellate court judges – and they were split on it.

Along the same lines: Would they have a good chance of winning damages or would it be something that would take years and years and probably isn't going to happen?

A. I would be surprised if it actually went that far. It would take years and years. They would look at it as a more short term bargaining leverage issue. That's kind of what the NBA did.

If it actually went the distance and you're talking two or three years down the road, they're still in litigation, it's an uncertain case. Reasonable minds can differ, but I think there's a pretty good chance the players could prevail... There's different issues and technicalities, but from the 50,000-foot level, there's a fairly clear antitrust violation.

Their odds of winning an antitrust lawsuit for damages are much higher than getting an injunction. But these things you never know. Anything can happen with a jury of 12 people.

Here's a more theoretical question: What does all of this happening with unions in pro sports mean long term? Will they die out eventually?

A. The whole idea of a players' union is odd. In U.S. history, usually it's lower paid workers who are easily replaced, like line workers at the auto factory, wanting to work together and negotiate collectively so they have more bargaining leverage.

Do I think it's likely they'll give up unionism permanently? I can see some reasons why they might want to. But I think the league might really push them to stay in a union as much as they possibly could.

It's like this bizarro world where if you talk to most industries, management doesn't want their employees to be unionized, but it's the exact flip situation in pro sports.

Can you paint a picture of what a league would look like without a union involved?

A. It's a pretty interesting thought experiment. Ultimately what would end up happening, the teams would be forced to negotiate with their players on an individual level. You wouldn't have the standard player contract like you do now. Everything would be subject to individual negotiations.

What would happen with the lawsuit is that some player would get upset over the draft. They would say why are my rights being allocated to Nashville? I don't want to play in Nashville; I want to be able to bargain with all 30 teams. If the Rangers or the Leafs are all bidding for my services, I'll get a heckuva lot more money than if I was forced to only negotiate with the Predators?

Now, the league would say this is necessary for competitive balance, that we have to allocate talent efficiently across the whole league... we're just going to have the richest teams constantly dominating and this is the best way to allocate talent. Then a court would have to decide which one of those arguments is more compelling. Different courts could differ on that.

I wouldn't say all these things would automatically be thrown out, but it would create a lot more chaos and a lot more uncertainty until the system finally processed all these issues.

Is there anything else that stands out to you about the NHLPA's situation right now that is interesting from a legal perspective?

A. I think it's interesting that you've got Donald Fehr here, in general... It's interesting to see someone who's an iconic figure in the baseball labour side, how that translates to the NHL side.

My sense of how he operates is he is pretty driven by the players. That makes sense for any union manager. Ultimately your power comes from the players and you can't dictate to them what they're going to do. They're not going to put their whole career in your hands. I suspect that he's informing the players what their best options are, but the players are the ones that have to pull the trigger.

I think he advises them heavily, but it's ultimately the players' call.

I'm still a little surprised the players haven't decertified yet. They already lost that season, and I always wondered why they didn't pursue it in 2005. Part of the issue with decertification is if you wait too long, it just takes time for this to play out... If you wait until mid-January and then decide to decertify, the season is pretty much going to be gone before the court even has a chance to address the legality of the lockout. 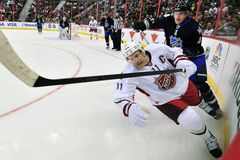 Duhatschek: Bettman and Fehr should put their jobs on the line
November 23, 2012 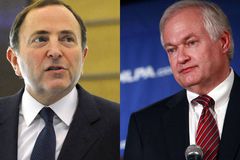 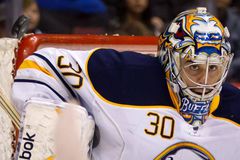 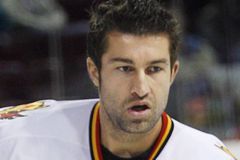 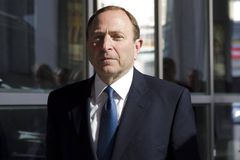 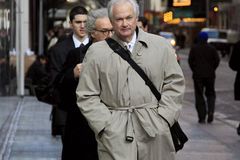 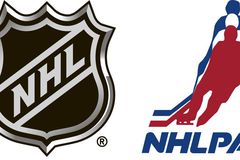