Four minutes into the second, the Boston Bruins having just tied the Vancouver Canucks 1-1 after a dominating presence to open the period, coach John Tortorella shouted for a timeout. The high-volume approach carried on through the 30-second break, and the emphatically stated instructions hit their mark.

The home team was suddenly revived, able to tilt the ice back against Boston, visiting Vancouver for the first time since June 15, 2011, a warm spring night when the Canucks were shut out on home ice and the Bruins hoisted the Stanley Cup.

"There was a lot of emotion. He just wanted the boys to get going," said Canucks winger David Booth of Tortorella's impassioned words early in the second.

On Saturday night in Vancouver, in a contest sprinkled generously with ire, the Canucks wrested the hockey game back and within five minutes of the timeout they had a 3-1 lead powering to a 6-2 victory, the team's seventh in a row – and the biggest, brashest, of the year.

It was one to savour. Vancouver, riding solid scoring and the stellar play of goaltender Roberto Luongo, are the hottest team in the league.

"We really rose up to the occasion," said Luongo in the locker room after the game, a wide smile on his face and his body loose, the glow of relishing of win.

The refrain from Vancouver before the game was the hostile Cup final of 2011 was "a long time ago" – and the Canucks are indeed more than two years removed from the humiliation of blowing two series leads against Boston and yielding the Cup to the Bruins on home ice. So the meaning of Saturday night's win is somewhat muted, in grander terms, but in the context of the 2013-14 season, it's the Canucks most-important, and emphatic, win this season – a capper of a perfect four-game home stand and decisively showing the team can compete, and beat, the best in the National Hockey League. It's the type of game that begins to mute doubters who chattered during the difficult November that these Canucks were going to miss the playoffs.

Memories of June 2011 were hardly absent. Every time Boston's Brad Marchand touched the puck, the Vancouver crowd offered up a hearty round of boos. But there were, in the stands, plenty of people in black-and-gold, too. Marchand was his usual lively self. In the second period, skating to the bench after some words with Canucks captain Henrik Sedin, Marchand removed his glove and kissed his finger, playfully feigning relish for his Stanley Cup ring. He later mimed hoisting the Cup. A bellowing chant of "Boston Sucks" rang through the arena near the end of the contest when the result was sealed.

Ryan Kesler said Marchand had "no class," while Henrik Sedin stuck by the idea it was just another top-ranked team the Canucks beat, and not the one that crushed their dreams 2 1/2 years ago.

"We're really happy," said Sedin, "but not because of the team we played."

Booth was the man whose goal sparked the Canucks rout. On a rush, the goal to go up 2-1, he squeezed a wrist shot through Boston's unusually so-so Tuukka Rask, who was eventually pulled.

Defenceman Kevin Bieksa said the timing of the timeout was perfect, a move coaches often avoid, calling one early instead of saving it.

"It was the right time," said Bieksa. "A lot of times coaches like to save the time out. It really sent a message."

The third goal was a perfect rendering of everything that's going right for Vancouver this perfect 7-0 December.

Mike Santorelli, every night a more impressive comeback story, made a singular drive at Boston's Tuukka Rask from down low, the puck going backhand to forehand, and Rask kicked out a left-pad save on a wrist shot. Santorelli forged on undaunted, fought David Krejci for the puck and came up with it, whipping a backhand that bounced off the far post right to an open Chris Higgins, who buried it, yet another game-tipping shift from Ryan Kesler's second line.

As the Higgins shot set the red alight blazing, one John Tortorella celebrated on the bench with a vigorous fist pump. Everyone evolved tried to parry questions about the intensity underlying this game but it was palpable as the heated, fast-paced play unfolded at Rogers Arena.

While Kesler-Higgins-Santorelli were once again the driving force of the Canucks, the Sedins line was, for two periods, underwhelming with Jannik Hansen on their wing, Boston's Zdeno Chara a considerable disruptive force. The Sedins were mostly a non-entity and were on the ice when Boston rushed up the ice early in the second to tie the game – but the three helped deliver the goal to seal the game less than two minutes into the third, when defenceman Yannick Weber – in for the injured Alex Edler – scored his first goal as a Canuck, the assists coming from Henrik and Daniel Sedin, the goal that chased Rask from the net. Henrik not long after pocketed a top-shelf power play goal.

Among the other Saturday-night highlights, Jarome Iginla fought twice, the first time with Kesler in the first period, where Iginla dislocated the ring finger on his left hand and left the ice, returning for the second period. A hardy hockey player. Iginla scrapped again in the third with the unlikely foe Dan Hamhuis.

The win allows the Canucks to scrape some more back towards the top trio in the fierce Pacific Division, elevating the team to 20-10-5, 45 points, one behind third-place San Jose, which has 46 and two games in hand on Vancouver. For Boston, with the loss, cedes the top spot in the Eastern Conference to Pittsburgh, which won on Saturday and now has 47 points to Boston's 46.

The Canucks now move to a fast three-game roadtrip this week, Minnesota on Tuesday, Dallas on Thursday and then, the next night, another big-time contest, the Chicago Blackhawks.

Vancouver has skated through the absence of Edler and Alex Burrows without problem. Their December is going as well as November went wrong. The road to get back among the top three in the Pacific will require more wins like the emotional victory against Boston. 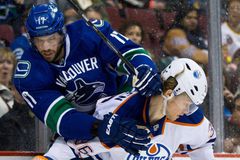 How Canucks’ Ryan Kesler got his groove back
December 13, 2013 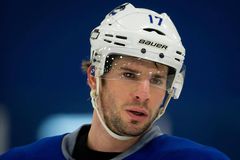 Secondary scoring buys Canucks time while Burrows is out
December 10, 2013 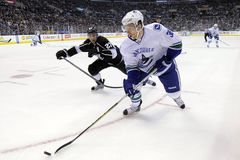 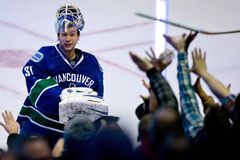 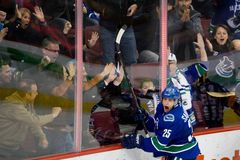 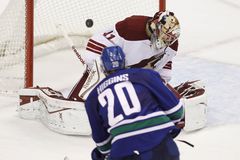 Broken jaw will sideline Canucks’ Burrows for a month
December 3, 2013 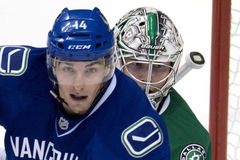