On the face of it, firing a nice guy who was cast into an untenable situation that wasn't of his making – and doing it just a day after bringing in his replacement – looks harsh.

That former interim Canadiens coach Randy Cunneyworth is universally regarded as a lovely guy and a good hockey man, like his longtime wingman and assistant Randy Ladouceur, almost makes it seem downright heartless.

But Habs GM Marc Bergevin's decision to let both men go on Wednesday, a month after he demoted Cunneyworth back to assistant coach, is actually an act of kindness. Respect, even.

New/old coach Michel Therrien was too polite to say so publicly on Wednesday, but he was never going to keep Cunneyworth and Ladouceur around, given their ties to the previous regime.

And this way both will have plenty of time to catch on with another organization when their contracts expire in a couple of weeks.

A statement issued by the team gave top billing to Therrien: "Following my appointment as head coach of the Montreal Canadiens, I made the decision of bringing together a new coaching staff. Out of respect for Randy Cunneyworth and Randy Ladouceur, I felt it was important that I notify them immediately in order for them to start looking for other opportunities without further delay. On behalf of the organization, I would like to thank both of them for their valuable contribution to the team and wish them the very best for the future."

So concludes another chapter in the Habs' sorry 2011-12 campaign.

It's not Cunneyworth's fault that former GM Pierre Gauthier decided he would the guy to break a long string of bilingual Habs coaches – and compounded the sin by not adequately preparing for the fallout from that decision.

It's not entirely Cunneyworth's fault that a team that underachieved in the months before he was given his first NHL bench job – after more than a decade of toil in the minors – tanked even worse once he took over.

Hockey being hockey, there's a good chance he'll ride again, likely as an NHL assistant or as a head coach in the minors.

There's already speculation that the Habs are about to extend a job offer to Bergevin's former Chicago Blackhawks colleague – and onetime Therrien player in junior – Martin Lapointe, who told La Presse a couple of weeks ago that he could be interested in making a return to the NHL (he's living in Chicago).

Perusing the list of Bergevin's friends and former teammates suggest more speculation is inevitable concerning people like Jean-Jacques Daigneault (his childhood pal and a minor-league assistant in the Pittsburgh system).

To say nothing of known Therrien cronies.

Hey, Gino Odjick popped in to say hello after Therrien's news conference Tuesday, shall we start with him? We shall not.

You can definitely strike one name off the list: former Habs draftee Terry Ryan tweeted on Tuesday that "ask other guys I played with, most prob won't have the balls to say it, but (Therrien)'s a jerk."

That touched off a minor firestorm – with detractors pointing out Ryan's shortcomings as a player – but he was steadfast on Wednesday, tweeting "I just downright didn't like the guy, and that's that." 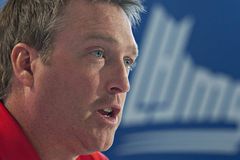 Therrien gets another bite of the apple
June 5, 2012 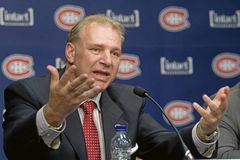 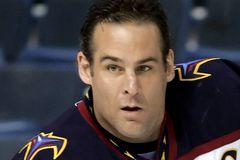 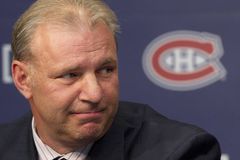