Two months in, Georges Laraque is ready to pack it in as the executive director of the Canadian Hockey League Players' Association.

The endeavour essentially collapsed on Thursday amid a series of bizarre circumstances involving CHLPA support staff and allegations convicted fraudster Randy Gumbley was somehow involved in the union.

While Laraque maintains Gumbley was never involved – only that he had been working closely with his brother, Glenn Gumbley – he said the scandal made him realize junior players would be in better hands with one of the many union groups that have approached him to help the CHLPA in recent weeks.

Laraque, however, will remain with the organization until a suitable replacement is found.

"The cause is good," he said as part of a 20-minute conversation about his decision late Thursday night. "It's just that we're not experienced enough. We're not a strong enough team to do this. People have real jobs. It's a big project.

"It's better to give it to a real union [group] so they can do this. I believe in it. I think the right team could do this, especially after all that we've done. For those kids, we're not quitting. We're passing it on."

Earlier this week, Laraque had detailed how he sunk at least $10,000 of his own money into the fledgling union and how it was a difficult choice to become involved at all.

When reached by phone on Thursday, he was already in Cape Breton, N.S., to meet with the junior team there for a certification vote on Friday.

"I didn't even want to do it at first," Laraque said, explaining how he was approached by a group of lawyers affiliated with the CHLPA in August. "I was a bit surprised they were asking me because I knew I wasn't the most qualified person.

"But they were telling me they couldn't find anyone to do this. People were saying it's a lost cause, people wanted money. But there's no money. And I knew if I did it, there wasn't a chance I could work my TV job anymore because they own a junior team."

Laraque ultimately lost that role with TVA in Quebec and was faced with the difficult task of working with a group of volunteers and pro bono lawyers to organize a complex union drive in nine provinces and the United States.

From the beginning, the organization's public relations front was haphazard and questionable, as an unusual spokesman based out of Montreal and calling himself Derek Clarke was in control of the CHLPA's email address, Twitter account and website.

With Laraque serving more as a figurehead and mainly just meeting with players, Clarke – now believed to be Glenn Gumbley assuming the name of another union volunteer – was taking media calls and making grand statements on behalf of the group.

That charade fell apart this week when the CHL alleged through the media that Clarke was actually Randy Gumbley, setting Laraque and Co. on a course that ended with two of their labour law firms leaving the cause late Thursday.

Laraque still isn't quite sure what happened. As far as he was concerned, the volunteer who actually was Derek Clarke – a mild-mannered telecom manager who had been onboard before Laraque signed on – was speaking to the media and not Gumbley, making claims by some outlets that Clarke didn't exist baffling to the former NHL enforcer.

Laraque appeared to realize Gumbley's last name was potentially toxic (even if it was the brother that was involved), however, as he claimed he didn't know it when questioned about "Glenn" by The Globe and Mail last week.

Instead, he provided the number for the mysterious spokesman who had been calling himself "Derek Clarke" all along.

"I don't know [everything that was happening]," Laraque said. "I'm doing this for free, I'm giving my time and energy. When people asked 'do you know about this?' I really didn't. The only thing I was telling people was that Derek and Glenn were never about the money. If this worked out, they were going to step aside to find [experienced] people to run the union.

"There was no money. That's why I have a hard time thinking someone would [abuse] this. I really thought someone from the outside did this to make us look bad. At the end of the day, it's better to give it to a real team because this project is way too big for us.

"I'm proud of what we've done and the time I put in. If I could go back, I'd do the same thing. Because I didn't do anything wrong. I didn't do it for money. There was no sponsorship; there was nothing."

Here are a few more points Laraque made on Thursday night:

– On what this fight was over: "I never said that the junior players were mistreated. I never said it wasn't a good league. The two things I said was that, one, the 18th months they have [to use their education plan] is unacceptable. It should be four years. They know that every player that plays junior hockey wants to play a couple years in the ECHL or the AHL to try and make it. It's unacceptable to have 18 months because you know they're not going to take that scholarship. The second thing is, the NCAA... If they change the bylaw, then the players could go there. They won't lose their eligibility, but the [CHL] are blocking it."

– Why he did get involved: "I thought I could be part of something that could change junior hockey forever. Help kids get an education. That's noble. That's the imprint I want to leave on hockey. I played in the NHL for 13 years. I fought all those years. Now I can do something positive. And helping these kids have their own union is a noble cause."

– On the CHL's resistance: "If the league would have listened to us and just worked on those two things, it would have been fine. The union wasn't trying to get everything but a couple little things... It was never about the money and [having a strike]. We could have done this without a union. But every time we sent a letter, they never wanted to talk to us. What they did was hire a private investigator, spend tons of money... congratulations they discredited the union working without professionals. That's why we have to hand it over."

– On the vote in Cape Breton on Friday: "Tomorrow I still have to go to the voting [for the Cape Breton team]. But obviously after what happened today... what do you think they said to [the players] after what happened today? But because it's scheduled, I have to go there. I'm going to go to the meeting and see. They're probably going to vote no, but it's okay. It's part of the process."

– On Glenn Gumbley: "I didn't hire anyone. Everyone was there from Day 1. Those people were there when I came in. But his brother was never involved. I've never seen him, I don't know what he looks like and I've never talked to him... Because his brother had a record with the CHL, it was easy to destroy the reputation of the union with that."

– On Derek Clarke: "Then after that people said Derek didn't exist. The guy didn't want to go on camera. He was uncomfortable. His wife saw that her husband 'is a ghost'; she saw that all over the news. How do you think she felt? The guy has a real job and he worked his ass off for this [union] for free just to help these kids' education and he has to endure that. So he had to go in front of the camera... He does that and then he gets criticized. Are you kidding me? It's not his job. It just shows a team of inexperienced people [can't do this] and you need a real team to do this. That's why, when I think about all of this right now, it's better to pass it on."

– On the CHLPA's failure: "We didn't have many people who wanted to work for free. So we had a really hard time communicating and translating our message across Canada. We didn't have enough people. It was hard to do. I put up about $10,000 of my own money to help people with their costs. I didn't do this for money. But for a lot of people, that's hard to believe."

– On the future of the CHLPA: "I must have talked, no word of a lie, to about 700 players... The agents thought it was a great idea... It would have cost less [than minimum wage] to give [players] the four years extension of their education package. Education in Canada doesn't cost what it does in the States. It's cheaper to give that extension than have a $500,000 payroll every year. When you look at what the guys wanted, was that really unreasonable? To make it a story about all they want is money, saying they are treated well, you were drafted from there, why are you complaining – that's not what this is about. It's about education. For once. That's what it was all about." 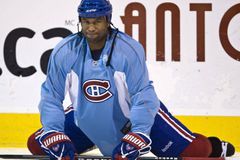 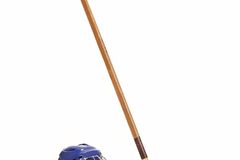 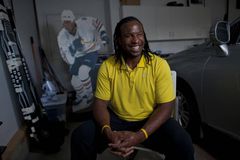 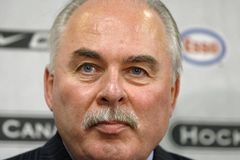