He seemed to know the questions were coming.

But Nail Yakupov, the consensus No. 1 pick at the 2012 NHL draft next month, didn't seem to mind that so many people wanted to know how being Russian played into his week at the league's annual combine.

Teams have concerns, after all, about top players bolting to the KHL after using a high pick to take them, and several enquired in one-on-one interviews what Yakupov's thoughts were on the subject.

When he met with the media on Friday after completing his physical testing, Yakupov was asked about players like Nikolai Zherdev (fourth overall in 2003) and Nikita Filatov (sixth overall in 2008) who flamed out in Columbus, and he tried to distance himself from those two.

The Blue Jackets own the No. 2 pick this year and are believed to be wary of drafting another Russian with the pick.

"You know, every player has his [own]way," said Yakupov, an ethnic Tatar from the Tatarstan region in Russia. "I'm Muslim, I'm not Russian. If you [ask] what happens with the Russian factor, it's [Zherdev's]life and I have my life.

"I've got to work. It doesn't matter what team is going to [take me]in the draft... My new team is my first favourite team in the NHL. I'm going to play and do everything for this."

Yakupov burst onto the North American hockey scene in 2010-11 with a 101-point rookie season with the Sarnia Sting in the OHL and followed that up with 69 points in 42 games in an injury shortened campaign this past season.

While there's a chance Everett Silvertips defenceman Ryan Murray becomes the top pick, it's widely expected the Edmonton Oilers will select Yakupov with the first overall selection in Pittsburgh at the draft and add to their stable of elite offensive prospects.

"We're not sure who this pick is now," Oilers GM Steve Tambellini said. "That's the way it's been the last couple years... When we get to the draft, we'll have our final meeting and we'll decide a day or so before the draft. And that'll be our pick."

What they'd be getting is a player some have compared to Pavel Bure: A lightning quick, agile winger with good hands and an excellent shot who doesn't shy away from playing in traffic.

Yakupov's personality, meanwhile, doesn't fit the stereotype of a typical Russian prospect, as far from standoffish, he comes across as passionate and very much interested mostly in making an impact in the NHL.

"You know what, it is the best moment of my life," he said in response to a question about how he enjoyed the normally gruelling (and thoroughly unenjoyable) combine process. "It started like from here, from now. The combine, the draft. I'm excited to go to work. My parents, my friends [are too] We'll see what happens."

Yakupov met with 18 teams during the interview process this week in Toronto, which is actually a lower number than many of the top prospects are subject to. He described the process as 20 minutes with everyone and a lot of the "same questions" over and over.

He said the oddest questions he faced were about his family and what he was doing this summer.

All of the questioning, testing and meetings with the media hardly seemed to bother him, however.

"It's the best league in the world," Yakupov said. "You've got to work harder... we'll see what happens. It's life. I don't know what will happen tomorrow. For me, I just want to work and do everything [to make]the NHL because it's my dream. I want to show something."

And all that KHL controversy?

Tambellini says only a significant offer will make him trade No. 1 pick
June 1, 2012 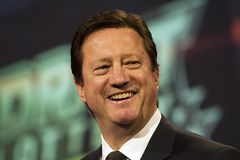 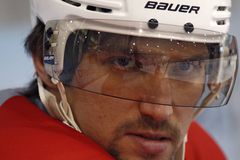 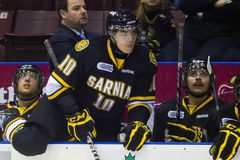