The first hurdle now cleared, a set of successively taller ones looms in the near distance.

As the Montreal Canadiens rest up and reflect on the first round that was – and the second that will soon be – a thought occurs.

For all the talk of defensive game-planning, forward depth, and an advantage in net, there's something more ephemeral about this edition of the Habs: belief, expressed as the stout refusal to yield.

Understanding why that is requires leafing back through the pages of the regular season to an entry on March 15 that reads: Montreal 5, Ottawa 4 (OT).

Last-gasp comebacks are comparatively rare in today's NHL – including the playoffs, the Habs are 38-0-3 this year when leading after two periods – but that night Montreal mounted one for the ages.

Down 4-1 to a bitter division rival with fewer than four minutes to play, centre Lars Eller snapped a 25-game goal drought to make it 4-2 (and didn't celebrate). Just over a minute later, captain Brian Gionta made it 4-3, and then in the final second, David Desharnais tied it up.

Montreal would win in overtime, and while Ottawa undoubtedly collapsed, fans will note the players who led the rally were front and centre against Tampa (they include P.K. Subban, the most dominant defenceman in the Habs/Lightning series).

"We've used the confidence from that game more than once … we know that we can find a way to win," centre Daniel Brière said in a recent interview.

Nice, tidy turning points are for Hollywood; to isolate one event in explaining the posture of a team is a dodgy proposition, and the Ottawa game is perhaps better thought of as a waypoint in a longer, more plodding track.

In the lockout-shortened 2013 season, the Habs showed signs a proper hockey team lurked in their dressing room – before a late-season collapse and swift playoff exit against Ottawa.

"Last year was a disappointing one for us, and we just wanted to learn from that experience," said winger Brendan Gallagher, who has evidently done so.

His five playoff points have tied him for the team lead (with Eller and Subban).

The progression featured a hot start to 2013-14, and continued as the team wallowed through a 2-4 mini-slump in December, a 2-6 stretch in January – which resulted in a players-only meeting to air various grievances – a 1-5 slide in March, and an 11-3-1 finish to the season.

For Subban and goalie Carey Price, who was good against Tampa but can surely ratchet his game a notch or two higher, the education included a gold-medal run at the Olympics.

"It helps you stay calm," Price said of the experience, "to take in how a bunch of leaders that have won on other teams carry themselves, that was [a] very valuable learning experience."

And let's face it, a team that was already pretty palatable – despite the kvetching over Subban's utilization and the off-season signings of Brière and defenceman Douglas Murray – improved considerably at the trade deadline.

From the trade for fleet-footed role player Dale Weise to the deadline deals that saw sniper Thomas Vanek and understated defensive defenceman Mike Weaver ride into town, general manager Marc Bergevin has been busily tinkering with the engine.

He has evidently found the right tuning to make it fire.

"Since I've been here, win or lose, there hasn't been too many highs or too many lows, which in the past on teams I've been on it's a little bit of an issue," Vanek said.

The net result, as defenceman Josh Gorges put it, is "we know that when we need to play our best, we can play with the good teams in this league."

They showed that against the Lightning, recovering quickly from their missteps – on five occasions in the series they responded to a Tampa goal within four minutes.

In the rare instances where they did reach the end of their tether, notably in the third period of Tuesday's close-out game when they tripped over their 3-1 lead, they grimly hung on.

When Price was asked what the series taught the team about what it needs to improve, he cited composure, in the next breath indicating he draws "only positives."

It's an interesting observation from a preternaturally poised player who leads what, through four games at least, is a self-assured team.

Apparently the evolution continues, something Montreal's future opponents will do well to be wary. 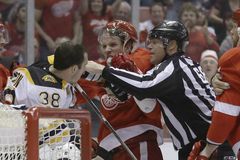 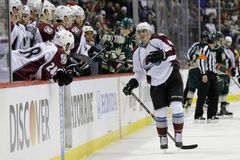