It is close. Achingly close.

It is not yet time to roust the ghosts of 1978-79, but the Montreal Canadiens and Toronto Maple Leafs meet Saturday at the Air Canada Centre with the hockey gods flirting with the idea of a playoff matchup between the NHL clubs for the first time in 34 years.

This city has spent much of the winter envisaging the Toronto Blue Jays bringing back glory days, but with the team losing its first three series for the first time since 1978, the question "Which 2013 Blue Jay will touching 'em all in the World Series like Joe Carter did in 1993?" no longer seems to be multiple-choice. The giddiness has given way to the enforced reality of a 162-game schedule.

But in the meantime, under our noses almost, the Maple Leafs have snuggled up to a playoff spot – to the point where Joffrey Lupul, their indispensable emotional fulcrum, can speak about recovering from a concussion by saying he wants to do "the smart thing … to make sure I'm 100 per cent, top of my game for the playoffs."

And while the Leafs are plugging along, the Canadiens clinched a postseason berth last Thursday, and, with two weeks left to play, it is not out of the question the one-time archrivals will faceoff in the Eastern Conference quarter-finals.

The last time these teams met in the playoffs, a vintage Scotty Bowman team stocked with names like Lafleur, Savard, Shutt, Robinson and Dryden swept the Maple Leafs in four games in the conference quarter-finals en route to winning their fourth of four consecutive Stanley Cups.

It was a series full of future Hockey Hall of Famers (mostly on the Canadiens side) and future coaches and general managers. The teams more or less went their separate ways afterward, with the Leafs moving into a different conference two years later, staying away until 1998-99, when they returned to an eastern grouping.

Since then, the Canadiens developed pitched, vicious rivalries first with the Boston Bruins, then with the Quebec Nordiques, and now back to the Bruins. The Leafs and Canadiens for the most part haven't been good (or even middling) at the same time in recent seasons, and when the Leafs did make the playoffs it was the Ottawa Senators for whom they developed a "thing."

Hence the Battle of Ontario, with Leafs vs. Habs games offering up mostly a dewy-eyed sense of hatred lost – the possible exception coming in 2006-07, when the Maple Leafs beat the Canadiens 6-5 in the final game of the regular season for both teams, eliminating the Habs before the Leafs were eliminated the next day with a New York Islanders win over the New Jersey Devils.

(Take note should the Leafs fall on hard times the final two weeks of this regular season: their final game is April 27, again at the ACC.)

It is no surprise the rivalry fell on hard times, since it has been largely absent the stuff that makes rivalries: playoff meetings involving combustible personalities. And while we're not yet at the point where a generation of youngsters will be able to read Roch Carrier's The Hockey Sweater without asking where the Bruins or Senators jersey is, the possibility is too rich to not desire.

These are the Canadiens of P.K. Subban, Andrei Markov, Alex Galchenyuk, Brendan Gallagher and Brandon Prust; of balanced offence and dynamic special teams, and Carey Price, a terrific goaltender who is seeing fewer shots these days.

It is true this Leafs team is still largely a collection of modest and developing reputations, but like it or not, players such as Colton Orr and Frazer McLaren have given the collective an identity that is finally rooted some place other than the GM's office.

Boring they are not. In fact, this group seems tailor-made to carry off the whole underdog thing and give this starving sports city a diversion until the Blue Jays have a better sense of self.

And what a diversion. 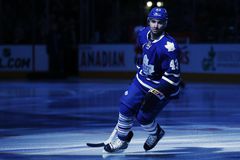 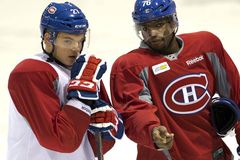 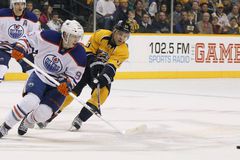 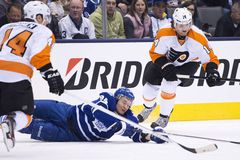 Despite shootout loss to Rangers, Leafs add another brick to playoff wall
April 10, 2013 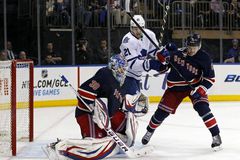 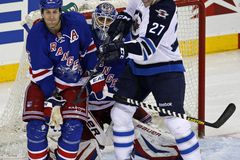 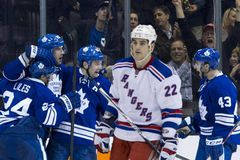