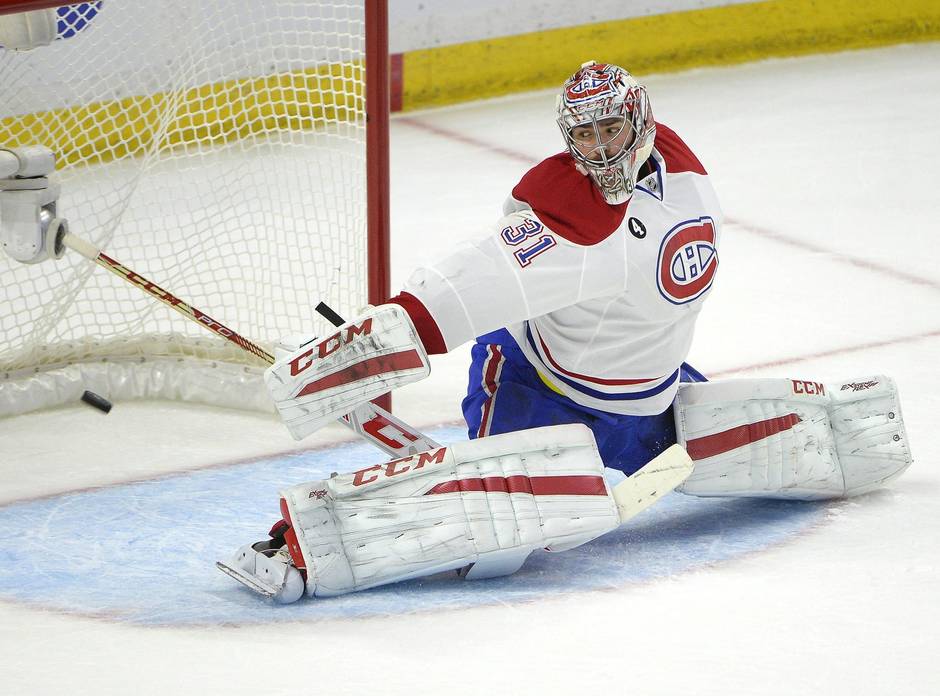 Montreal’s Carey Price was the biggest winner at the NHL awards on Wednesday, capturing the Hart Trophy, Vezina Trophy and Ted Lindsay Award.

Price became the first goaltender since Dominik Hasek in 1998 to be named MVP, top goaltender and most outstanding player as voted by the NHLPA.

In his third acceptance speech, Price smiled and said he’d run out of things to say.

“This award is given to an individual, but it takes a team to support that individual,” Price said.

There seemed little doubt this would be a coronation for Price, who led the league with 44 wins, a 1.96 goals-against average and .933 save percentage.

His 44 wins also were a franchise record, passing the legendary Jacques Plante.

Price was a dominant force as the Canadiens finished first in the Atlantic Division despite being 20th in the NHL in goals.

Price got 27 of the 30 first-place votes for his first Vezina Trophy after leading the NHL with 44 victories, a 1.96 goals-against average and a .933 save percentage. He is the first goalie to lead the league in all three categories since Chicago’s Ed Belfour in 1991, who won the Vezina that year.

Price beat out Alex Ovechkin of the Washington Capitals and Jamie Benn of the Dallas Stars for the Lindsay.

“I’m nervous now than I’ve ever been playing hockey,” Price said in accepting the award from Lindsay, a Hockey Hall of Famer. “My teammates, I couldn’t do this without you guys.” 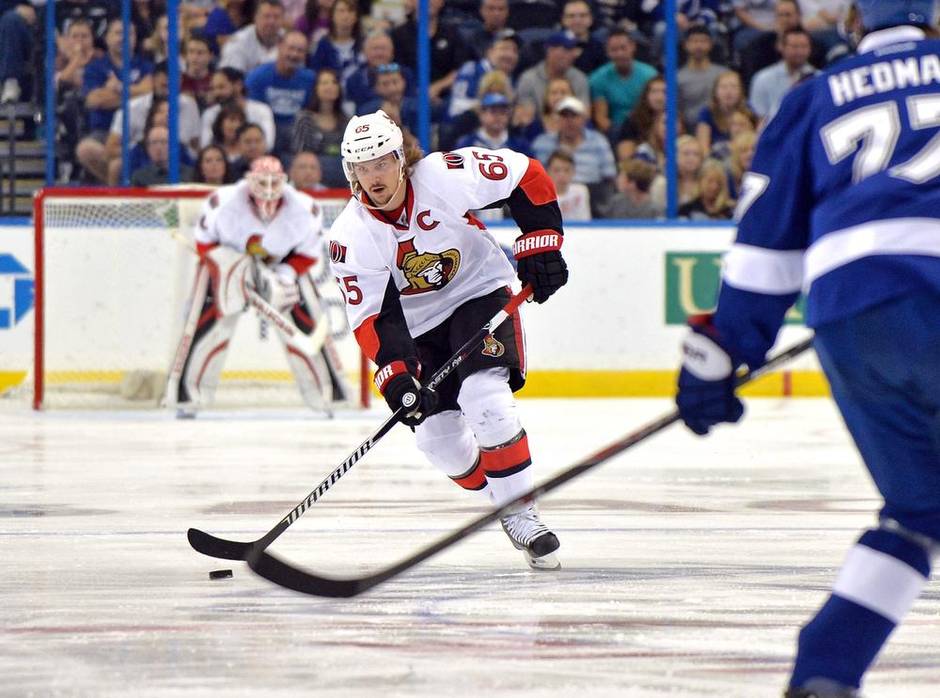 The Ottawa Senators’ Erik Karlsson has won the Norris Trophy as the NHL’s best defenceman for the second time in his career.

Karlsson led blue liners in points for the third time in the past four seasons and helped the Senators make an improbable run to the playoffs.

The Goteborg, Sweden, native had a career high 21 goals, second only to Oliver Ekman-Larsson of the Arizona Coyotes.

Karlsson said he believes he’s a better all-around player than when he won the Norris in 2012.

He finished ahead of Drew Doughty of the Los Angeles Kings and P.K. Subban of the Montreal Canadiens.

Karlsson said to Doughty and Subban: “I still look up to you every day. I think you’re great.”

Karlsson is one of two active players to win the Norris twice, joining Duncan Keith of the Chicago Blackhawks. 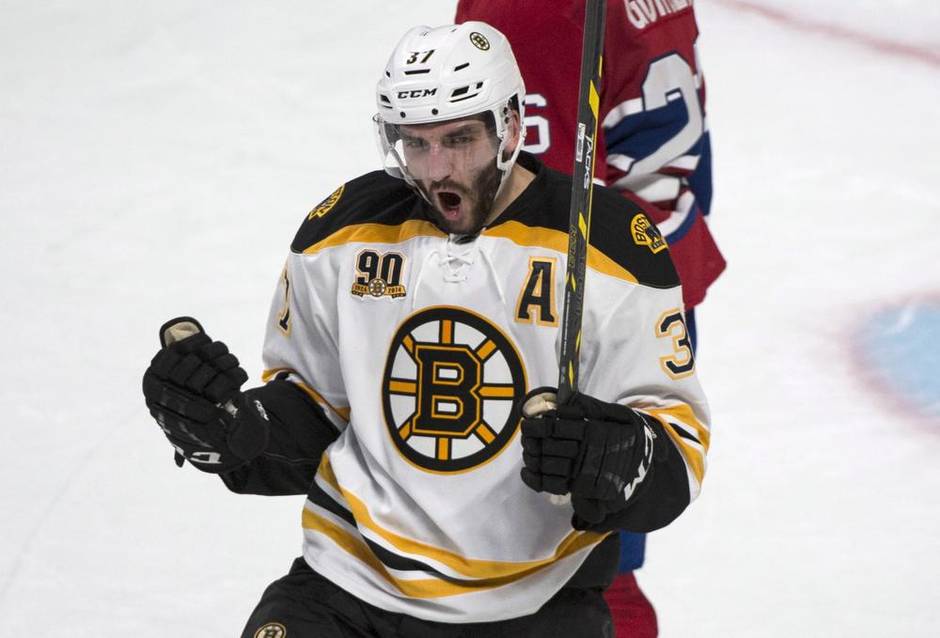 Patrice Bergeron of the Boston Bruins has won the Selke Trophy as the NHL’s best defensive forward for the third time in four years.

Bergeron also won the award in 2012 and 2014. He beat Chicago captain Jonathan Toews and Los Angeles Kings forward Anze Kopitar in the voting.

Bergeron led the NHL in faceoff wins and winning percentage in the just-completed season while ranking as one of the NHL’s best puck-possession forwards. His disciplined two-way game also included 23 goals, 32 assists and a plus-2 rating in 81 games.

Just one forward playing west of the Central time zone has ever won the Selke. 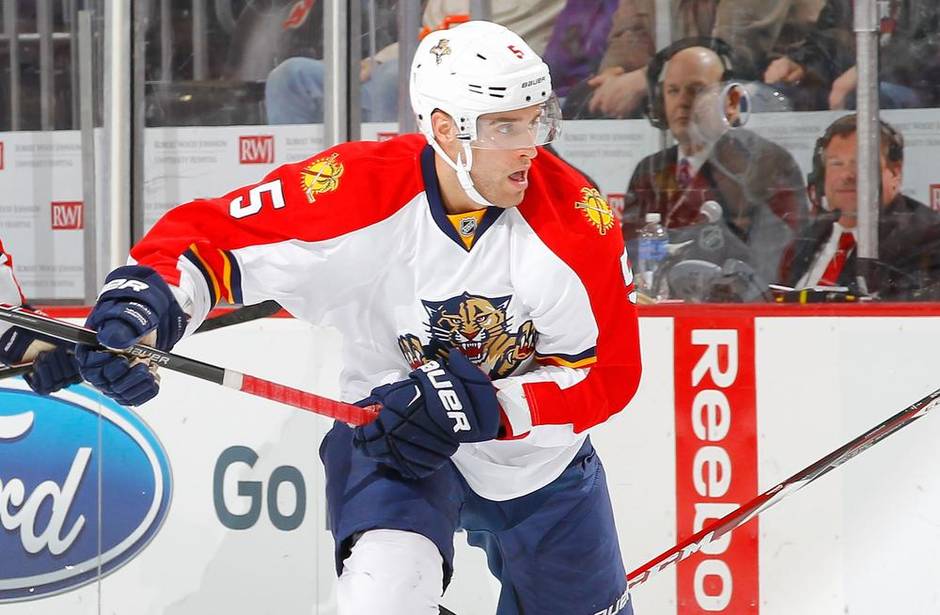 Aaron Ekblad played top-pairing minutes as a rookie, and the Florida Panthers’ No. 1 pick from a year ago earned the Calder Trophy as a result.

Ekblad finished just ahead of Mark Stone from the Ottawa Senators and Johnny Gaudreau of the Calgary Flames in a tight race to be named rookie of the year.

The Windsor, Ont., native set Florida franchise records for goals (12), assists (27) and points by a rookie.

Ekblad’s consistency throughout the season was enough to get him the Calder over Stone and Gaudreau, who had torrid second halves for playoff teams. 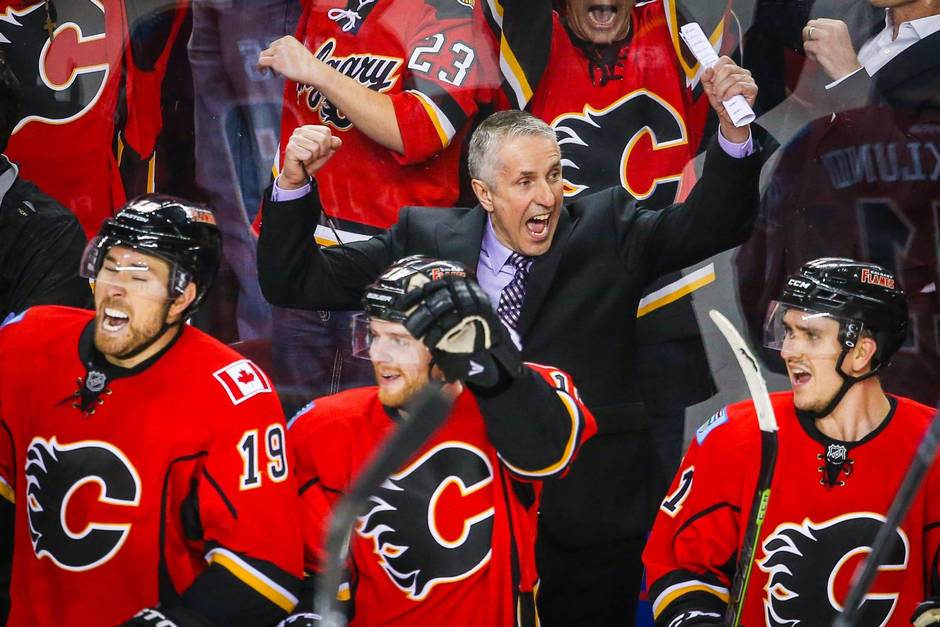 Bob Hartley helped the Calgary Flames stun the NHL to make the playoffs, and was rewarded with the Jack Adams Award as coach of the year.

Hartley was a runaway winner for his first Jack Adams, finishing ahead of the New York Rangers’ Alain Vigneault and Nashville Predators’ Peter Laviolette.

In his acceptance speech, Hartley thanked his previous teams, the Colorado Avalanche and Atlanta Thrashers.

Hartley later said he has changed as a coach with experience since his time with Colorado and Atlanta and credited his players for the award.

“Apart from my wife I don’t think there’s anyone who comes to the Saddledome to watch me,” Hartley said. 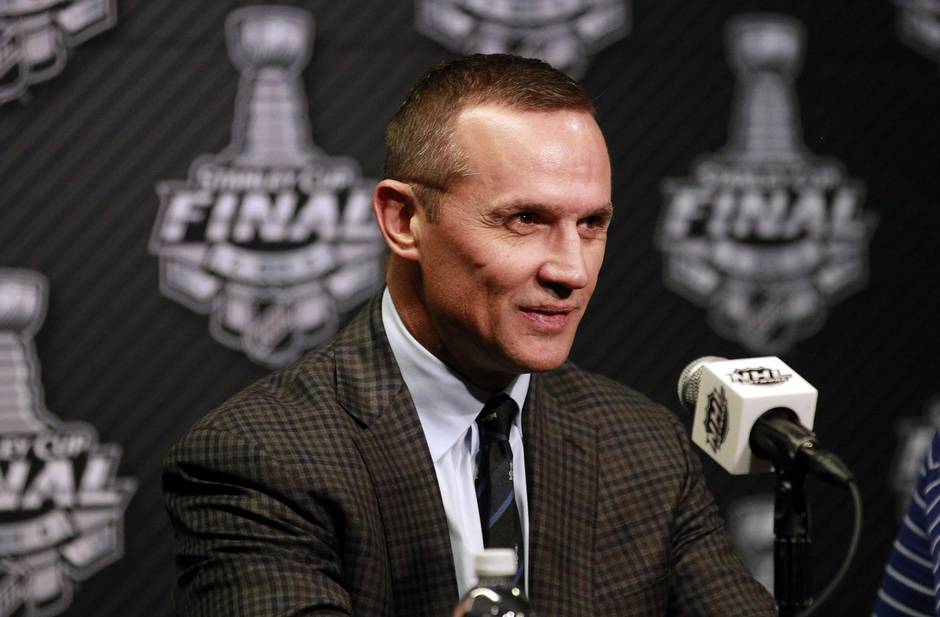 A week after the Tampa Bay Lightning lost to the Chicago Blackhawks in the Stanley Cup final, Steve Yzerman was named the NHL’s general manager of the year.

Yzerman said he’d trade that honour for the Cup and added that while the Lightning have gotten better, the goal is still hockey’s ultimate prize.

Finishing ahead of the New York Rangers’ Glen Sather and Anaheim Ducks’ Bob Murray, Yzerman remade the Lightning from their 2011 trip to the Eastern Conference final.

Yzerman refused to provide an update on contract-extension talks with captain Steven Stamkos, who could be an unrestricted free agent next summer. 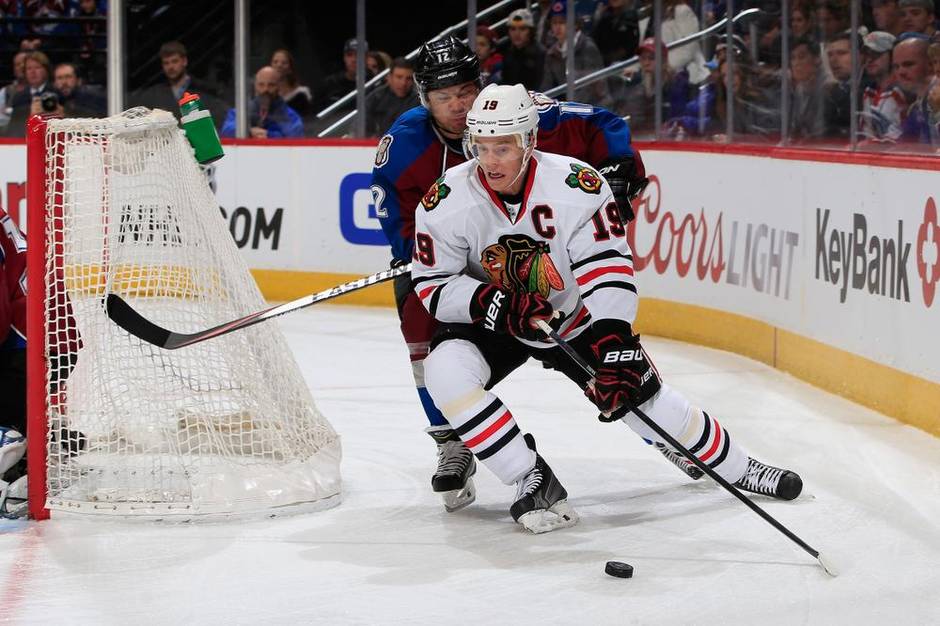 Chicago Blackhawks captain Jonathan Toews has won the Mark Messier NHL Leadership Award for his commitment to charities and service.

Toews participates in several off-ice endeavours with the Blackhawks, including Make-A-Wish Foundation activities and other charities back home in Winnipeg. On the ice, Toews led Chicago to its third Stanley Cup title in six seasons earlier this month.

Anaheim Ducks captain Ryan Getzlaf and Winnipeg Jets captain Andrew Ladd were the other finalists for the award. 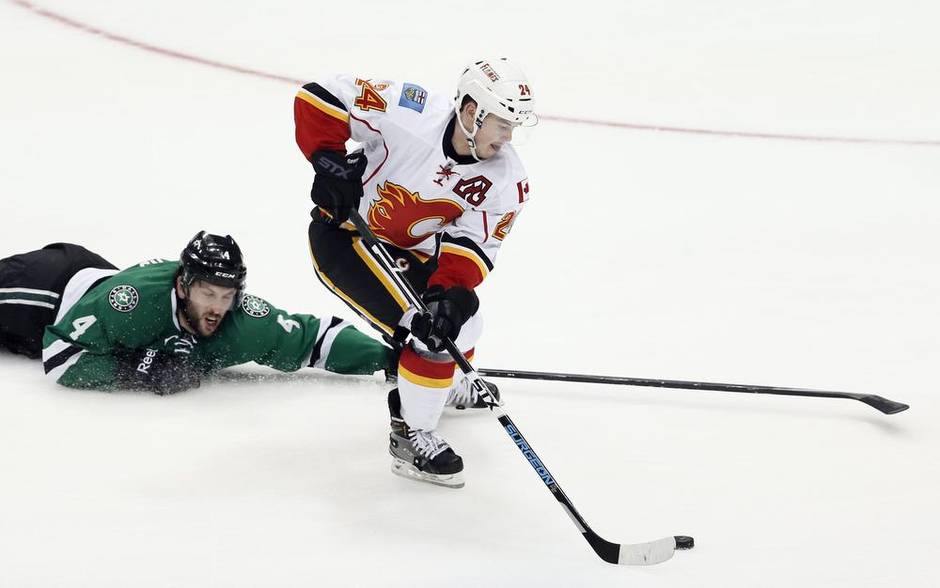 With 14 penalty minutes, Hudler had the fewest of the NHL’s top 20 scorers.

Hudler finished eighth in scoring with a career-high 76 points.

The 31-year-old native of the Czech Republic finished ahead of Pavel Datsyuk from the Detroit Red Wings and Los Angeles Kings’ Anze Kopitar.

Hudler joined Flames coach Bob Hartley as a winner, as he walked away with the Jack Adams Award earlier in Wednesday night. 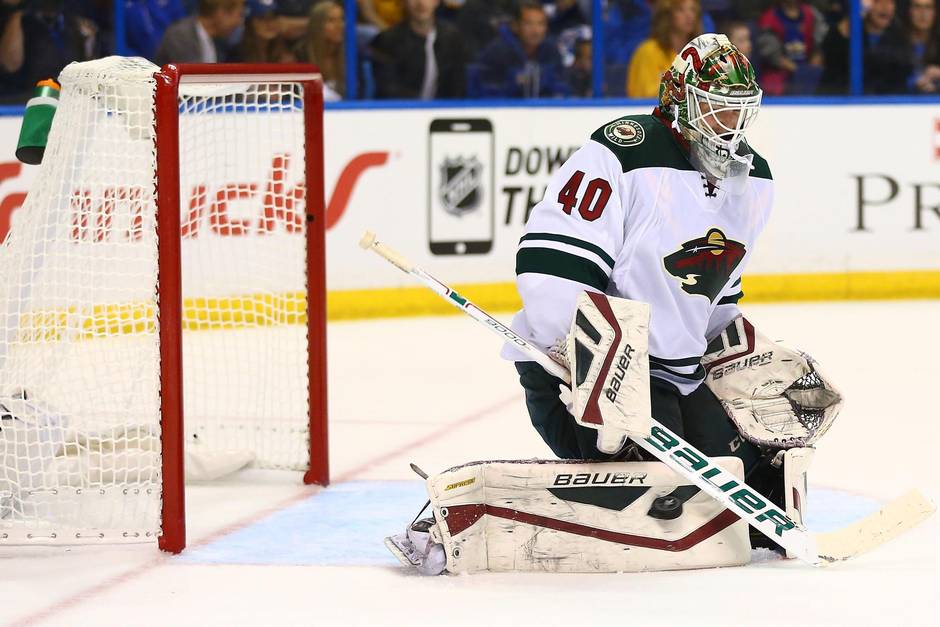 Dubnyk started a franchise-record 38 straight games in almost single-handedly turning the Minnesota Wild into a playoff team after being traded from the Arizona Coyotes.

In 2013-14, Dubnyk was traded from the Edmonton Oilers to the Nashville Predators and later to the Montreal Canadiens and finished the season in the minor leagues.

On a one-year deal worth US$800,000, Dubnyk played well for the Coyotes and then starred for the Wild.

Dubnyk went 27-9-2 with a 1.78 goals-against average, .936 save percentage and five shutouts in getting Minnesota from 12th place in the Western Conference to a wild-card spot.