On the opening night of the Stanley Cup final series, the New Jersey Devils forward was channelling his inner Diego Maradona, trying to re-enact the famous "Hand of God" moment in the 1986 World Cup – a goal that helped Argentina eliminate England in the quarter-finals and ultimately win soccer's biggest prize.

Parise, the Devils captain and all-around best player, was sprawled in the Los Angeles Kings goal crease in the third period of Wednesday's game. It was a 1-1 tie, the puck was lying free, just to the side of goaltender Jonathan Quick.

Even a contortionist couldn't have reached it with his stick, so, naturally, Parise did the next-best thing. He gently brushed the puck into the net with his glove and then crossed his fingers.

"You hope the cameras are off for a second and the video review didn't catch it," Parise said with a laugh.

The Devils weren't having any success getting pucks past Quick in more traditional fashion. The only legal goal they scored in a 2-1 defeat was an own goal, a puck that deflected in off the shoulder of Kings defenceman Slava Voynov.

But referee Dan O'Halloran was nicely positioned behind the net to witness Parise's trickery.

The "Hand of Zach" will not go down in history as a defining Stanley Cup moment.

"He waved it off right away," he acknowledged. "I knew it wasn't going to count."

Parise spent a good half-hour with reporters after practice Friday, discussing all manner of topics, except the one that's off-limits: his future with the organization, as unrestricted free agency approaches on July 1. Understandably, the only thing on Parise's mind is the present, and how the Devils can get back into the best-of-seven series.

Still, it doesn't mitigate against the local fear and consternation that, if the Kings happen make quick work of the Devils in this series, then Saturday's game could theoretically be Parise's final appearance at the Prudential Center in a New Jersey uniform.

He is the best homegrown talent developed by the organization in a generation, the polite, smiling, articulate talented face of the franchise.

After seven seasons, 502 games and 410 points, seeing the 17th player chosen in the 2003 NHL entry draft walk away without compensation would really sting.

But there have been departures and defections as well, which explains the uneasiness about Parise's intentions.

Parise, only 27 and a dynamic, skilled forward, is going to cash in, no matter what happens. He is from Minnesota, so that is thought to be an appealing destination.

One of the unique back stories of the 2012 Stanley Cup final is that either Parise or his Los Angeles Kings counterpart, Dustin Brown, will become only the second U.S.-born player to captain an NHL championship team after Derian Hatcher in 1999, with the Dallas Stars.

There was a feeling, for a time, that American stars were critical to help grow the game in the U.S. But New Jersey struggles to sell tickets and, while the Kings have had reasonably full houses for a couple of years now at Staples Center, there hasn't necessarily any extra publicity value to having marquee Made in the USA stars.

Winning trumps all, and it doesn't seem to matter if you win with a Slovenian (Anze Kopitar), Russian (Ilya Kovalchuk) or American leading the way.

Winning was on Parise's mind Friday, as he noted the Devils have been down this slow-starting path before in the playoffs and eventually found their way back in.

"We've been down 1-0, we've been down 2-1, we've been down 3-2," Parise said. "We've done it all this playoff. Regardless of whether we won or didn't [in Game 1] we just know that wasn't nearly out best effort. That's what our mentality is. We can and will be a much better team than we showed." 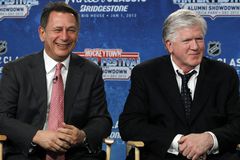 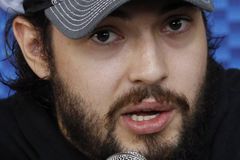 Analysis: Kings Game 1 dominance evident in the numbers
May 31, 2012 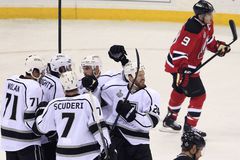 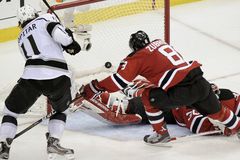