Justin Schultz was able to pass the baton off to Zach Parise.

After being courted by NHL teams at the Newport Sports offices in suburban Toronto for much of the week, Schultz agreed to terms with the Edmonton Oilers on Saturday afternoon. The first big free-agent decision of the summer came several hours before the floodgates were set to officially open at noon ET Sunday and left Oilers general manager Steve Tambellini in a celebratory mood.

"What a way to start the free-agent period," Tambellini told reporters in Edmonton.

It gave Schultz plenty of time to clear out of Don Meehan's high-powered agency before Parise's expected arrival on Sunday. The former University of Wisconsin defenceman took advantage of a loophole in the collective bargaining agreement to become a free agent and garnered plenty of interest.

"I was always kind of set on making my decision before the July 1 free agency just out of respect for the other teams," Schultz told The Canadian Press. "I was definitely glad to be out of there and have this over with. Hopefully, I can just go on with my life and work to being a part of the Oilers next year."

Even though Schultz has yet to play a NHL game, he was considered one of the top players available in free agency this year. Twenty-six teams showed interest in him and Edmonton's sales pitch included phone calls from Wayne Gretzky and Paul Coffey.

As it turns out, the Oilers secret weapon might have been new head coach Ralph Krueger, who sat down face-to-face with Schultz and quickly won him over.

"It was awesome when I met him and I'm really excited to hopefully get the opportunity to play for him," said Schultz.

Teams will have the opportunity to do something similar with Parise starting Sunday. The New Jersey Devils captain, easily the most attractive forward expected to hit the open market, plans to bunker down with agents Wade Arnott and Meehan while making a decision on his future.

It's a vastly different strategy than the one employed by the other blue-chip free agent — defenceman Ryan Suter — who planned to remain at his farm in Wisconsin. His agent, Neil Sheehy, will man the phones in Minnesota.

Numerous teams are expected to make pitches for the two players, with some likely trying to pull off a coup by landing both of them.

Such is life in a free-agent class that has been branded as weak. A more accurate adjective for the group might be "unusual," with longtime New Jersey Devils goalie Martin Brodeur, longtime Phoenix Coyotes captain Shane Doan and veteran winger Jaromir Jagr among the players who could find a new home.

Also hanging in the air is an unusually high number of impact players available on the trade market. Columbus Blue Jackets forward Rick Nash, Vancouver Canucks goalie Roberto Luongo and Anaheim Ducks forward Bobby Ryan are among those being shopped.

"I think this is a year that maybe you can do as much with your team through trading as you can through free agency," noted Tambellini.

Schultz is seen as perfect acquisition for the rebuilding Oilers. The native of West Kelowna, B.C., will turn 22 next week and is virtually assured of playing in the NHL next season.

"The core of young talented players they have there is very impressive," said Schultz. "To be able to have the opportunity to grow up and play with those will be pretty cool."

Schultz was originally a second-round draft pick of the Anaheim Ducks in 2008 and spent the last three seasons at the University of Wisconsin. He elected to become a free agent rather than join the Ducks.

The Oilers gave him a two-year, entry-level deal that will pay US$925,000 in salary and can include up to $2.85 million in annual bonuses. It's the exact same contract every other interested team was allowed to offer under the CBA.

"He had a choice to select his team and where he wanted to grow as a (NHL) player and he chose the Edmonton Oilers," said Tambellini. "I can't wait to see him at camp."

On Saturday, a few players chose to sign new contracts rather than become free agents:

It was particularly notable that Doan was not among the players who received a new deal before free agency hit. The 35-year-old has spent his entire career with the Coyotes organization and has maintained all along that there's nowhere else he'd like to play.

But with the team's situation ownership still uncertain, he may take a look around for what else is out there.

"I've never went to (free agency), but I'm curious to see it," Doan told The Canadian Press earlier this week. "At the same time, I'm in a unique situation in the fact that I think everybody knows I want to go back to Phoenix. But at the same time if Phoenix isn't in Phoenix — then that's different." 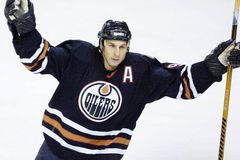 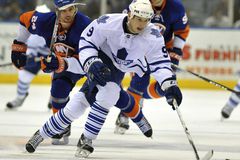 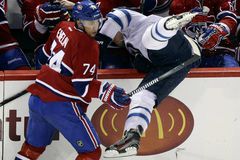 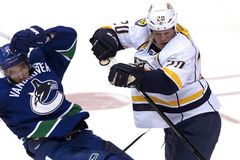