Ken Hitchcock has a theory on how to deal with his team not scoring a lot of goals.

"Just not talk about it," he said. "Talk about something else."

That's the approach the Stanley Cup-winning coach is taking with his St. Louis Blues, who have gone through a mini scoring slump. Of course they still lead the Western Conference, which is based on large part on being one of the NHL's stingiest defensive teams.

"I've always believed, like a lot of coaches, if you're not scoring, talk about checking. If you check better, you're going to get more chances," Hitchcock said Monday at Air Canada Centre. "The structure of our game, we're just going to weather the storm. The structure of our game has got to stay solid like it is right now, and then we'll weather it and we'll come out on the other side fine."

An 82-game regular season is a totally different animal than the Olympics, but a similar philosophy guided Team Canada to gold. Worries about a lack of offence from star forwards — at least externally — lasted well into the playoff round, but those were quieted by dominant play on the puck.

"It's about controlling the hockey game. And you don't control the hockey game with offence, you control it with checking," said Hitchcock, who was one of Mike Babcock's assistants in Sochi. "We were tied or leading by one goal — we weren't concerned with the way we were playing that we weren't scoring. It doesn't matter if you're leading 5-4 going into the third period or 1-0 as long as you have the lead you're in good shape."

Like with Canada, Hitchcock said he feels comfortable seeing the Blues checking well because it means they're "committed to the right things." One of those things he's proud of is that for a couple of games in a row St. Louis has displayed a high work standard.

To Hitchcock, that's a bigger deal — the way the Blues play — than having an offence that's always rolling or a power play that's constantly clicking at a high rate. As far as special teams go, he's more concerned about the penalty kill and what that could mean come playoff time.

"I've seen a lot of (teams) who have had bad power plays do really well in the playoffs, but I've never seen any team play worth a damn if you can't kill penalties," Hitchcock said. "It's more on can you kill the penalty at the right time because you can live with poor power plays and still win hockey games. But you can't survive if you can't kill penalties because your whole game falls apart, you're nervous, you're uptight, you panic and we've got to be great killing penalties."

That would also follow Canada's blueprint. The gold-medal-winning Canadians converted on just 16.67 per cent of their power plays in six games, middle of the pack in the tournament, yet led the Olympics with a 93.75 per cent penalty-killing rate, giving up one goal on 16 chances.

Hitchcock, though, must guide the Blues through choppier waters than Canada endured at the Olympics. Sixteen playoff victories are required to win the Stanley Cup, and most of those won't be by large margins.

Perhaps that's one way the Blues' balance plays in their favour. The have no one player in the top 35 in the league in scoring, but 10 with at least 30 points, led by Alex Steen and T.J. Oshie's 54.

St. Louis isn't built on scoring, which means they could be built to withstand droughts like this.

Until then, the Blues are happy to talk about — and execute on — checking well and frustrating opponents in the process. 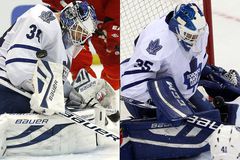 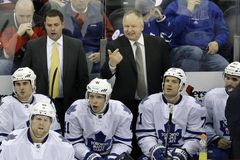 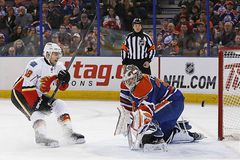