Slapping a Canadian Maple Leaf on your backpack when travelling abroad may have its perks, but Craig Klinkhoff has found an even better way to make friends in foreign lands.

He's one of the young Montrealers behind Hockey Without Borders, a Canadian non-profit organization that aims to support fledgling ice-hockey programs in the unlikeliest of places.

"No matter where I went with my hockey equipment, when I'm meeting people from a local hockey community, they embrace you immediately," Klinkhoff, 23, said in an interview.

"You meet people that are so different from you culturally, even in some cases they don't speak any English, but they treat you like you're best friends."

Founded in 2011, the organization now has programs in Serbia, Turkey, and Bosnia and Herzegovina.

While those are hardly hockey hot spots, Klinkhoff says the sport has a small but devoted following in each country. The idea is to send over young Canadian coaches to help the locals improve their existing program.

It's not, Klinkhoff emphasized, to push hockey on communities with no interest in the game.

"We don't go somewhere and say, 'You're going to play hockey now,"' he said. "We go because a local organization or club has asked us to help a hockey program."

The project was started on an informal basis a few years earlier by another young Canadian, Fred Perowne.

The native of Sherbrooke, Que., and former U.S. college player developed strong ties while playing in Serbia's professional league in the early 2000s.

Perowne ended up playing for the country in international competition and worked as an assistant coach for its junior teams, bringing over several other Canadians to help out.

The idea for Hockey Without Borders grew from there.

The organization now has three coaches in Serbia, working with roughly 100 young players, another two in Sarajevo working with 60, while 20 youngsters took part in a recent program in Turkey.

Organizers for Hockey Without Borders say the program isn't just about sport — and that it offers valuable life lessons for everyone involved.

"We see hockey as this incredible tool to teach other things in life, like leadership."

As an example, Robbins pointed to the experience of a young man in Turkey who credits hockey with changing his life.

It's far from common to spot a hockey stick or skates in Ankara, a bustling city of 4.3 million people, but a small segment of the city's youth has gotten the bug, Robbins said.

Can Acar, 23, said hockey helped turn his life around.

"I used to be so lazy that I didn't even leave my house for one month or more," Acar said in a video produced by Hockey Without Borders.

"After I started hockey... it makes my life better."

The program in Ankara is run with the help of the local Police Academy hockey club, which has a team in the Turkish hockey league. It's designed to expose the players to English and offer a glimpse into a world beyond their own.

"This is a social program that allows people to get out and learn life skills from playing," Klinkhoff said.

"The hockey community is where they form their friendships."

Most of the players in Turkey only have a few years' experience on the ice. While many draw from the experience of playing roller-hockey, Klinkhoff said they would struggle against a decent rec-league team in Canada.

In Serbia, the skill level is rapidly improving and the country recently won the Division II under-18 World Championships, he said.

In Sarajevo, the locker rooms are in the complex from the 1984 Olympics but the ice surface was moved to a dome in the adjacent parking lot. Players have to put skate guards on and walk about 100 metres to get on the ice.

Hockey Without Borders is hoping to set up more programs in future — but for now, it's concentrating on keeping things running with those already underway.

At the moment, the funding comes almost entirely from the volunteer coaches themselves, who must pay for their own flight abroad.

The organization has agreements in place with host clubs to provide an apartment and food, along with coaching-related expenses. It is trying to line up private and corporate sponsors to subsidize the cost of air fares for the coaches.

"Hockey Without Borders is only about a year and a half old," Klinkhoff said.

"We think it'll be an attractive program to donate to if one believes in the many benefits of hockey." 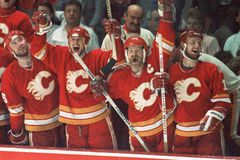 Why Huberdeau stands out among NHL rookies
March 29, 2013 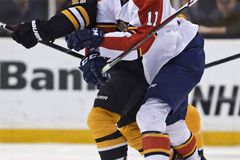 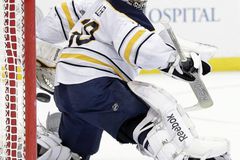