Below is a chronological look at how The Globe and Mail covered the trade of 'The Great One' 25 years ago.

Rumours to the contrary, Gretzky staying with Oilers

Rumours that Wayne Gretzky, the high-scoring centre for the National Hockey League's Edmonton Oilers, may be traded to the Los Angeles Kings have been scoffed at. "It's a rumour, leave it at that," Oiler coach Glenn Sather said when asked about the possibility of such a move. "These sort of things have been discussed for the last six years." Rogie Vachon, general manager of the Kings, said he has heard nothing about a trade involving Gretzky. "If anything like this had been discussed, I'm sure it would be between the two owners," Vachon added. The rumour of a trade comes on the heels of Gretzky's wedding July 16 to Hollywood actress Janet Jones. The couple said they planned to maintain homes in Edmonton and Los Angeles.

At his own request, Wayne Gretzky of the Edmonton Oilers, the greatest player in National Hockey League history, has been traded to the Los Angeles Kings. Mr. Gretzky, who broke down at a press conference yesterday and was unable to continue his explanation of the events, said he initiated the move for the good of his family, his sport and his career. ... In return for Mr. Gretzky, forward "defenceman Marty McSorley and centre Mike Krushelnyski, the Oilers will receive L.A. forwards Jimmy Carson and Martin Gelinas, three first-round draft picks and an undisclosed amount of cash. The draft picks will accrue to Edmonton in 1989, 1991 and 1993, and the cash is reliably reported to be about $5-million (U.S.). Mr. Gretzky said he approached club owner Peter Pocklington, saying: "For the benefit of Wayne Gretzky, my new wife and our expected child in the new year, it would be for the benefit of everyone involved to let me play for the Los Angeles Kings." Mr. Pocklington, who stands to lose substantial revenue as a result of fan backlash against Mr. Gretzky's departure, referred to the player's July 16 marriage to actress Janet Jones and said, "Anyone involved in a committed relationship who wants to have a family knows that changes are brought by marriage. I truly understood when Wayne approached me and asked to be traded to the Los Angeles Kings."

The trade even captured the imagination of New Democratic Party House Leader Nelson Riis, who issued a tongue-in-cheek press release suggesting that the federal Government intervene to stop the sale of an irreplaceable Canadian commodity. "Wayne Gretzky is a national symbol like the beaver, Pierre Berton and Harold Ballard," the release said. "[It's] like the Wheel of Fortune without Vanna White. … They may as well have sent Wayne to the moon as send him to L.A. Everybody knows that Los Angeles isn't a hockey town – they wouldn't know a hockey puck from a beach ball." Earlier in the day, irate Edmonton fans jammed telephone lines at the Oiler office after a radio station reported that Mr. Gretzky, holder of 41 NHL records, was about to be traded. Many callers blamed Mr. Gretzky's new bride for luring her husband away. Some callers even likened Janet Jones, a former Playboy magazine model, to Yoko Ono, whose marriage to John Lennon was blamed by many rock music fans for the breakup of the Beatles.

There is already glee in Calgary where the Flames, so often bridesmaids to the Oilers, now feel that they have a serious chance of winning the Stanley Cup. There is also joy in Los Angeles. Even though the Kings have never been serious contenders, hope springs eternal that Gretzky's arrival can spur the team to greater production than it has ever known. ... In Detroit, Red Wing fans now believe that after their team cruises to the Norris Division crown once again, it actually has a chance of getting to the Stanley Cup final. The automatic dead-end that used to exist in Edmonton has been removed. In fact, to put it simply, in every city with a National Hockey League franchise, there is a not unreasonable expectation that Gretzky's departure will weaken the Oilers and therefore improve the local team's Stanley Cup chances. If the Oilers aren't weaker after this, then Glen Sather will not only deserve to be named coach of the year but coach of the century.

The Alberta Government should have a say in the Wayne Gretzky trade if his personal-services contract has been sold to the Los Angeles Kings, provincial opposition leaders say. Gretzky, traded to L.A. by the Edmonton Oilers, was under a personal-services contract to Oiler owner Peter Pocklington. That contract has been used as collateral for loans Pocklington took out with the provincially run Alberta Treasury Branch. Gretzky said yesterday that his contract remains in effect with the Kings. It is not clear if he is covered by a separate playing contract as well as the personal-services pact. "His contracts have been pledged repeatedly by Peter Pocklington in his various financial dealings with the Alberta Government Treasury Branch," New Democrat Leader Ray Martin said.

Skating off to L.A.

Gretzky's gone. Poof, disappeared. Shed a tear and left. Say it ain't so. Not since Wallis Simpson stole away Edward VIII has a woman so robbed a country. Ms. Jones – we called her Janet just a few weeks ago – has broken our collective heart. We pray she does not break his, but Wayne, it's going to be murder for you next year watching the Flames and Canadiens in the Stanley Cup final, and thinking that you're not there, where you should be, showing the whole hockey world how the game is played, but that your lousy stinking team didn't make it past the first round. ... Think of it. Canada's two finest hockey players, Gretzky and Mario Lemieux (remember their poetry during the last Canada Cup?), playing in Los Angeles and Pittsburgh. Los Angeles and Pittsburgh, for heaven's sake.

Duhatschek: Gretzky and the deal that changed the game
August 2, 2013 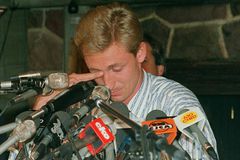 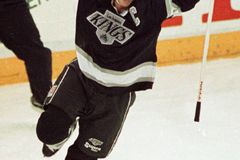 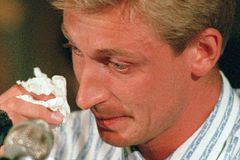 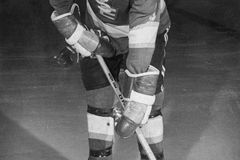