Eric Staal was in hiding. The Carolina Hurricanes were in Toronto, the centre of craziness around the NHL's trade deadline, and their captain was at the epicentre of it all. Only on Thursday morning, before their game against the Toronto Maple Leafs, he wasn't on the ice or in the dressing room to face the cameras.

After his musings last week – that he wouldn't be "crushed" if he was dealt – made headlines league-wide, Staal had had enough of microphones and cameras.

So his brother took the questions.

"It's obviously a tough time for Eric," said Jordan Staal, also a Hurricanes centre. "It is part of the business, but we want to make the playoffs. We're trying to push for that. That's been my goal."

It's a realistic one, too. But if Eric Staal waives his no-trade clause, he will immediately become the biggest name in the trade sweepstakes leading up to Monday's 3 p.m. ET deadline, especially after Winnipeg shipped captain Andrew Ladd to Chicago on Thursday night.

This has created a gut-wrenching situation for Hurricanes management. Not only is Staal their captain, but Carolina is still right in the mix for the franchise's first playoff berth in seven years, two points out of an Eastern Conference Wild Card spot. General manager Ron Francis would love to end that playoff drought, especially with only one year left on his contract and attendance in Raleigh bottoming out at less than 12,000 fans a game.

But in the bigger picture, the reason the 'Canes are so close to the postseason is their youth movement is working.

For the good of that future, they need to move Staal for more assets, the way the Jets did for Ladd.

Unlike Winnipeg, however, Carolina keeps winning games and hanging in the race. The 'Canes were on an impressive 20-10-6 run before facing the Leafs on Thursday, and having the two veteran Staals down the middle has been a huge part of that success. "You've got two 6-foot-4 centremen who are hard to match up and play against," Carolina coach Bill Peters explained. "That's been a big piece."

Carolina isn't the only team in that difficult situation, weighing whether to deal their rental players. New Jersey, Philadelphia and Ottawa are all also on the cusp of playoff spots, yet also in the midst of rebuilds.

They're not contenders, even if they reach the postseason, but it's a difficult notion to sell to the fan base – dumping integral players and giving up on the season. But the NHL's salary-cap system has made it vital to keep good young players cycling through the development system, and narrowly missing the playoffs while not trading your rental players is doubly bad.

These days, you have to be in or out when it comes to the deadline.

The hottest rumours around Staal connect him to the New York Rangers, who are in win-now mode with goaltender Henrik Lundqvist set to turn 34 years old next week. The biggest pull for Staal – who isn't getting any younger at 31 – would be playing with brother Marc on a contending team and pushing for a second Stanley Cup.

The awkward part is Eric would have to leave Jordan – who was traded to Carolina from Pittsburgh in June, 2012 – in order to play with him.

Jordan Staal could only laugh when asked about the Rangers as a possible destination.

In the end, whatever happens is in Eric Staal's hands. The 'Canes can't deal him without his blessing, which means he can dictate which teams he is willing to go to. All indications are New York would top that list.

Francis, meanwhile, is waiting until the last moment to decide whether or not to ask Staal to waive his no-trade clause, hoping that a couple wins or a couple losses before Monday will clarify just how real Carolina's playoff chances are.

It's no guarantee Staal will say yes to a move. It's also no guarantee the 'Canes can even get a great return if he only allows a move to one or two teams. But a trade is what makes sense for a team on the rise.

"It's a difficult situation for our management and for players, as well," Jordan Staal said. "Whatever they decide, we're going to keep working. I know I'm going to keep showing up to try and make the playoffs. That's all we're focusing on." 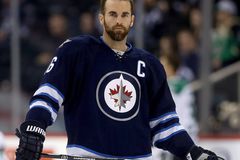 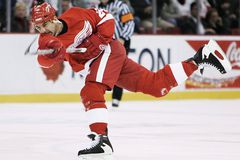 It’s fun to speculate, but beauty of the trade deadline is its unpredictability
February 23, 2016 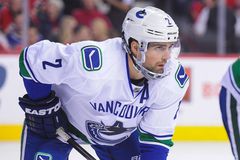 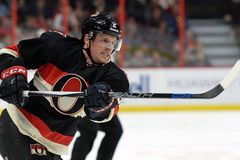 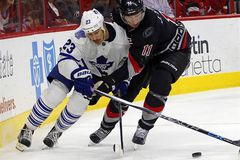 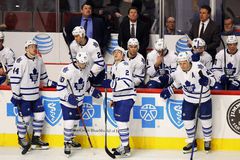 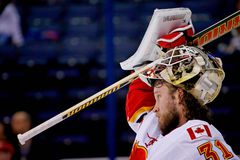