Hockey night in St. John's, N.L., is a sold-out party that takes the edge off the growing threat that this year's NHL season may be shortened or nixed.

The celebrated squad quickly made its mark as a leading contender in the league's Eastern Conference as players like goalie Eddie Pasquale, captain Jason Jaffray and right-winger Spencer Machecek became household names.

Fans had been starved for this calibre of pro hockey since the St. John's Maple Leafs left in 2005. They ate it up as their IceCaps made a thrilling playoff drive to the final four before flaming out last May against the Norfolk Admirals.

Win or lose, a wildly loyal fan base had solidified and only appears to be growing as a protracted NHL lockout over revenue sharing seems likely.

The Mile One Centre's 6,287-seat capacity for IceCaps games is regularly sold out, and support for the popular 50-50 draw is a testament to Newfoundland's famed generosity. The biggest jackpot last year was about $23,500 for the winner while local charities got a share of the other half, said co-ordinator Murray Chaplin, a longtime local hockey fan who helps sell tickets for the draw.

"The fans are just terrific," he said of IceCaps supporters. "They are very knowledgeable. They know the game, they know what they expect from the players.

"Last year we generated with the 50-50 gross sales of $1.3 million of which half went to the winners and the remainder to the various charities. It's a win-win situation."

Team captain Jason Jaffray recently returned to the lineup after recovering from a hit last March that ended his season and led to spinal fusion.

"I've had a lot of support around the city," he said. "A lot of fans have said they were excited to have me back. In the off-season, when I was looking to re-sign, I mean, this was obviously my number one choice and the fans and management were a very good reason why."

For IceCaps president and CEO Danny Williams, the former Newfoundland and Labrador premier who is also a hockey fan and recreational player, the team mixes business with pleasure.

"This is a hockey town," he said in the crowded halls of Mile One Centre as fans in full IceCaps regalia headed to their seats on a recent game night. "This is a town that, for as long as I can remember, has always had good hockey of high calibre and really there was a big demand for it."

Offshore oil wealth has vaulted the provincial economy to record highs in the last decade, and signs of that new prosperity are especially seen in the capital St. John's.

"The energy in the building is always very much alive."

Still, Williams said he hopes the NHL dispute is resolved soon for the sake of IceCaps players who dream of making it at that level. Several players such as centre Alex Burmistrov, who was full time with the Jets last season, are back in the AHL as the lockout continues.

"Each and every one of these 30 men ... who are playing hockey for us and playing their heart out each and every night all strive for an NHL career," Williams said.

Enthusiasm for the team spreads beyond the rink to the pubs that line nearby George Street, and other businesses.

"I've got season tickets and a couple of times, when we can't make it or whatever else, it's not hard to give them away," said Andrew Corbett, who sells IceCaps merchandise at his downtown store Maverick Sports & Collectables.

The team has also been good news for bars that would otherwise lack for live NHL games to televise during long fall and winter nights.

"Game nights are crazy," said Andrea Carroll, manager of Kelly's Pub near the Mile One Centre. "It seems like everybody's more happy now. There's still hockey going. It's not the NHL, but it's still hockey." 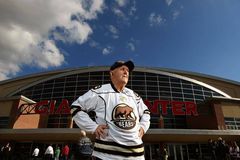 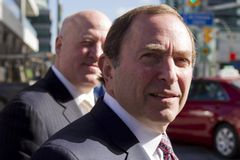 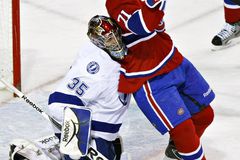 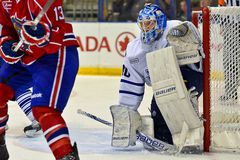