If NHL players are to continue participating in the Olympics, it's going to involve a delicate political dance.

The issue was not resolved as part of the tentative collective bargaining agreement reached by the NHL and NHL Players' Association early Sunday morning and will now need to be hammered out between those parties and two others with strong ties to Rene Fasel — the International Ice Hockey Federation, of which Fasel is president, and the International Olympic Committee, of which he is an influential member.

It's been clear for some time the NHL is seeking to receive more of a direct benefit for closing its doors every four years in February and handing over its most important assets. The tension was evident when NHL commissioner Gary Bettman and Fasel held a joint press conference at the 2010 Vancouver Games and Bettman lamented being nothing more than an "invited guest" at the Olympics with no say in how the event was run.

Fasel has stepped lightly around the issue ever since and acknowledged to The Canadian Press on Tuesday that he's prepared to start addressing some of the NHL's concerns soon.

"Once the CBA is ratified and there has been some cooling-down period, we will sit together with the IOC, the NHL and NHLPA to find solutions how to make sure that Sochi 2014 becomes the fifth consecutive best-on-best Olympic event," said Fasel. "As I have always pointed (out) whenever asked questions about NHL players' participation, our doors are always open and I am confident that we will find ways — like we did in Nagano, Salt Lake City, Turin and Vancouver — to stage this event on the biggest sporting stage there is."

The NHL is expected to continue making a big international push over the course of its new CBA, as evidenced by an article devoted to that topic in the document. Not only does it include a clause saying every team in the league has to make at least one international trip before the deal expires in 2022, but there is also a section covering "new international business ventures."

That is the only place where Olympic participation is mentioned, which is unusual since the Games have not been a money-making venture for the league. Essentially, the NHL has provided the players while the IOC reaped the financial benefits.

Now the NHL is looking to get a little more out of that relationship. According to sources, the changes it is expected to seek range from smaller issues such as access to tickets, hotels and better hospitality for team owners to larger things like sponsor recognition and a loosening of the IOC's notoriously strict guidelines on images, video and media.

This is where it could get tricky for Fasel, who heads up the IOC's winter sports committee and is rumoured to be interested in running for that organization's presidency later in the year. He would obviously love to see the NHLers return, but at what cost? And if the IOC was to loosen some of its rules for the NHL, what kind of trickle-down effect might that have for pro tennis and basketball players?

Another highly interested party in the process is Hockey Canada president Bob Nicholson, who recently became a vice-president with the IIHF. He's also expected to be included in meetings regarding the future of NHLers and the Olympics, which could start at some point in the next few weeks.

"This is so important for all of us — Hockey Canada, the IIHF, the NHL — to grow our brands and more importantly to grow hockey," said Nicholson.

With the start of the Sochi Games less than 13 months away, there isn't much time for all of the interested stakeholders to strike a deal. The discussions will get underway quickly.

Interestingly, this is an issue where the NHL and NHLPA form a united front. Donald Fehr, the union's executive director, believes strongly in trying to grow the sport internationally and knows a number of his players are interested in continuing to be part of the Olympics.

Bettman will be under some pressure from NBC, which holds both the NHL and Olympic national TV rights in the U.S. There is also the strong possibility high-profile Russian players would bolt the NHL if it attempted to keep them from playing in an Olympics on home soil.

So the NHL is open to continued participation in the Games, but at what cost?

Back at that memorable press conference with Bettman and Fasel in Vancouver — which the NHL was unable to show on the NHL Network, for example — the commissioner offered a quick retort when Fasel suggested his primary interest in the Olympics was business.

"I will respectfully disagree with my good friend," said Bettman. "This costs us money, this disrupts our season, we don't make any money off of it. We are here because we believe it's good for the game. ...

"We have turned over for two weeks control of the most important assets in our game — and that's our players. Nobody should underestimate for a second the fact that we do that, and the players want us to do that, because we think this is important for the game." 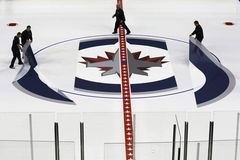 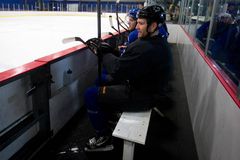 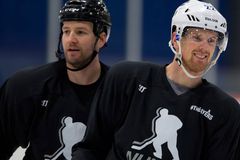