When you've grown up in the midst of a hurricane, you tend not to fret over the odd gust of wind.

It's not a stretch to say Montreal Canadiens defenceman P.K. Subban has been followed around by his own personal weather system since he broke into the league in 2010. This season has demonstrated just how good he's become at handling the din around him.

Take an overtime penalty against Buffalo that costs your team the game. Accept the blame and move on.

Get benched for most of the second period in the next game because of a dodgy play in your own end. Bear down, score a goal in the third, turn the page.

Subban gets that he's going to come in for greater scrutiny – and criticism – for the swashbuckling brand of hockey that he plays. It's just that he refuses to get worked up about it, whether it comes from fans or demanding coaches.

"Unless someone's knocking on my door at 3:30 in the morning disrupting my sleep, I don't get too rattled," the 23-year-old said after an optional skate Friday, following a two-goal performance (and short benching) on Long Island. "You have to have thick skin playing here. If people want to say they're hard on me, that's fine, but I think I'm harder on myself than anything."

Subban has long said he doesn't mind it when coaches are hard on him ("it doesn't matter what tone he uses, what matters is the message") and it's clear Habs boss Michel Therrien is holding his young blueliner to a high standard.

"The biggest thing you learn is that it's not about how you feel, it's just what's best for the team," Subban said. "I'm always trying to get better, I know that as a coach he's trying to make me the best player possible, as well as the 22 other guys in the room."

Opposing fans and players have found much to despise about Subban. He has been a divisive figure, and now is revealing himself to be a dominant one. He has 22 points in 24 games this season – he leads all rearguards with nine goals – and with 11 points in his last eight games has vaulted himself into midseason consideration for the Norris Trophy.

The focus may not be on awards – "I think it's not fair for anybody to look at personal stuff like that, especially when we're having so much success as a team," Subban said – but there is a case to be made he has reached the upper echelon of NHL defencemen.

According to advanced possession metrics, Subban is a top performer on the defensive side of things as well; of late, he and shut-down specialist Josh Gorges have been paired together. The two have been on the ice for fewer goals against per 60 minutes than any other d-men on the team.

Subban is shooting the puck more intelligently, giving it away a lot less, and has cut down on costly penalties, taking just seven minors in 24 games. There are also more subtle changes. He rarely attempts to go coast-to-coast any more, and is generally more businesslike on the ice.

Maybe it's the arrival of rookie Brendan Gallagher – who has a gift for driving opponents bonkers – but there have been no dire threats of future retaliation like the ones made in past seasons by Mike Richards, now of the L.A. Kings, and Toronto's Joffrey Lupul.

It seems from the outside that Subban is playing more and talking less, but it's not something he's dwelled on.

"If I want to chirp, I chirp, if I don't, I don't," he said. "People are always going to be dissecting parts of everybody's game. They can dissect all they want, I don't care. As long as we win, it doesn't matter."

Subban's insistence on speaking about the team is another aspect that can only encourage Therrien, who lauded Subban for the way he played following his benching.

Therrien insists he's being no harder on Subban than he is on anyone else, but it seems clear he won't tolerate any half-measures, perhaps because he understands his young phenom's importance on the ice. With Markov, he provides one of the bigger one-two punches in the NHL.

"He has the potential to be a dominant defenceman," Therrien said. "What we want is for him to be a responsible defenceman."

It might not be a fun message to hear every day, but on the evidence of Subban's season to this point, it's getting through loud and clear. 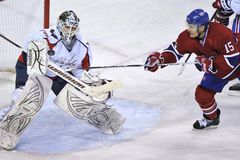 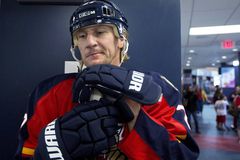 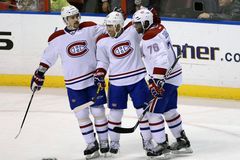 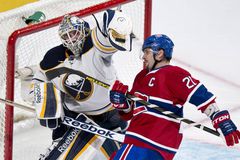 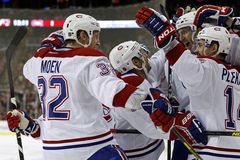 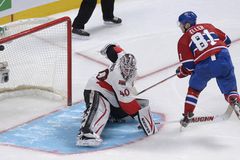