Players stood together in a circle and fans waved Canadian flags at NHL games in Ottawa, Toronto and Montreal Saturday night to honour fallen servicemen Nathan Cirillo and Patrice Vincent.

The Senators, Maple Leafs and Canadiens staged a co-ordinated pre-game ceremony that saw fans in all three arenas simultaneously sing O Canada and stand for a moment of silence.

Below is a snapshot of the evening, in photos. 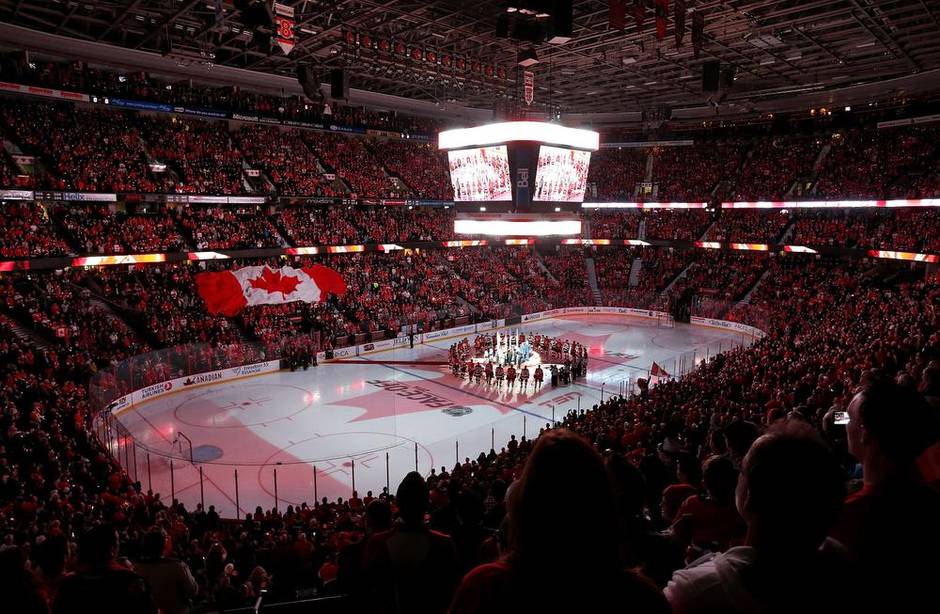 Centre ice ceremonies before the Senators game against the Devils in Ottawa. (Jana Chytilova/Freestyle Photography/Getty Images) 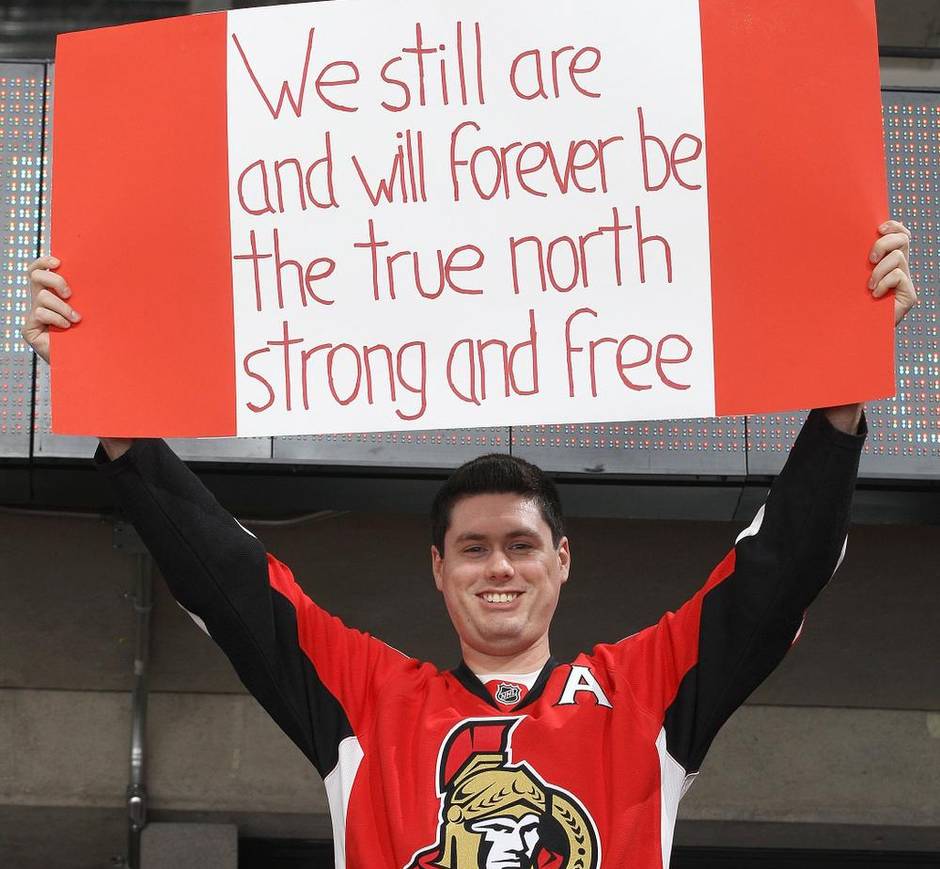 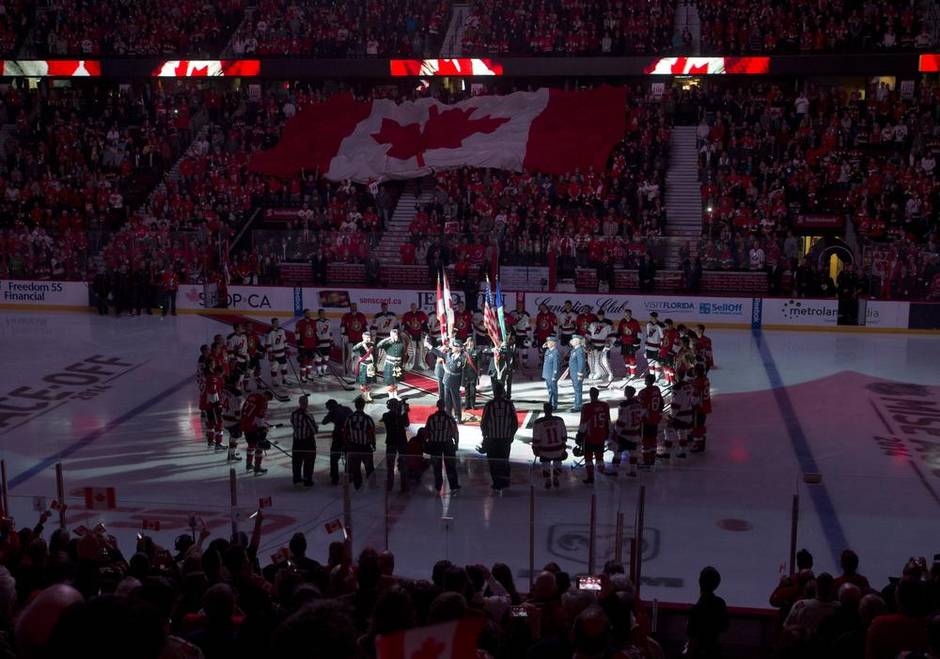 Anthem singer Lyndon Slewidge holds up the microphone as the crowd sings 'O Canada' before the game between the Ottawa Senators and New Jersey Devils. (Adrian Wyld/THE CANADIAN PRESS) 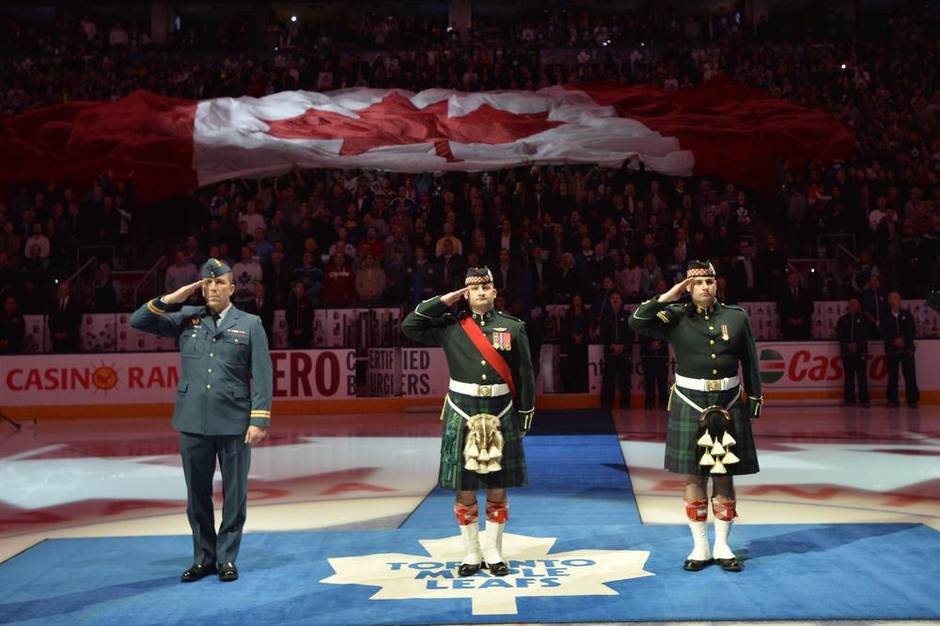 Members of the Canadian Forces salute as they take part in a pre-game ceremony before NHL hockey action between the Toronto Maple Leafs and the Boston Bruins. (THE CANADIAN PRESS/Nathan Denette) 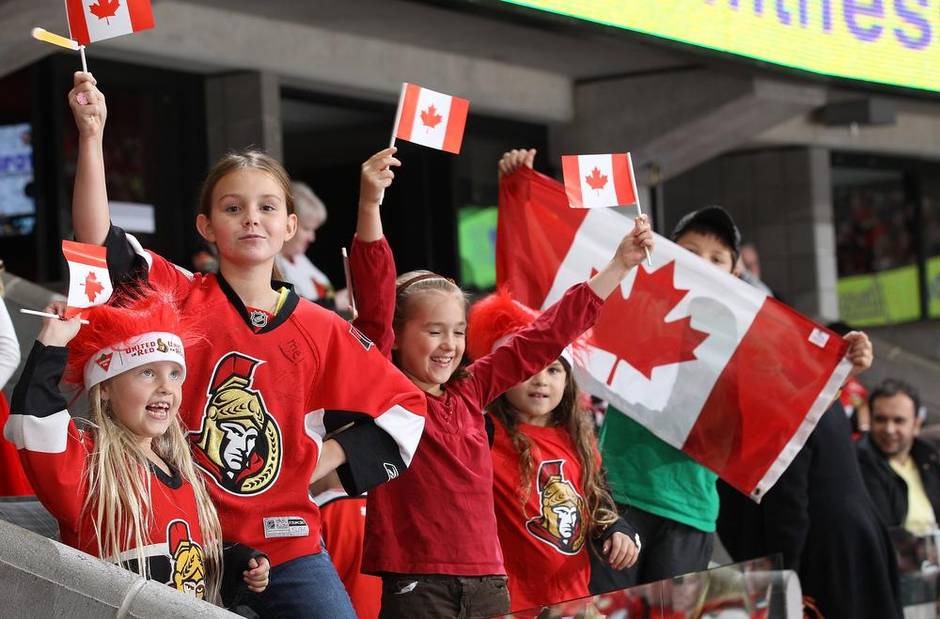 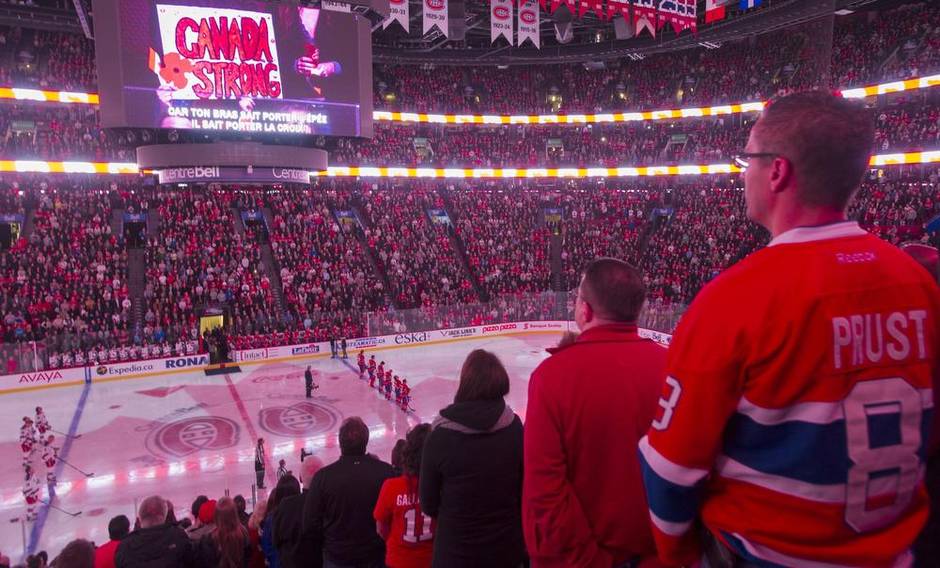 Montreal Canadiens' fans listen to 'O Canada' being broadcast on the big screen from Ottawa prior to a game against the New York Rangers. (Graham Hughes/THE CANADIAN PRESS) 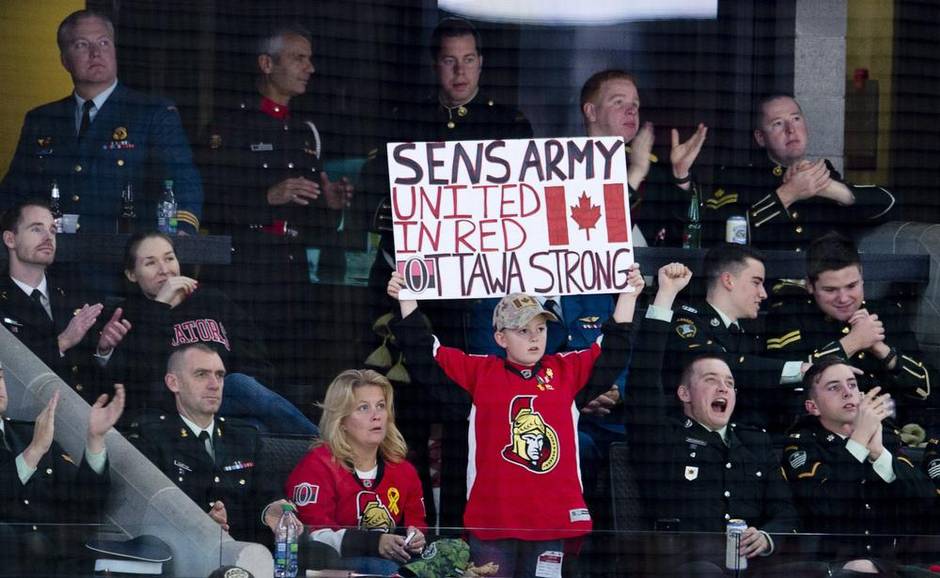 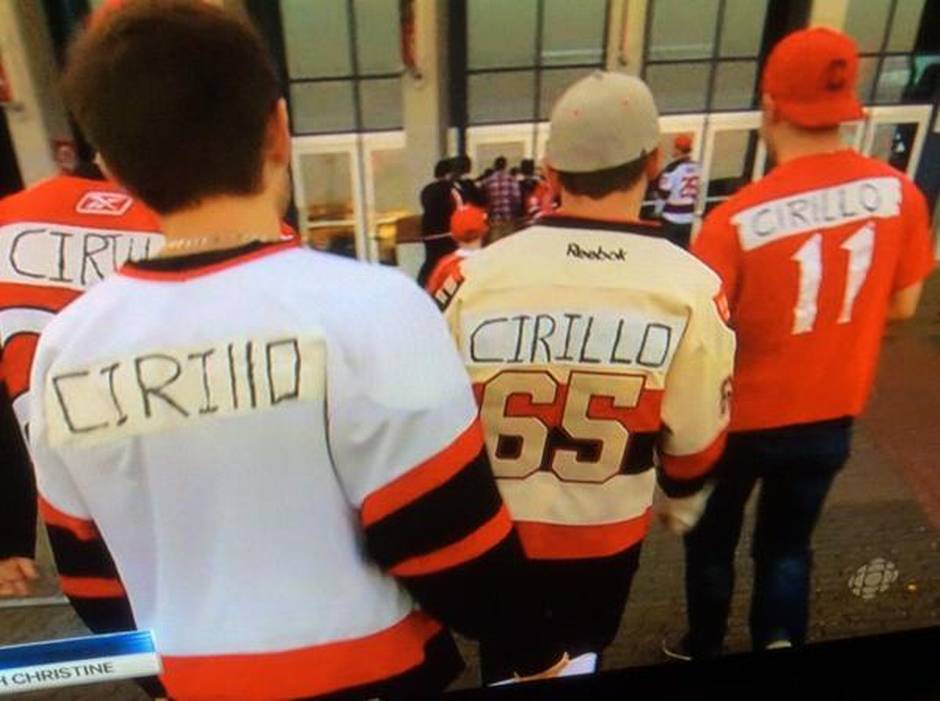 Thanks to our heroes. #Canada #fire #police #army #senators