When Bob Russell founded the Greater Metro Junior A Hockey League, his goal was to gather as many non-North American players as possible - a move which has put the 13-team Ontario circuit in Hockey Canada's penalty box.

Now in its sixth season, and with over half of its participants from Europe, Russell's endeavour has to be considered an unqualified success.

But in the eyes of the nation's governing body for the sport at the amateur level, the GMHL is an "outlaw" league that, Hockey Canada vice-president of member services Glen McCurdie says, is "poaching" off a minor hockey framework Hockey Canada is primarily responsible for.

The GMHL - which operates as an independent circuit and is therefore not beholden to Hockey Canada's rules and regulations - does not put anything back into the system, McCurdie says, and its policy of welcoming players from all over the world eliminates opportunities that could be used by Canadians.

"Hockey Canada believes we should be developing hockey opportunities for Canadians, first and foremost," he said.

Russell said the GMHL is an independent entity and should be able to operate as it sees fit.

"We wanted to form our own league where we could recruit from wherever we wanted," he said. "I don't know why all of a sudden we're being told we have to put up borders."

The sparring between the two organizations will be taken into the public forum on Tuesday, during a town hall meeting in Shelburne, Ont., where the GMHL is headquartered, about 100 kilometres northwest of Toronto.

The town is home to the Shelburne Red Wings, a team Russell has an ownership interest in and boasts a roster comprised almost entirely of Russian-born players.

Hockey Canada guidelines prohibit the participation of non-North Americans on its member teams below the major junior level. And even there the use of "imports" is restricted to just two per team.

As a result, the powerful organization, with a membership of 585,000, has gone on the offensive against what it says is the only independent junior league operating in Canada.

In a 2009 bulletin, Hockey Canada issued a warning and outlined policies and sanctions that would be levied against individuals and organizations that "support" independent operations such as the GMHL.

In the instance of participation in "outlaw" games, sanctions could include the forfeiture of a player's or coach's membership in Hockey Canada for the season. And teams and leagues could lose the right to stage tournaments that are often lucrative moneymakers for such organizations.

Russell said his league is not being affected by the sanctions. He said the primary result has been to divide communities such as Shelburne, where uncertain parents of hockey playing children don't know where to draw the line.

According to Russell, a 10-year-old water boy for the Red Wings quit the job over fears he would no longer be permitted to play for his minor league team under the Hockey Canada umbrella.

But McCurdie said the intent of the policy is not to harass water boys.

"But we've had to draw a line in the sand and say we don't want our members to be supporting outlaw leagues," he said. "And, sometimes, it can been seen as a little bit heavy-handed, I'll grant you that.

"But it's a slippery slope. We think that for the most part they compete with our associations or sponsors and ice time locally and referees and coaches."

The Manitoba Major Junior Hockey League was once such a rogue organization, beginning play in the Winnipeg area with four teams in 1970 without the blessing of Hockey Manitoba (then known as the Manitoba Amateur Hockey Association), a branch of Hockey Canada.

In the mid-1990s, the league finally relented and joined the provincial body, primarily because insurance premiums were becoming too exorbitant for the independent clubs to absorb.

"We were there, we did it," said Wayne Deschouwer, president of the Charleswood Hawks, one of the MMJHL's founding teams. "I'll be honest with you, had insurance costs not gone through the ceiling, I wouldn't be surprised if we were still not one of the outlaw leagues." 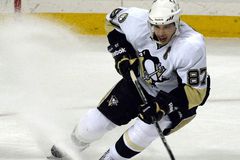 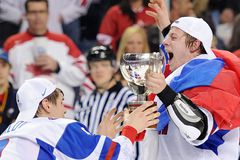 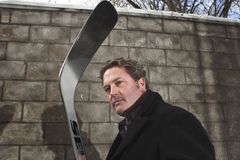 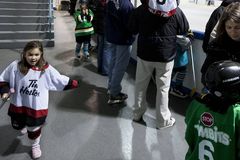