Steve Yzerman would prefer to get Canada's players on the ice at the upcoming orientation camp for the Olympic men's hockey team.

But the price tag to insure players against injury is too high for Hockey Canada, so the four-day camp starting Sunday in Calgary will consist of informational meetings about the Games in Sochi, Russia, and fostering team chemistry off the ice.

"Not going on the ice isn't the end of the world," says Yzerman, the executive director of the national men's team. "There's lot of other things that need to be done in preparation, logistically going through how we're going to get there, where we'll stay, where family and friends may stay, a walkthrough of the venues, drug testing policy, a lot of informational things we need to go through and get out of the way. This is a good time to do it."

Forty-seven players — five goaltenders, 17 defencemen and 25 forwards — are scheduled to arrive in Calgary on Sunday and head to Hockey Canada's headquarters at Canada Olympic Park on the city's west side. Canada can take three goaltenders and 22 skaters to Sochi.

Among the summer camp invitees are 15 players who won Olympic gold in Vancouver in 2010, including Sidney Crosby. The Pittsburgh star's overtime goal lifted Canada to a 3-2 win over the U.S. in the final.

Players invited to the same orientation camp in the summer of 2009 skated daily and finished with an intra-squad game that drew a sellout crowd to the Scotiabank Saddledome.

The Saddledome is undergoing restoration from severe flooding in June, but that's not keeping the players off the ice next week, says Yzerman.

"It's strictly insurance," he explains. "It's because of the high cost of insurance Hockey Canada is obligated to place on the players we're not going to skate."

It's up to each country's federation to insure NHL players against injury at summer camps.

Hockey Canada president Bob Nicholson has said that would cost over $1 million for the invited 47, whose combined 2013-14 salaries total $259 million, according to capgeek.com.

Canada's isn't the only ice-free summer camp. USA Hockey has also decided against an on-ice component to its men's Olympic camp in Arlington, Va., on Monday and Tuesday.

The 2014 men's Olympic hockey tournament will be played on wide, international ice, which places a premium on a player's skating ability. The new Markin MacPhail Centre at COP boasts a rink that size.

When asked if he wished the Canadians could make use of it next week, Yzerman said "yes" twice.

The 2002 Olympic gold medallist was also executive director of the victorious 2010 squad. He says even a couple of practices could lay important groundwork for the Winter Games in February.

"We have such a limited amount of time to prepare," said Yzerman, the general manager of the Tampa Bay Lightning. "I think we'll have two, maybe three, practices in Sochi prior to the Olympics.

"The summer camp, and it's only a few days and six months in advance, but it's a little time for the players and coaches to get on the ice and kind of run through some of the systems, the way they'll play, the power play, penalty killing, neutral zone and things like that.

"At least you'll have an idea way ahead of time as to how we're going to play. That, to me, was the most important part of going on the ice in August for a few days."

Strategy can still be communicated without skating, Yzerman adds. Head coach Mike Babcock and assistants Lindy Ruff, Claude Julien and Ken Hitchcock will have a video session with the players in Calgary.

"I'm sure we'll go over different stuff," says Pittsburgh Penguins forward and camp invitee James Neal. "It's a lot tougher when you're not on the ice, but we're going there for a reason and I'm sure it will help us,"

It's also crucial players get face time with the coaches, support staff and each other, Yzerman says.

"The more time they can spend together, the more comfortable they'll be when they get to Sochi and that's a big part of it, particularly for the young players that haven't been to NHL all-star games, haven't been to Olympic camps before," Yzerman says.

He says players will have time to golf, fish and go for dinner together, as well as work out while they're in Calgary. NHL training camps start earlier this season because the league breaks Feb. 9-26 for the Winter Games.

5 — Number of players from the Stanley Cup champion Chicago Blackhawks invited to camp. No other team has more.

3 — Head coach Mike Babcock and forwards Patrice Bergeron, Eric Staal and Jonathan Toews have all won Olympic gold, a world title and a Stanley Cup during their careers, making them members of the elite "Triple Gold Club."

With files from Tyler Harper 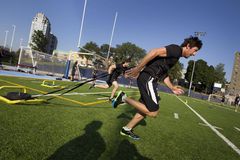 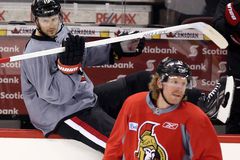 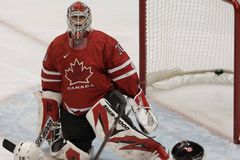 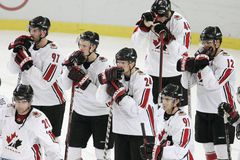 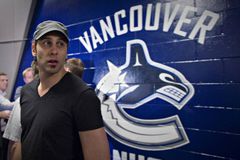 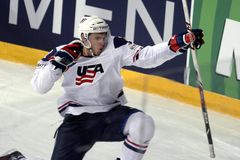 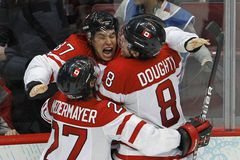 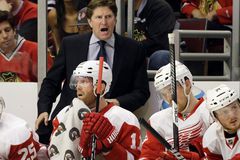