The NHL and the NHL Players' Association will sit down with members of the International Olympic Committee, the International Ice Hockey Federation on Friday in hopes of making progress on the thorny issue of who will pay the multimillion-dollar costs of insuring the league's players at the 2014 Winter Olympics.

That and the travel costs of getting the NHL's players and other staff members to Sochi are thought to be the biggest obstacles to a deal with which the NHL would continue to participate in the Olympics. The IIHF covered the insurance at the 2010 Vancouver Olympics but appears less willing because the cost will be much higher, because of a bumper crop of long-term player contracts in the past three years.

While time is getting short to settle the matter of player participation, no deal is expected to be reached Friday. That may not happen until May but the meeting is expected to be an important step because estimates from the insurance and travel companies should be made available to the parties on Friday or shortly afterward. Once those numbers are in, the willingness of the IOC and IIHF to cover them can be judged by the league and the players' union, although both the league and the union are hoping there will eventually be an agreement.

"We're very cautiously optimistic but there is quite a ways to go yet [to get an agreement]," NHLPA executive director Donald Fehr, who will attend the meeting along with NHL commissioner Gary Bettman and NHL deputy commissioner Bill Daly, said Thursday.

Daly said in an e-mail message he shares Fehr's opinion. Daly described the talks, which started shortly after the NHL lockout ended in late January as "a work in progress, but no 'deal-breakers' have been identified yet."

The problem is that insurance premiums rise in step with higher salaries and longer contracts. Until term limits were placed on contracts in the new collective agreement, many contracts were signed 10 years or more, driving the total value of a contract to more than $100-million (all currency U.S.). The situation is also complicated by the fact multiple insurance companies will be involved because each player's contract situation is different and he may not be covered by the league's policy.

Greg Sutton, the president of Sutton Special Risk in Toronto, which has personal disability policies with more than 450 players and also handles insurance matters for the NHL and many of its 30 teams, said the cost of insuring the players could be a minimum of $2-million for any national team made up mostly of NHL players.

"We never had the situation we have this time, in terms of the number of guys on significant contracts and long-term contracts," Sutton said. "It's even different than Vancouver. It's not peanuts by any means.

"We're looking at a high volume of insurance. That's going to be our problem. I think it can be done but we'll definitely have to tap everything in the Lloyds of London market."

The costs can vary widely from player to player because each one's contract situation is different and each one's insurance needs differ. While the NHL's policy covers players in the Olympics, it typically covers between 70 and 80 per cent of a contract and does not kick in until he misses 30 games with an injury, so supplemental insurance is always needed. There are also variables, such as players on expiring contracts, which must be considered.

Sutton said the premiums for such insurance are typically 0.3 per cent of the total value of a contract. Using the examples of Sidney Crosby, Ryan Getzlaf and Corey Perry, who are all expected to play for Canada, Sutton said the cost of insuring just those three players could be more than $700,000.

Crosby, Getzlaf and Perry have new long-term contracts kick in for the 2013-14 season that are collectively worth $239.4-million. At 0.3 per cent, that means it would cost $717,000 to insure all three of them for the Olympics.

Insurance also has to be worked out for the selection camps most countries hold in the summer. Those are not sanctioned by the IIHF or the league, so typically Hockey Canada would pay for the insurance at the week-long camps. But those costs are rising as well.

None of the league or union officials would comment, but sources on both sides say they are united in the opinion that neither the NHL nor the players should be expected to pay for their insurance. The expectation is the money should come from the IOC through payments to the IIHF and each country's hockey federations.

The IOC will also be asked to pay for a series of charter flights the NHL and the NHLPA wants to arrange from several NHL cities to make it faster and easier for the players to get to and from Sochi. 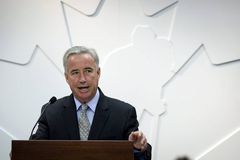 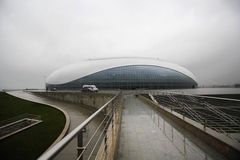 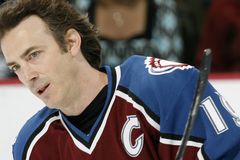