Introducing: A daily reflection on the last Leafs to seize the Cup

The Toronto Maple Leafs victory parade arrives at City Hall on May 5, 1967, with captain George Armstrong holding the Stanley Cup, escorted by Harold Ballard, executive vice-president of Maple Leaf Gardens and Stafford Smythe, president. (Punch Imlach is in the car behind them.)

The last time the Maple Leafs carried the Stanley Cup through the streets of downtown Toronto, Bob Baun didn't even bother to show up for the parade. "Baun skips Leaf parade to go fishing with sons," read a headline in the May 6, 1967, edition of The Globe and Mail.

The defenceman, a Stanley Cup hero earlier in his career, was said to be dismayed at his lack of playing time during the playoffs, and, according to his wife, "his pride was hurt" by coach and general manager Punch Imlach.

It was the beginning of the end of Baun's first tenure with the Leafs – Imlach exposed him in that summer's expansion draft and he was selected by Oakland – but no one could have known then how the Baun-Imlach dispute would serve as one of many signals that the storied Maple Leafs franchise was about to enter a long period of decline. 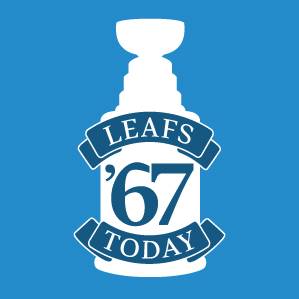 A daily, real-time look at the historic 1966-67 Toronto Maple Leafs 50 years after their march to the Stanley Cup.

While the Maple Leafs organization is celebrating the centennial of the team in 2016-17, it's also the 50th anniversary of the 1966-67 championship season – the last Leafs to win a Cup. Those Leafs were an underdog team stocked with old-timers who struggled to score, but they found success with relentless forechecking, rugged defence and veteran depth in goal.

As today's Maple Leafs rebuild their roster with a system full of young talent, The Globe and Mail has decided to look back at the 1966-67 team in modern-day fashion.

Starting on Oct. 22, the day of the Leafs' first game of the regular season in 1966, expect the following: on Twitter we'll post daily updates from that season as though they were happening now (follow @Leafs67today), and periodically you'll find retrospective features on the team by current Globe and Mail reporters David Shoalts and James Mirtle. We'll also comb our archives for as-it-happened Globe commentary and original photographs, some never before published.

So whether it's a trip down memory lane or an introduction to a great chapter in Leafs history you're after, join us for what promises to be an exciting season – even if we can't avoid the ultimate spoiler.