Now that they have a name, the Vegas Golden Knights have to put a team on the ice.

The newly named franchise will get its first 30 players through the expansion draft in June, and Vegas general manager George McPhee and colleagues around the NHL are already deep in preparations and mock-ups.

Even though McPhee ran the Washington Capitals for 17 seasons, GMs around the NHL don't have any clue how he'll piece together the Golden Knights.

"I don't have any inside knowledge what kind of team they're planning to have, if it's going to be younger or older – no idea," longtime rival GM Ray Shero of the New Jersey Devils said by phone Wednesday. "He's been a GM for a long time in Washington – I don't think that comes into play at all in terms of where they're going to be in Vegas and what kind of player they're going to be looking for. ... Maybe his opinion of some players has changed and the game where it is now, who knows."

McPhee knows. And he knows that even as his front office does monthly mock drafts to prepare, things will change at the March 1 deadline and again before teams must submit their protected lists on June 17.

Vegas won't be able to pick from top stars like Sidney Crosby, Evgeni Malkin, Jonathan Toews or Patrick Kane, and first– and second-year pros like Connor McDavid and Auston Matthews are exempt. The NHL also sent out a preliminary list of 66 players who must be protected because of no-movement clauses in their contracts.

Knowing each team's top six or seven players are off the board, McPhee said the Golden Knights' scouting staff has certain "bubble players" to focus on. That could be a moving target as GMs make trades and signings to be expansion-draft compliant and not give up a top player.

"There's going to be a massive player redistribution before the expansion draft in the weeks leading up to it," McPhee said. "We understand teams are going to try to not give us anything, and that's the way expansion goes. There are a few teams that have expansion stress and we might be able to get a good player from them, and there'll be some teams that don't have anything and rather than take a bad contract we'll take a throwaway pick."

Each team can protect seven forwards and three defencemen, or eight skaters of any position, plus one goalie, and all 30 will lose exactly one player. Even though the best will be protected, it figures to reason that the deepest teams are in the most danger of losing a quality player to Vegas.

Take the Chicago Blackhawks, who have eight players with no-movement clauses they must protect and could lose someone like centre Marcus Kruger or young defenceman Trevor van Riemsdyk. Or the Tampa Bay Lightning, who will protect goaltender of the future Andrei Vasilevskiy and won't be able to keep 6-foot-7 pending free agent Ben Bishop, whether he's traded, taken by Vegas or signed by someone else.

One advantage for Vegas is that it'll be able to acquire draft picks or prospects in exchange for not selecting certain players.

"It all comes down to trying to build a good base but really doing well in the entry draft and getting our top players from the entry draft," McPhee said. 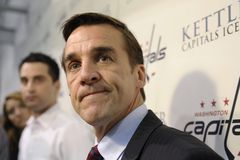 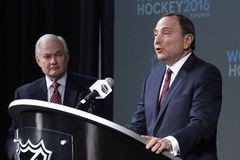