Many wanted carnage. They wanted to see the floundering Toronto Maple Leafs roster – which has won just six times in the past 32 games – punished and plundered, torn to the foundation in a cathartic sign that the team would torment fans no more.

What they got was a sixth-round pick and a warm body for Olli Jokinen. And they got a fifth-round pick for taking Eric Brewer's unwanted contract off Anaheim's hands.

The NHL trade deadline was no therapy session for beleaguered Leafs fans. When this team takes the ice on Tuesday night in Florida with 19 games left in the season, Dion Phaneuf, Phil Kessel, Joffrey Lupul and Tyler Bozak will all be there.

The team will quite possibly lose again and again until the bloodshed is over with Game 82.

The deadline is rarely a solution for a team in sell mode. It's March, the top teams have considerable salary committed and no one who's hoping to make a Cup run wants to shuttle anything really useful out the door.

The Leafs certainly tried to get several suitors – especially in the case of Phaneuf – but many of the offers coming the other way had warts.

Teams would likely have taken Phaneuf, for example, but only if Toronto retained salary and took back a problem contract in return. It would have been a deal that hurt the Leafs as much as helped, in other words, and there was absolutely no reason to make it under the circumstances.

Things may appear desperate for the Leafs given their slide nearly into the NHL's basement, but the reality is there wasn't desperation to do anything by 3 p.m. on March 2. Their season is already done, and all that's left to determine in the next month is how good their position in the draft lottery will be.

When they start moving out major pieces – in March or June or midway through next season – doesn't matter: There should be a very high priority placed on not making deals that handicap them in the future.

That means Toronto should retain salary only if it's dead money in the next two or three years, and if that dead money facilitates a good return. (The Coyotes pulled that off with the Keith Yandle trade on Sunday and netted a very good prospect – Anthony Duclair – as a result. That makes sense, especially given Arizona will hardly miss the cap space.)

It also means Toronto has to get value coming back the other way, not just more veteran discards such as Zach Sill and Joakim Lindstrom, two of the newest Leafs. And that won't be easy.

According to executives around the league, the Leafs problem is that many of their assets have been degraded the past couple seasons, so they are viewed as overpriced in terms of their cap hit. There are questions around Lupul's health, Phaneuf's defensive play, Bozak's offensive game without Kessel and Kessel's tough season.

Many teams don't feel they can play these players as high in the lineup as they are slotted in Toronto.

That said, from a macro perspective, the Leafs managers have had a solid few weeks. They unloaded almost all of this season's rentals for a reasonable return – nearly a full draft worth of picks (a first-, second-, fourth-, fifth- and sixth-rounder) and prospect Brendan Leipsic. And getting rid of David Clarkson's millstone deal was an enormous coup in terms of creating future flexibility.

They also added a couple young defencemen – Tim Erixon and T.J. Brennan – for a late-season tryout essentially for free. (Erixon has bounced around a lot and there are questions about his work ethic, but he is the second-youngest player on the roster after Morgan Rielly. Why not give him a chance to show why he was a first-round pick?)

Most important of all, the Leafs haven't made any major mistakes.

That will get harder to achieve as they get into the tougher calls this summer, when other teams keep trying to throw a team at the bottom another anchor. But making smart decisions is the only road to respectability here, and president Brendan Shanahan hasn't taken a detour yet.

The smart call on this day was to stand pat and wait for when they can potentially get more for what they have to sell.

It's not carnage, but it'll do for now. 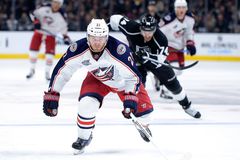 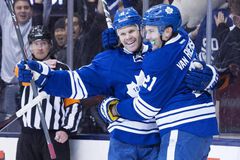 TSN makes the most of dull NHL trade-deadline day
March 2, 2015 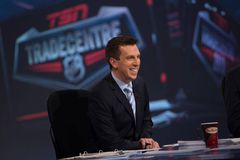 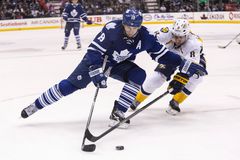 Leafs, Canadiens on opposite ends of trade deadline spectrum
March 1, 2015 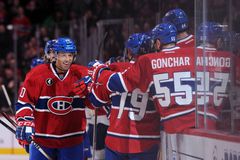