For centre Olli Jokinen, one loss does not a confidence-shaking setback make despite the Winnipeg Jets falling back into the Central Division cellar following a 4-3 loss to Nashville Predators on Tuesday night.

"It's not going to be our last game we lose, we're not going to win every game," Jokinen said Wednesday, joining most of his teammates taking the day off to rest or work out in preparation to face the Vancouver Canucks on Friday.

"I think as a team we're moving in the right direction and we just try to get our energy levels up and try to get a win Friday," he added.

The Jets' coaches and a handful of players were on the ice Wednesday but things will get more serious Thursday as the squad gears up for another important game against a Western Conference rival.

Although they've gone 4-5-1 in their last 10 games and lost 4-2 to Edmonton on Monday, the Canucks (27-18-9 before playing Chicago on Wednesday) are at least currently where the Jets want to be — holding down the eighth and final Western Conference playoff spot.

The Jets stand 12th, eight points behind the Canucks before Wednesday's action. They have plenty of distance to cover and not much time to do it as they head into the Olympic break. After Friday's game they play four more road contests before the Olympics, then return Feb. 27 at the MTS Centre.

But with the hiring of new coach Paul Maurice, the Jets have already done some surprising things in a relatively short period of time. They earned road wins over both the league-leading Anaheim Ducks and defending Stanley Cup-champion Chicago Blackhawks have won six-of-eight games with Maurice behind the bench.

And neither Jokinen nor Maurice viewed Tuesday's loss as a step backwards from the kind of defensive zone game he's trying to teach.

"This defensive zone concept, it's not like you write it on the board you get it and you go and there's your defence for the rest of your life, it's a work in progress," Maurice said. "There wasn't a letdown (Tuesday night).

"They weren't running out of position, getting away from what they were trying to do to break a game open."

Maurice said players are starting to see things and there are fewer questions coming back. He's pleased with the "compete level" of one of the NHL's youngest teams.

"The biggest thing he's instilled in us is play for each other in every game," said centre Mark Scheifele.

That approach seems to be working for the 20-year-old Scheifele, who had a goal and an assist against Nashville and is third in scoring among NHL rookies.

Four Jets are heading to the Olympics: goalie Ondrej Pavelec and Michael Frolik for their native Czech Republic, Jokinen for Finland and Blake Wheeler, currently tied for Winnipeg's scoring lead, for the U.S.

The others will have a long layoff and while Maurice says he's had experience with Olympic breaks, with a young team like the Jets it might be different.

"The last time I went through an Olympic break that I remember, we ended up going to the final (2001-'02 with Carolina) and came out fast and quick," Maurice said. "We had a bunch of guys . . . that were older, fit men who used that break to rest but came back roaring."

Maurice said veterans like former Carolina Hurricanes captain Rod Brind'Amour and Martin Gelinas had the experience to know how to use the break.

"The concern is there will be a bunch of these guys that haven't gone through an Olympic break," he said. "There's not much we can do in terms of structuring anything that is mandatory for our players."

Meanwhile, Maurice said left-winger Evander Kane's hand was cleaned up by doctors after he was sidelined again by an infection that caused it to swell up.

"Everything finished the way we hoped," he said.

Kane cut his hand in a fight with Tampa Bay's Eric Brewer on Jan. 7 and initially missed four games. He returned Jan. 21 to register a goal and three assists in the next four games but isn't expected back until after the Olympic break. 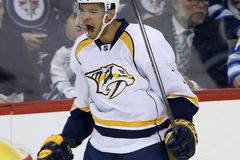 Byfuglien scores in overtime as Jets hold off Leafs
January 25, 2014 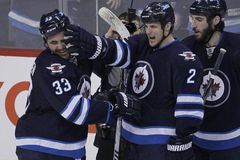 Leafs and Jets looking to get back to winning ways when they meet Saturday
January 24, 2014 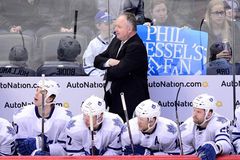 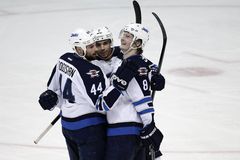