As they prepare to fight for their second home win of the season, the Winnipeg Jets and their struggling offence can look forward to Evander Kane returning to the lineup sometime soon.

The Jets (2-4-0) host the Tampa Bay Lightning (4-2-1) Friday night. While they won't have Kane back that soon, head coach Paul Maurice said Thusday his sniper should be back in practice soon.

"Evander Kane is progressing quite well, to the point where we have an expectation here in the next few days that he'll be back on IR (injured reserve) skates," Paul Maurice. "Non main group skates, so nobody runs into a guy.

"But he'll be back on the ice sometime this week and then after that it's as much about strength and healing time."

Kane has been off for two weeks after hurting his knee in a collision with linemate Mark Scheifele in Winnipeg's season opener and first win, 6-2 over the Arizona Coyotes. They then went on a four-game slide they only reversed with their second win Tuesday night, their first at home, 3-1 against the still winless Carolina Hurricanes.

The team wants for more from Kane this season after he missed a good chunk of last year with injuries that limited him to 63 games. They put him on a line with Scheifele and last season's scoring leader Blake Wheeler.

They were hoping for a return to something like the career-high, 30-goal peformance in 74 games he delivered in 2011-12, when the team relocated from Atlanta to Winnipeg.

Since that first game in Arizona, however, goals in general have been hard to come by for the Jets. Until Tuesday's win they were shut out twice and had scored just one goal in each of their other two losses.

"The big one for us is getting the puck to the net," says Maurice. "A lot of our shots have missed the net or been blocked."

Defenceman Zach Bogosian says Tampa Bay goalie Ben Bishop is good but the Jets have the same issues with him that they face with any netminder in the NHL.

"Any goalie in this league, if they see the puck they're going to catch it," he said.

"Get in front of them. Make it hard for them to see those pucks. Usually they can't catch what they can't see. . . Make sure you get traffic and bang home the rebounds."

Winnipeg's power play in particular has been ineffective, again. It was one of the worst in the league last season and although the sample is small, so far it continues that tradition.

The Jets are one of just three teams in the NHL which have yet to score a power-play goal this season. The others are Minnesota and Buffalo.

Maurice is trying Dustin Byfuglien in front of the net, instead of his usual spot on the blue-line during power plays, to see if that can generate a little more success. Byfuglien can occupy more real estate that pretty well anyone on the team and is hard to move.

Veteran centre Mathieu Perreault, playing his first season with the Jets, says they keep working at it. They scored a couple of goals during power-play practice Thursday.

"It's just practice, it doesn't mean anything, but at least we moved it well," he said. "Eventually you know they're going to start going in and who knows, they might come in bunches and we won't even talk about it any more." 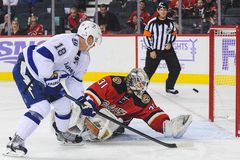 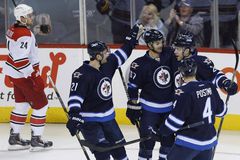 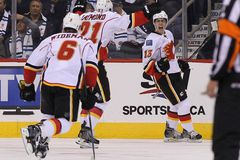 Predators’ Rinne shuts out Jets to spoil their home opener
May 12, 2018 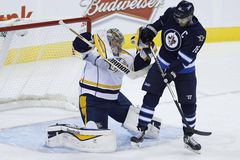 Overcoming childhood deafness to earn a shot at the NHL
May 12, 2018 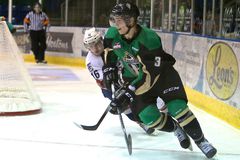 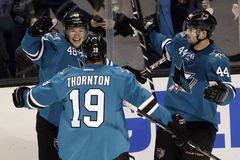 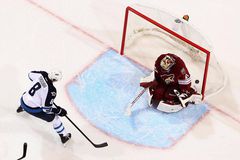