Paul Maurice wasn't in the mood to be a coroner.

The head coach of the Winnipeg Jets watched his team's playoff hopes die with a 4-2 loss to the Pittsburgh Penguins on Thursday.

"We've got a week to do the autopsy, let's do it later," a grim-faced Maurice told reporters.

Pittsburgh defenceman Paul Martin, who missed the last 18 games because of a broken hand, scored the winner 11 seconds into a power play at 7:42 of the third period.

Centre Brian Gibbons added the insurance marker when the Jets turned over the puck and he beat goalie Ondrej Pavelec with a low shot at 16:24.

Greg Adams and Beau Bennett, also on the power play, had the other goals, while Sidney Crosby added a pair of assists for the Penguins (49-23-5), who clinched the NHL's Metropolitan Division title.

Marc-Andre Fleury made 13 saves for his 37th win of the season, while Pavelec stopped 17 shots.

Jets forward Olli Jokinen scored his 17th of the season and defenceman Zach Redmond marked his first. Blake Wheeler's assist on Jokinen's goal gave him a career-high 65 points this season.

"We missed the net 18 times. That's more shots than we put on goal," said Maurice, who was sporting a cut forehead from an errant puck.

"So that, to me, was the difference from our offensive point of view."

The Winnipeg franchise hasn't made the playoffs since the team was the Atlanta Thrashers in 2006-07.

Dallas and Phoenix are tied with 85 points for the final wild-card spot in the Western Conference, but the Stars have a game in hand. They also still play each other.

Maurice took over on Jan. 12 after Claude Noel was fired and sparked the squad to nine victories in his first 11 games behind the bench.

He's now 15-11-5 in trying to turn around the club and has a believer in Jokinen.

"Since Paul's got here, I think everybody's been buying into the system," Jokinen said.

"I know we've been in every game. It's been close games. I think from that standpoint, looking early in the year, it's been a big change and I think the team's been going in the right direction."

Bennett had the only goal of the first period on the power play. Winnipeg then went ahead with two straight markers, but Adams tied it up with under two minutes left in the second.

Jets defenceman Mark Stuart was in the penalty box for both of Pittsburgh's power-play goals.

"It's not like we're playing bad. We're doing a lot of good things and we're playing our asses off," Winnipeg defenceman Adam Pardy said.

"We're just not getting results. It's tough, it's frustrating. We're battling a lot of injuries. It's been a tough road for us. It's definitely frustrating, but we just got to keep moving ahead and keep trying to create an identity as a team and as a group of players."

Fleury said reaching the goal of winning their division is only a first step.

"I don't think we've been playing the best hockey lately and the best that we can do," he said. "We're missing some key guys in the lineup, too."

It was only Pittsburgh's third victory in its past seven games.

Martin's return was praised by coach Dan Bylsma and Crosby.

"He's really patient," Crosby said. "His poise back there, his patience with the puck. He's just really smart and that kind of calming aspect brings a lot to the power play."

Martin actually led all skaters in ice time with 23:46.

The game was the first of a three-game road trip for the Penguins, who head to Minnesota for a match against the Wild on Saturday.

Winnipeg plays in Toronto on Saturday.

Notes: With the win tonight, Bylsma marked his 250th career regular-season victory, the fastest coach in NHL history to reach that milestone in his 396th games. Anaheim's Bruce Boudreau won 250 games in 416 games ... Penguin Brooks Orpik was playing in his 700th game ... It's the second time in franchise history that Pittsburgh has won back-to-back division titles, with the last in 1992-93 and '93-94. 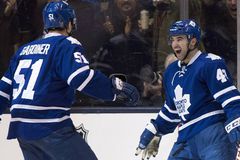 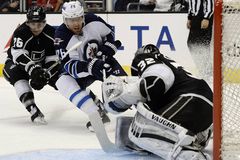