Jim Johannson is not a familiar name to many hockey fans but his contributions to the game in the United States went far beyond much more famous monikers.

The hockey world was shocked Sunday when USA Hockey announced Johannson, the organization's assistant executive director of hockey operations, died in his sleep at his home in Colorado Springs, Colo. He was 53.

Tributes to Johannson poured in from social media on Sunday. Boston Bruins rookie defenceman Charlie McAvoy, a member of the gold-medal U.S. team at the 2017 world junior championship that was put together by Johannson, tweeted he was "shocked and deeply saddened by this news. JJ gave me the opportunity to represent USA and I'll always be thankful to him for that. His fun-loving personality was infectious. He went above and beyond to make the USA hockey experience so unforgettable. He will be missed by so many!"

Johannson was also the general manager of the U.S. men's Olympic hockey team. He died just three weeks before the team is to play its first game at the Pyeongchang Games on Feb. 14.

He was never front and centre when the trophies and medals were handed out to various U.S. international teams over the years, but Johannson was the architect of dozens of medal-winning squads. According to USA Hockey's website, the native of Rochester, Minn., was involved with teams that won 34 gold medals, 19 silver and 11 bronze in international competitions.

Anyone who encountered Johannson was struck by his easygoing and humble nature. He played on the 1988 and '92 U.S. Olympic teams and in 2000 went to work for USA Hockey, the game's governing body in the United States.

"[Johannson] was a big part of us winning the first gold medal for the USA at the [world juniors]," former NHL player Patrick O'Sullivan posted on Twitter. "Getting a call from Jim was always special because that meant you were being asked to play for your country. Great guy gone way too young."

Buffalo Sabres head coach Phil Housley, who was head coach of the 2013 gold-medal junior team, said Johannson was an important leader in U.S. hockey. Housley posted on Twitter that it "comes with a heavy heart hearing about the passing of my close friend JJ. One of the best leaders of [USA Hockey] who grew our game to new heights! My thoughts and prayers are with his family and he will truly be missed, but his legacy will carry on. It's a sad day for hockey!"

Elsewhere in the hockey last week, the NHL struck a sour and ridiculous note with the announcement Kid Rock, known for his homophobic rhetoric and association with the Confederate flag, will be the musical act featured at the all-star game in Tampa next Sunday.

It is a tradition for the NHL to feature a musician whose career reached its best-before date years earlier. Apparently, the field of has-beens is so small the NHL could only come up with someone whose favourite insult is the word gay. Kid Rock once told broadcaster Howard Stern The New York Times is "a little bit gay" because he believes the newspaper has "a left-wing agenda." Another time he asked rhetorically, "Why is everything so gay?"

In addition to wrapping himself in the Confederate flag at concerts, and all the racist symbolism that entails, Kid Rock has profanely railed against former NFL player Colin Kaepernick. That was in regard to Kaepernick's movement of refusing to stand for the national anthem in protest of rampant police brutality against black people. He is also a loud and enthusiastic supporter of U.S. President Donald Trump.

For a league that takes pride in its association with the Right To Play movement, which promotes the right for anyone to participate in sports without regard to sexual orientation or gender identity, hiring this man makes no sense. Neither did the response from the NHL to the backlash.

"Most of the time, our acts are passionate hockey fans," NHL executive vice-president and executive producer for programming and creative development Steve Mayer told ESPN.com. "It's all about the entertainment at the end of the day for us, and this selection was purely based on that, and the fact that Kid Rock is a hockey lover. That's simply the background here."

The best summation of the NHL's position came from hockey writer Dave Lozo: "No sports league should attempt to die on a hill of Bawitdaba CD singles fished out of a 99-cent bin at Walmart." 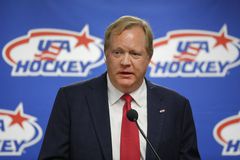 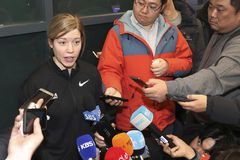 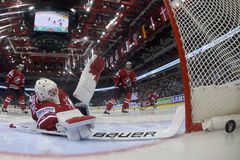