Nazem Kadri admits he crossed a line with an inappropriate gesture, and says he regrets not shaking hands with a Swiss player who has become his nemesis.

But Kadri, a Toronto Maple Leafs draft pick, categorically denied that he was the victim of a racial slur at the world junior hockey championship, adding that his religion has never been used during the sometimes tasteless trash-talking that takes place on the ice.

"No, it wasn't," said Kadri, a practising Muslim, when asked if a comment by Swiss forward Nino Niederreiter was about his heritage or religion. "Come to think of it now, I don't really take any offence to it. It happened, but I'm not worried about it."

Suspicion was raised after Canada's 6-1 victory over Switzerland in the semi-finals Sunday, when the Canadian forward refused to shake hands with Niederreiter. Kadri said that the Swiss forward said something that he "didn't enjoy hearing," but he refused to repeat it to reporters. Again yesterday, he refused to disclose exactly what was said.

"I think it was a little unsportsmanlike and, at the time, I didn't feel comfortable shaking his hand," said Kadri, who plays for the Ontario Hockey League's London Knights. "I regret it a little bit."

Asked if he has ever heard derogatory words about his religious beliefs, Kadri said: "So far, I haven't encountered anything like that. But even if anything was said, I don't think I'd be too offended or too bothered. People have their own opinions, and that's okay with me."

Yesterday, Niederreiter said he was unaware of Kadri's religious beliefs but stopped short of apologizing for the comment.

"I don't want to say sorry because trash-talking is part of the game," he said. "I think that on the ice it's alright, but when it's game over, it's game over. And that's bad if you do not shake hands and say, 'Good game.'"

An International Ice Hockey Federation spokeswoman said the incident wasn't mentioned by either Canadian or Swiss officials in a postgame meeting of the tournament's executive governing body.

The on-ice referee can assess a penalty for a breach of the IIHF's unsportsmanlike conduct rule, but nobody has been able to confirm what was said.

Kadri was guilty of unsportsmanlike behaviour in a preliminary round game against Switzerland on Dec. 28. He made a throat-slashing gesture toward the Swiss bench, where Niederreiter was seated, and was rebuked by Canadian head coach Willie Desjardins.

"I'm sure he's disappointed in himself," Desjardins said after the game. "It's certainly not something you want and I know his family would be disappointed, too. He has a good family and he's a good kid. Sometimes you just get carried away in the moment a little bit, but we'll address it."

Kadri, 19, said he and Niederreiter, a forward with the Western Hockey League's Portland Winter Hawks, are now on a "level playing field" after the tit-for-tat exchange of regrettable actions and words.

Both players have edgy, physical styles that tend to annoy opponents. Kadri has been penalized for head-checking, and has taken some undisciplined penalties. The Swiss forward has been assessed four minor penalties in six games at the tournament.

Niederreiter, 17, is expected to be a high selection at the 2010 NHL entry draft, and before the semi-final game, he had become one of the darlings of the tournament. He scored two dramatic goals to upset the Russians 3-2 in a thrilling quarter-final on Saturday.

Afterwards, he said that he and his teammates were so pleased to be playing in a hockey hotbed like Canada, and were touched to receive vocal support from fans at the Credit Union Centre. 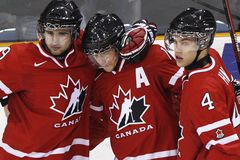 Get ready for Round 2 against the United States
January 4, 2010 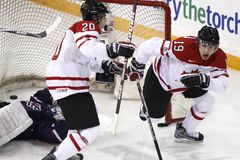 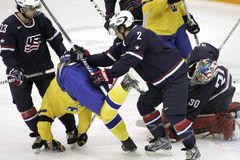 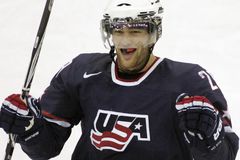 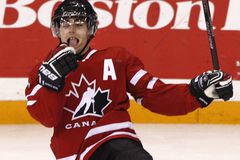 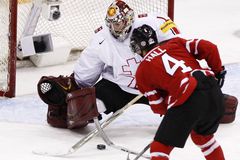