It took 20 years, but maybe, just maybe, the Ottawa Senators got one right this time.

Big contracts have not had a happy life in the nation's capital. From Alexandre Daigle through Alexei Yashin, Wade Redden, Dany Heatley and Alexei Kovalev, enough money has been squandered in Ottawa over the lifetime of the Senators to balance the federal budget and give every voting citizen his and her matching F-35 fighter jets.

This week in Las Vegas, the Senators announced – to some surprise – that electrifying defenceman Erik Karlsson has been signed by general manager Bryan Murray to a seven-year, $45.5-million (U.S.) deal that should keep the young Swede in an Ottawa uniform until 2019.

Karlsson has already proved that he's good – only 22 and a finalist for the Norris Trophy as the NHL's top defender – and if also he proves faithful, something that doesn't always happen in Ottawa, it could be the contract upon which the franchise will rest comfortably over the next several years.

"It's seven years," the slick puck-handler told reporters. "It's a big commitment on their side and I'm very pleased they were able to do that. It really shows they believe in what I do and they want me to be a big part of this organization."

Two other big names on the team have contracts that seem to be working well for both players and franchise: Jason Spezza on a seven-year, $49-million (U.S.) deal, and captain Daniel Alfredsson, who, should he decide not to retire, will be paid $1-million (U.S.) to finish off a four-year, $19.5-million arrangement.

But financial matters have not always gone so well for this still young organization.

In 1993 the Senators believed just as much, perhaps even more, in Alexandre Daigle, the No. 1 draft pick of the year. The hockey world was stunned when, at the Quebec Colisée, rumours began flying that Daigle had signed a deal worth $12.25-million over five years.

"He's fortunate that we didn't have the first pick," growled Harry Sinden of the Boston Bruins, "because he's about $11.5-million richer than he would be."

In fact, there were two separate contracts concerning Daigle. The second one involved an intricate marketing plan that included a high-profile Ottawa consulting group working with Daigle and the Senators to position the expected young superstar in such a manner that both sides would benefit.

They said no one would ever see Daigle doing a local car endorsement. Instead, his image would be tied to the likes of GM and Nike and McDonald's, and as the endorsement money poured in, it would be divided up. For the first $10-million, the player would get 25 per cent, the team 75 per cent. Beyond $10-million, the split would be 50/50. At around $19.5-million in endorsements, the team expected it would pretty much have made back the initial $12.25-million commitment.

Unfortunately, it never worked out. Daigle did indeed end up doing a local car ad. The NHL, furious about this contract, soon moved to an entry-level salary cap for rookies and brought in the draft lottery to ensure no team would ever deliberately try to gain the top draft pick, as some believed the Senators and San Jose Sharks had been in competition to finish last and claim Daigle.

That same year, the Senators had a second promising rookie in the lineup, Alexei Yashin, who badly outshone Daigle by scoring 79 points and being named a finalist for the Calder Trophy. Yashin resented the fact that Daigle was being paid more than twice what he was getting and soon began a seemingly endless series of contract holdouts and trade demands that, sadly, became his legacy in Ottawa.

Then there was Wade Redden, the defenceman the Senators chose to hang on to while letting go their other top defender – Boston Bruins captain and soon Stanley Cup winner Zdeno Chara. The Senators gave Redden a two-year deal worth $13-million (U.S.), but also a no-trade clause that led to endless headaches as they soon sought to move the slumping player.

Next up was Dany Heatley, the two-time 50-goal scorer they signed to a six-year, $45-million (U.S.) contract extension in 2007 only to have him demand a trade a year later. Worse, he left for San Jose with a $4-million bonus still to be paid by the Senators.

The most recent disaster was Alexei Kovalev, the once magical Russian forward who collected $10-million (U.S.) over two seasons and put in about a half hour of exertion. (That's a bit harsh; more like 45 minutes.)

"You make a mistake in life and you learn from it," Kovalev recently told the Montreal Gazette.

"I would make a different move if I could have it back."

So, too, would the Ottawa Senators, Alexei.

And just maybe, with a little luck and a lot of money, the Senators have made a move with Erik Karlsson neither side will wish they had back. 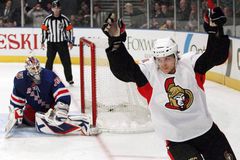 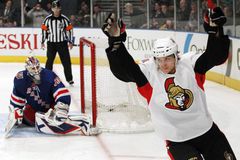 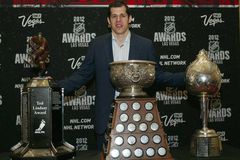 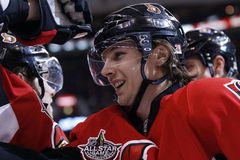 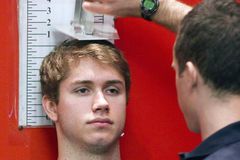