The Ottawa Senators will go into the truncated NHL season with questions on defence but that may not matter because the lockout resulted in a new dynamic this time around.

With the NHL closing its doors from Sept. 15 through at least the first two weeks of January, what may matter more in a short season is which team had the most players actually playing somewhere while the league pursued a path of self-destruction. In 1994-95, when a lockout resulted in a 48-game season, the teams with the most players who played elsewhere during the labour dispute enjoyed an advantage. It was a similar story in 2005-06 when the NHL came back after losing an entire season.

The Senators, who surprised some by making the playoffs last season and almost knocking off the New York Rangers in the first round of the playoffs, saw most of their important players find places on teams in Europe.

There is also a group of the Senators' youngsters playing for their American Hockey League farm team. This includes rookie winger Jakob Silfverberg, who will be given the chance to play on the No. 1 line with Spezza and Michalek. Silfverberg, who was the most-valuable player in the Swedish Elite League last season, started slowly in the AHL but now has 28 points in 31 games with the Binghamton Senators.

If these players can power the Senators to a quick start, they may be able to cover up the holes on their defence caused by injury and free agency. Second-year defenceman Jared Cowen, who shows great promise with his size and physical play, was lost for the season when he sustained a hip injury while playing for Binghamton.

Also gone is savvy veteran Filip Kuba, Karlsson's partner last season, when the Senators decided he was too expensive and let him sign with the Florida Panthers. Another veteran on the unit, Matt Carkner, was also lost when he signed as a free agent with the New York Islanders.

Senators general manager Bryan Murray traded forward Nick Foligno to the Columbus Blue Jackets for defenceman Marc Methot in order to fill the vacancy left by Kuba. Methot, 27, comes to his hometown with modest offensive statistics but Murray and head coach Paul MacLean want him beside Karlsson for his physical play, not his puck-moving ability.

The Senators still have veterans Chris Phillips and Sergei Gonchar and Mike Lundin (signed as a free agent) to fill out what could be a decent defence. Phillips is getting on in hockey years at 34 and did not play during the lockout. Gonchar, 38, was reborn playing back home in Russia for Magnitogorsk Mettalurg. He ran up 29 points in 37 games, giving hope he can improve on his last two NHL seasons.

Veteran Craig Anderson was unable to find another job during the lockout, a common problem for NHL goaltenders, as European teams were reluctant to hand such a key position over to someone who could leave on short notice. But he played well last season and at 31 should be able to get the rust off his game quickly.

If not, the Senators have depth in goal, as both Ben Bishop and Robin Lehner are playing for Binghamton and both can play in the NHL. Bishop, who is backing up Lehner and sports an 8-3-1 record, 2.66 goals-against average and .928 save percentage, will probably get the backup job. He has a one-way contract and the Senators probably want to keep Lehner, their prize prospect, busy. Lehner is wowing them in the AHL with a 13-4-1 record, 1.86 goals-against average and .946 save percentage.

Another advantage the Senators have is behind the bench. MacLean had a great debut as an NHL head coach last season, accelerating the Sens' rebuilding plan by leading them to the playoffs and becoming a finalist for the coach-of-the-year award. His emphasis on "the 200-foot game" as he likes to say will be needed to get past the problems on defence and the fact no one will take the Senators lightly this season. 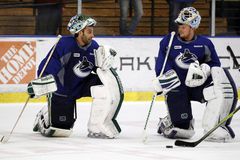 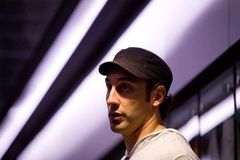