Women's hockey isn't old enough to have many full-circle moments, but Laura Schuler closed a significant one.

She played for Canada in the first women's world hockey championship in 1990 and also in the first Olympic women's tournament in 1998.

The 45-year-old from Toronto is the first alumnus to be Canada's head coach at a world championship.

Suffering through a head cold in the preliminary round, Schuler navigated the host country to a 2-1 record and a berth in Sunday's semi-finals.

Another circle Schuler wants to complete is standing behind Canada's bench at the 2018 Winter Olympics in Pyeongchang, South Korea.

"This would be my dream to continue on," Schuler said.

It's been Hockey Canada's practice to appoint the head coach of the women's Olympic team two years out from the Winter Games.

But there was an abrupt coaching change just eight weeks from the 2014 Sochi Games. Dan Church left, citing a lack of confidence in his coaching abilities.

Kevin Dineen, who was between NHL jobs at the time, was the stop-gap hire under whom the women defended the gold medal. Schuler wants the Olympic job despite that drama.

"I would still want to be a part of that because I know how good it can be," Schuler said.

The forward was picked for Canada's team in 1998 when women's hockey made its Olympic debut in Nagano, Japan. Schuler's future mentor, Shannon Miller, coached Canada to a silver medal, as the team fell 3-1 to the United States in the final.

"It still hurts," Schuler said. "The defining moment was when we were awarded our medals and hoisted our flowers up above our head to recognize the fans and the support of the fans, the whole building kind of erupted.

"At that moment I knew, even though we didn't win the gold that day, it was still a golden moment for all of women's hockey."

She and her Canadian teammates went to the first tournament in Ottawa unsure of how women's hockey would be received. Dressed in controversial pink jerseys, they were stunned by the reception.

"We didn't realize there was that much support there for women's hockey," Schuler said. "One of the reasons they made us wear pink was to create a media hype over it. They were trying to create controversy so people would tune in, but the support was overwhelming."

Schuler compiled 12 goals and 19 assists in 65 career games for Canada. Similar to the NHL, players have a certain respect for coaches who have been in the trenches.

"She understands what we're going through," forward Brianne Jenner said. "Given that, we have a lot of trust in her and she knows how much she can push us and how much she can get out of us."

More doors were opening for female coaches when Schuler was cut from the 2002 Olympic squad. She established a women's hockey program at University of Massachusetts-Boston before heading to her alma mater Northeastern, where she coached for five seasons.

Wanting experience in a top NCAA women's program, she joined Miller at Minnesota-Duluth in 2008 as an assistant. The Bulldogs had just won their fourth national championship.

"To be mentored," Schuler said. "It was a tremendous opportunity to be able to go and see how an elite program was run. Just to see the insides of it and how Shannon ran things."

Minnesota-Duluth jettisoned the Bulldogs' all-female coaching staff at the conclusion of the 2014-15 season.

"Obviously that was a tough situation to be in," Schuler said. "To see a whole staff go is always tough, especially when they're all females."

Schuler, who was Canada's assistant coach at the 2015 world championship, hopes her ascension to head coach this year sends a more inspiring message to women in the profession.

Schuler counts Miller and Melody Davidson as significant influences on her coaching career.

Davidson, now Hockey Canada's general manager of the women's team, coached Canada to back-to-back Olympic gold medals in 2006 and 2010. She was an assistant coach in 2002 when Schuler got the bad news she would not play in a second Olympics.

"I knew those were things I wanted to be as I moved forward in my coaching career. When the two of us sit down and start talking hockey, for me, it's the best thing ever." 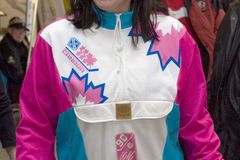 A female coach in the NHL is a question of timing and the right woman
March 30, 2016 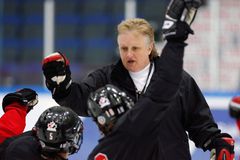