Toronto Maple Leafs general manager Brian Burke and the newest member of his team, James Van Riemsdyk, both completed conference calls with media on Saturday night shortly after he was acquired from the Philadelphia Flyers in exchange for Luke Schenn.

Here is a summary of their thoughts on the deal:

[On Van Riemsdyk's injury history] "It's not something that we're worried about, and it's not a factor from our standpoint."

[On what JVR brings] "He did have a magical playoff a couple of years ago. This is a guy who was a very high pick. He brings size, foot speed, skill and this is a guy we think can make a difference on our hockey team. This is something we talked about doing earlier in the year and decided not to. When Paul [Holmgren] and I revisited it this weekend, we both decided it might make sense."

[Will he play centre or the wing?] "I have talked to Randy [Carlyle] briefly. Where he plays and with whom he plays is up to the coach. He has played a fair amount of centre in his career; he was a centre until he turned pro. I envision him mostly on the wall, but if Randy wants to try him in the middle, that's fine, too. From my perspective, we're not big enough up front and this is a guy - not that he plays huge, he's not a big banger - but he's a big body with skill and those people are hard to eliminate. I envision him being in the top six and that means on one of the power play units. I know he played point on the power play before so that will be up to the coaching staff. But this is a guy we think can help us a lot."

[On Schenn] "We never had any issues with Luke as far as him as a person, a player, his work ethic, his approach to practice and games. He's a quality person and a quality hockey player and we thank him for the time he spent here and we wish him well with Philadelphia."

"You can't get quality in a trade without giving up quality. Paul Holmgren's too smart for that. So we had to put a good hockey player on the table to get a good hockey player. I think it's a trade that will benefit both teams. I think both these players have their best hockey in front of them."

[How trade came about and why it took so long to put together] "It might be because we're both so cautious about moving players who we believe in. We did discuss it midseason and decided to table it. At that point, I think James was injured. So we decided to table it. When we revisited it, we didn't both say let's do this. We both slept on it and took some time. I'd say it kind of evolved in the last 48 hours, 72 hours and then we decided we would do it."

[On JVR's playing style] "I don't want to create any illusion or delusion that we're acquiring James Van Riemsdyk as a physical presence. This is not a big banger. This is a guy who uses his size when he should. He uses it to create offensive opportunities, he uses it down low and he's responsible and reliable in his own end. This is not a guy who's going to put people through the glass. Sometimes people look at a big player and say oh he's big so he should play tough. This is a skill player with size... This is not a plough horse. This is a thoroughbred."

[On going to Toronto] "Obviously there's some mixed emotions because the Philadelphia organization has treated me well... But at the same time, going to play in Toronto is really exciting for me. The tradition they have there, the city, the fans, it's all unbelievable. Growing up a big time Yankees fan, it's kind of like playing for the New York Yankees of the NHL. I'm definitely looking forward to getting everything going."

[On being dealt] "You've got to kind of be prepared for anything and there's never really that big of a surprise. You kind of hear some of the rumours going on and you kind of wonder so it's not like I was completely blindsided by everything here.

"Now I'm definitely looking forward to this new challenge and opportunity in Toronto and I think it'll be a great thing."

[On things not working out in Philadelphia] "Ideally I think anytime anyone gets drafted they want to picture things perfectly. You imagine playing there your whole career and winning a few Cups and that but that's obviously not the way things always work out."

[On his experiences with Toronto and helping the Leafs improve in the standings] "Toronto has always been one of my favourite cities to come to in the league. Obviously there's a great following, a great buzz. Anytime you're playing, there's that excitement in the air. Just an awesome hockey town. That's something that will definitely be pretty exciting.

"I'm just hoping to be a piece of the puzzle to help maybe get things going in the right direction... Obviously it's a very tough league to win and the margin for error is so small. There's a lot of great pieces in place and I just hope I can contribute and be part of a winning team there." 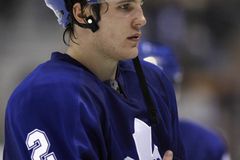 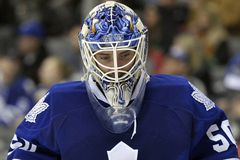 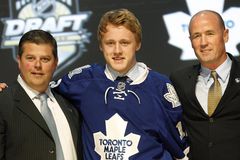 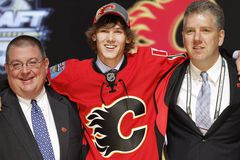