"You've got to be driven by your best players."

That was how Peter Horachek started his postgame press conference, after yet another Toronto Maple Leafs loss, and his message didn't improve from there.

The interim head coach, with 10 games to go and tired of being embarrassed, didn't name names, but he hardly had to.

He did name those who were playing hard in a 4-1 loss to the San Jose Sharks, a game in which they were embarrassed early in allowing 21 first-period shots.

Netminder Jonathan Bernier had shown up, he said.

So did young call-up Sam Carrick and fourth-liner Zach Sill.

"We can't get a work ethic that is acceptable," Horachek said. "It was like a pro team playing a non-pro team. Out classed. Out worked. Out skated. Out hit. I'm not sure on out hit, but the [Sharks] had the puck the whole time. It's not good.

"There's certain guys that they're doing their thing the way they're supposed to. There's too many guys that may start for part of the game and then they fall off and it's just not the way it has to be."

Horachek has coached 32 games now in Toronto, and the Leafs have lost 26 of them (6-23-3) as they've plummeted down the standings.

If you look at who has been contributing in that time, it's a pretty short list.

Phil Kessel has three points in 32 games at 5-on-5. James van Riemsdyk has five; Tyler Bozak has six. Joffrey Lupul has only two assists at 5-on-5 in 19 games since returning from injury.

Heck, the Leafs leading scorer at even strength under the new coach remains Dan Winnik, who was traded away to Pittsburgh 12 games ago.

And people are blaming Horachek for the team's record in that span.

It's no wonder the coach is upset, even if making the playoffs became an impossibility months ago and even if he has little chance to be back. He wants to see this group, regardless of who's left, playing for pride, and they're simply not.

Many appear to have given up.

"If you don't have the courage or the character to be able to understand that [a strong effort] is the most important thing and to be ready to play and be pushing then there's a problem," Horachek said.

"I think every single time we step on the ice we're showing ourselves. You're showing yourself to the fans, to management. Character's got to be important. We've got to rally around it. We understand that we're not in the playoffs. We understand that. But it doesn't change your work ethic.

"One thing you can give to your teammates and to the fans is your attitude and your approach to the game. Your work ethic. That doesn't ever have to change. I see Sammy Carrick working hard. I see Zach Sill working hard and trying to do what he can as a fourth-line player. If you can't bring a good attitude and a work ethic to drive this team while we're short and while things are hard – that's when you should get revved up. [What we are doing] is not good enough."

When the Leafs made the coaching change in January, they had won only two of nine games, and management could see the tailspin coming once again with 27 of the next 40 games on the road. The hopes that things would turn around were slim, but they wanted to see this core in a different system and pushed to play a better defensive game in order to make some hard decisions on their futures.

President Brendan Shanahan told the media he also wanted to see what his team was made of, facing that kind of adversity, and over the last couple months, he certainly has.

Just not in the way he had hoped.

And that's made some of those hard decisions a lot easier. 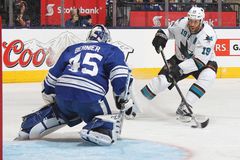 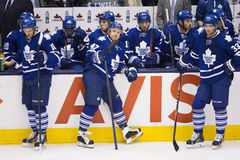 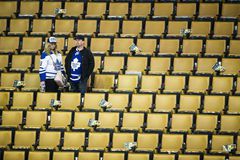 The off-season mercifully approaches, but who should the Leafs keep?
March 17, 2015 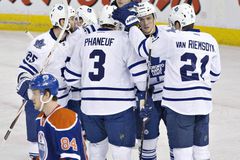