"I hope not," the 23-year-old centre offered back, chuckling as the cameras rolled.

This isn't anything new for Kadri, who has been the centre of attention and answering questions from Day 1 with the Leafs. But with his fourth pro season, and really his first opportunity to play a full 82-game campaign in the NHL, the focus has become even more intense for three reasons.

The Leafs have struggled.

The trade rumours are picking up.

And Kadri's numbers are well off where they were a year ago, when he was one of the biggest stories of the Leafs season in breaking out with 44 points in 48 games.

That kind of production was always going to make Kadri's life difficult this year, especially considering it was the type of odd statistical blip that occurs once in blue moon. Basically every puck Kadri shot, passed to a teammate or breathed on went in the net last season, as evidenced by a league-high 15.2 per cent shooting percentage when he was on the ice at even strength.

This year, that's cratered to a below average 7.4 per cent and his point totals have predictably fallen to a similar extent, even though he's been on the ice for more opportunities (9.4 shots per game compared to 7.6 last season).

Some of that has come due to more ice time and better linemates, including time with Phil Kessel, but Kadri also hasn't been sheltered the same way he was last season, when teammates Mikhail Grabovski and Tyler Bozak took every tough assignment and Kadri picked apart depth lines.

That there have been some growing pains in adapting shouldn't be surprising and shouldn't be cause to write off his development into something more than the 50-point player he is today.

Given where the Leafs currently are – in the standings and their ongoing rebuild – it frankly doesn't make much sense to move a skilled 23-year-old centre that might be simply figuring his game and the league out.

"It's a tough market," said Leafs veteran Joffrey Lupul, who has become somewhat of a mentor to Kadri as a frequent linemate and alternate captain. "A lot is expected of him, and he's delivered for the most part. He's struggling a little bit right now, but this is a tough league to have success in. And just because he's struggling right now doesn't mean that he's not going to be scoring again five games from now.

"He's an important part of our team and a player the Leafs drafted and brought up and were patient with. So it would be disappointing to see something happen now."

"It'd be terrible," Kadri said when asked about a possible deal. "I don't see it happening, and I don't want it to happen. This is my home, this is where I want to be, and until otherwise, I'm going to give them everything I have."

To date, the organization has said many of the right things about Kadri publicly.

Carlyle called on him to simplify his game at practice on Friday but hardly sounded discouraged, adding that Kadri had "played better" of late despite not being rewarded for it with goals and assists.

"It's up to Nazzy to put his nose to the grindstone," Carlyle said, "To do the little things, get involved physically, move the puck, keep it simple, and make plays when he's inside the blueline deep enough that we don't have to risk the turnover."

Leafs GM Dave Nonis, meanwhile, appeared on local radio a day earlier and inferred the trade talk around his young centre had been all generated by interested teams checking in.

And there is. But it's also not hard to draw a connection between all this trade talk and what may end up happening. Reasonably often, when there have been rumours around the Leafs in the past, there's been something behind them.

Consider Luke Schenn one example of a young player the Leafs were listening on for ages, and he was ultimately moved to the Philadelphia Flyers in a brilliant deal by Brian Burke for big winger James van Riemsdyk, who – like Kadri – was going through a bout of low on-ice shooting percentage-itis.

Then there were the Jonathan Bernier rumours, which were hot and heavy all last year with plenty of substance behind them given Nonis later admitted he'd been pursuing the goalie ever since he got the top job last January.

So when Larry Brooks of the New York Post reports that the Leafs would "love to find a taker for Nazem Kadri," and Sportsnet's Nick Kypreos follows that with the fact two NHL teams told him that Kadri was "available in any trade discussion," and TSN's Darren Dreger muses that there's "perhaps even a strong chance" the deal could happen as the March 5 trade deadline creeps closer… well it's not all hooey.

What it is is a small window into the organization's thought process, including how they perceive Kadri and his future role, and how they expect to improve the roster.

The issue here is that trading a slumping Kadri for a better player at his position – where Toronto will need an upgrade, eventually – will be an incredibly tough deal to pull off and one at least partly motivated by Kadri's incompatibility with Carlyle's big-bodied style.

It a dangerous strategy given it's hard to know exactly what they'd be giving up. Plenty of players, especially down the middle, have struggled into their early to mid-20s before figuring their games out.

The last thing the Leafs need is another Alex Steen situation, where a future franchise cornerstone was traded for pennies on the dollar because his percentages were way down, the coach unimpressed and his game incomplete.

That's no way to build a team. 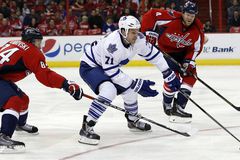 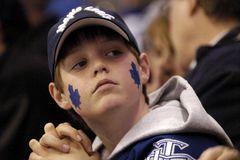 Mirtle: Maple Leafs emerge as masters of the shootout
January 16, 2014 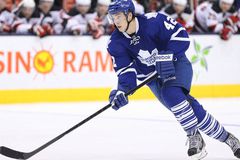