His resume is not all that different from so many other journeymen in NHL training camps these days, with just 107 games on hockey's biggest stage and more than 300 spent scrapping out a tough living in the minor leagues.

But of the 51 players at the Toronto Maple Leafs training camp, Troy Bodie's name sticks out more than the others on the bubble for one key reason.

He's married to the boss's daughter.

Or, more specifically, the pride and joy of his boss's boss, Tim Leiweke, the new president and CEO of Maple Leafs Sports and Entertainment and one of the most powerful sports execs in the business.

So far, Bodie hasn't received an earful on the ice about his link to the Leafs front office – although he wouldn't be surprised if it's coming.

"I don't think too many guys have made the connection," Bodie said Monday morning from the Leafs dressing room. "I'm not advertising it. I'm sure I'll get it a little bit."

"He probably has the toughest task of anybody on the team," Leiweke said during the first intermission of Monday's night's preseason game, his first in the platinum seats at the Air Canada Centre. "Everyone has kind of said it's going to be easier for him because of who he married. But I think it's going to be harder for him."

The basic timeline of events for the Leiweke clan go something like this.

Leiweke was hired as the new head of MLSE in late April, airlifted in after nearly 20 years with American sports giant Anschutz Entertainment Group.

A month after that, Bodie and Francesca Leiweke were married in Los Angeles, three years after the pair met during Bodie's time playing for the Anaheim Ducks.

It all raised a few eyebrows in the media and among some of the fickle members of the Leafs fan base, but according to general manager Dave Nonis, there was very little nepotistic about the move.

The organization knew Bodie well due to his short stint with the Toronto Marlies back in 2009-10, and Leafs coach Randy Carlyle also had him in Anaheim for roughly half of his time in the NHL.

"We had a good experience with him and tried to bring him back earlier," Nonis said. "And Randy is a supporter of his. Obviously Tim has a different relationship with him, but he never pushed for us to sign him."

According to Leiweke, it was just the opposite: He wanted to have no part in bringing in his son-in-law – something he knew would draw attention – just as he was settling into a demanding new job in a new country.

"Because of the nature of the media here, you're always aware that everything's being scrutinized," Leiweke said, sounding like a man who has learned a lot in his first four months in Toronto, where he has made headlines for, among other things, revealing he had a Stanley Cup parade route planned. "But Dave came to me and asked if I had a problem with it. I said 'Don't make a decision because of me. But if that's the decision you guys want to make, then I'll live with it.' "

Living with the changes in the family, on both sides of the equation, has been an interesting process.

Bodie, a 6-foot-5, 220-pound enforcer who grew up in a very different environment as the son of a crop-duster in Portage La Prairie, Man., has received more in-depth knowledge about the business of the game than any player in the league, in part because his new wife was part of the family business.

Back in Los Angeles, Francesca Leiweke served as AEG's vice president of special events, where she was part of a team attempting to bring the NFL back to the city.

"Obviously there's a bit of talk at the dinner table," Bodie said. "My wife's very involved – she likes to pick her Dad's brain and I like to sit there and sponge it all in. I enjoy learning about it, and he's such a great guy to learn from. One of the smartest guys in this business.

"It was very intimidating when I first met him," he added.

Leiweke chuckles when told his new son-in-law takes an interest in his role.

"He laughs at me about all the crap I take in the media," Leiweke said. "I don't get much sympathy from him, but it's good to know he's learning at my expense."

Whether or not Bodie ever plays with the Leafs is a legitimate question, but his chances of making the team have certainly been boosted of late.

Both of the Leafs regular tough guys, Colton Orr and Frazer McLaren, have been hit with injuries, with McLaren's broken finger likely keeping him out through at least the first week of the regular season.

More than the other AHL veterans in camp, Bodie has a willingness to drop the gloves, too, and that makes him a candidate for a fill-in role. His 88 fights between the NHL and AHL the last seven seasons combined with Carlyle's glowing assessment could be enough to ensure he spends at least a little more time in the NHL.

"He has a chance to stick [in the NHL]," Nonis said, "but at the very least he'll provide great depth and leadership for us."

For his part, Bodie appears to know that, more than his father-in-law, what will get him a spot is being a good foot soldier.

"Randy likes his rough and tumble players," Bodie said. "I like to get out there hard on the forecheck and get in my hits and stand up for my teammates. Hopefully it's what he's looking for."

"The kid gets his role," Leiweke said. "He understands 100 per cent what they expect out of him and he has no illusions about what he is and what he's not… I think that's actually why he's here. It wasn't who he married. It was what he did during that stint that he had with these guys in Anaheim. He's Randy's kind of player." 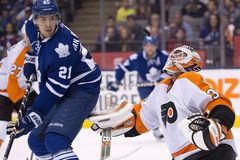 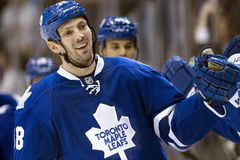 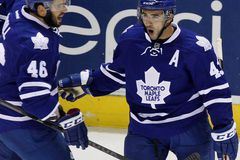 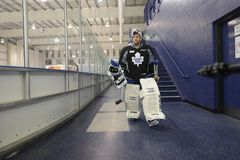 Leafs could put a puncher on the penalty kill
September 13, 2013 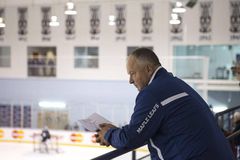 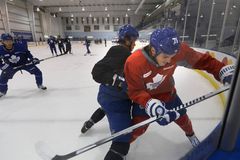 This NHL preseason the focus is on players, not contracts
September 13, 2013 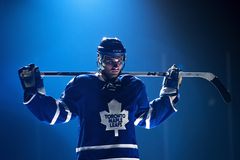 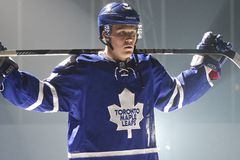 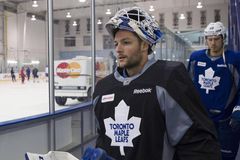