The Toronto Maple Leafs long search for help for Randy Carlyle behind the bench has finally wrapped up.

And one of the hires is coming from within.

Spott, 46, surprised and impressed a lot of people in the AHL in keeping a very young and injury-depleted Marlies team competitive all year, his first as a coach in pro hockey after more than a decade in the OHL with Plymouth and Kitchener.

Management views him as a coach on the rise.

"I think Steve is an NHL head coach at some point," Leafs GM Dave Nonis said. "This is the next step for him… This will be a big learning curve for him, but he'll offer a lot."

Horachek, meanwhile, is probably best known for the many years he put in as Barry Trotz's assistant/associate and right-hand man in Nashville, but he had a difficult, short stint in Florida after taking over for Kevin Dineen early on last season.

Horachek often worked with the defence pairings on the bench in Nashville and should reprise that role in Toronto, where the blueline has been overhauled already with the additions of Stephane Robidas and Roman Polak.

"You look at his resume, it's pretty long and he's had some success," Nonis said. "He's coached as an assistant with one of the top coaches in the league in Barry Trotz. He's kind of a no-nonsense coach."

Both new coaches have a reputation for being strong communicators and that will come in handy given they are going to be tasked with getting Carlyle's ear and changing the way this team plays.

The Leafs were one of the NHL's worst possession teams under the former coaching staff – all three of Carlyle's assistants were let go earlier in the off-season – and new team president Brendan Shanahan has made fixing their defensive play a major priority.

One positive sign there is the fact that, under Horachek, the Panthers were at least a 50-per-cent possession team (league average) despite a roster that was certainly weaker than the Leafs, who finished right near Buffalo at less than 42 per cent.

Poor goaltending was a huge part of what sunk Florida's season, not the coach.

The Marlies weren't a strong possession team, but Spott brings a unique perspective given that he spent last season with a lot of the young players the Leafs are hoping can step into a bigger role.

He also knows David Clarkson and Nazem Kadri well from their time together in Kitchener.

"We're going to hopefully have a pipeline from the Marlies to the Leafs that is continuous," Nonis said. "[Having Spott] is going to be very helpful for us in transitioning players."

"I think a big part of being an assistant coach is having a relationship with players," Horachek added during an appearance on TSN Radio.

With Carlyle on the hot seat to start the year, one major side story to the hirings is the fact that either Spott or Horachek could be in line to take over at some point midseason if the Leafs falter in the standings.

Horachek, in particular, is anxious for another opportunity to be a head coach somewhere and likely views Toronto as a decent opportunity.

Adding Spott and Horachek ends a two month search that involved Nonis considering a long list of names that included Tony Granato, Kevin Dineen, Mark Morris, Ted Dent and Marlies assistant coaches Derek King and Gord Dineen. Carlyle was also given considerable say into who the hires would be and met at length with Spott and Horachek in recent days.

Generally speaking, adding assistant coaches isn't considered a major organizational shakeup in the NHL, but in this case the Leafs have made so few changes to their core personnel that how the systemic problems are addressed is of vital importance.

Nonis believes their ability to reach players will be their best asset, as there was a sense a year ago the coaches' messages wasn't always being received.

"You can't flip a switch with two coaches and say that everything's going to be different," Nonis said of a potential culture change. "It's going to be important that they build strong relationships with our players, and they're both very good at that." 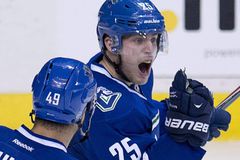 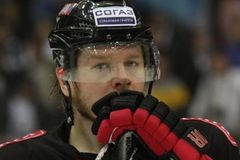 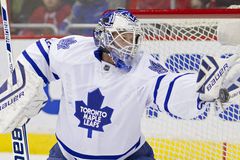 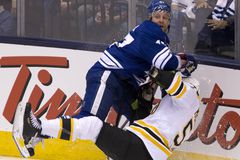