It was a remarkable sequence.

Shift after shift, the Toronto Maple Leafs were deep in the offensive zone, cycling the puck on the Boston Bruins and wearing out captain Zdeno Chara to the point he was hardly moving by the end what became a shift of 2 minutes 37 second for the big man.

The full extent of the Leafs' dominance lasted roughly 12 minutes in the second period of Saturday's 3-1 loss, but the damage they managed to do there was unlike that of any other stretch they've managed this season.

They outshot Boston 17-3, all at even strength, and had 24 attempts on net compared to five from the Bruins.

In other words, they looked little like the Toronto Maple Leafs – and more like the team that coach Randy Carlyle wants them to become.

"I think every coach would like their team to play that way," Carlyle said. "That's more the type of hockey that we're going to ask the hockey club to play. A little bit more of a cycle game, a little bit more of a puck-possession game, you know, instead of the up and down, trading chances."

"Obviously it felt pretty good there in the second period taking the game over," alternate captain Joffrey Lupul added.

The analysis of the Leafs' shots-on-goal problems has been beaten to death over the past 10 months, but the real issue in the long term is one of zone time, not simply putting meaningless rubber on goal.

By any measure, Toronto spends a disproportionate amount of time in its own end, with new statistics estimating their offensive versus defensive zone time at 41.4 per cent, the second-worst rating in the league.

Saturday against Boston was one of the Leafs' best games by that measure, as they competed so well in that lopsided second period that it skewed the numbers to about even overall.

The reason they lost was that in the rest of the game, including on special teams, they were beaten badly, undoing the great work of the one short stretch.

Carlyle has been talking about his team being a better possession team since the first day of the regular season, when he responded to a question from TSN's Bob McKenzie on the subject on Oct. 1 in Montreal.

The coach has since repeated that mantra at other times this season, too, noting that they'd like to have the puck more than a year ago and to not rely so heavily on goaltending and special teams to win games.

But getting a total buy-in from some of the players on that front has been difficult, especially with the Leafs posting an 11-6-0 record even while being one of the league's weaker teams at even strength.

"We've shown this year we're not a team that has many guys that just skate down and kind of waste long shots on net," Lupul argued after Saturday's game. "We like to get the puck in and make some plays."

One potential problem with that strategy has been evident the past three games. Toronto's forwards have only two points in that span and both of them came on individual rushes involving an outnumbered player.

In Vancouver on Nov. 2, the Leafs were only able to attempt 27 shots at even strength, compared to 54 for the Canucks, primarily because they couldn't establish any time in the zone.

Toronto was then out attempted 50-24 against the New Jersey Devils on Friday, a game the Leafs managed to win thanks to a highlight-reel goal by Phil Kessel and getting the only tally in the coin toss that is the shootout.

Minus that great 12-minute stretch against the Bruins a night later, meanwhile, they were out attempted 46-17 and outshot 22-6 at even strength – a perfect illustration of how little they mustered in the first and third periods.

NHL teams can win games without puck possession. Great goaltending is a huge equalizer, as are special teams that have been as consistently strong as the Leafs over the last 65 regular season games.

But what's inarguable is that Spending so much of the game 5-on-5 in one's own end makes it harder to outscore the league's better team every night.

For the Leafs to make their next step and start beating teams such as the Bruins more regularly, they'll need to look more like that team from Saturday's second period and less like the one that cost them the game.

"I think that is the most important thing for us," Carlyle said of altering his team's style this season. "To get an understanding of how we have to play to be effective, both at home and on the road." 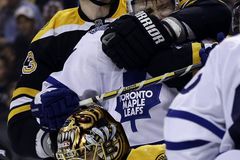 Maple Leafs load up top line for the Devils
November 8, 2013 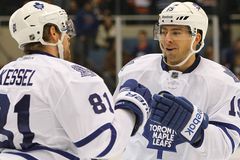 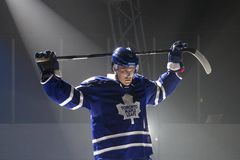 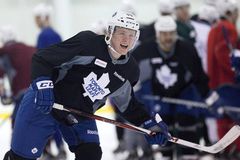 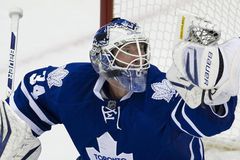