It's a contract that's caused a lot of debate already in Toronto.

Is Joffrey Lupul worth $5.25-million a season for the next five years?

That was the extension he landed on Sunday afternoon, after playing just 144 games the past three years as he dealt with, primarily, a serious back injury and infection that threatened his career.

Lupul has had an interesting, up-and-down career, and last season involved a bit of a reinvention for him as he finally emerged as a top-line offensive player.

It's a transformation that has really impressed Leafs coach Randy Carlyle, who butted heads with Lupul in Anaheim due to his defensive deficiencies.

"Lupes and I didn't see eye to eye, in the past," Carlyle said. "Because of the type of player [he was]. He's a much different player now than what he was then and that's partly because a) I didn't give him the right situation or put him in the right situation and b) he suffered almost a career-ending injury and he's taken a different approach to his preparation, both physically and mentally.

"He's a much more complete hockey player today than he was five or six years ago. He's not the only player you can say that about. I think Lupes has shown a tremendous amount of leadership, a lot of courage and a lot of grit and determination to get where he is.

"If you look at the line, you notice he's more likely to be the guy in front of the net taking the beating than the guy that's around the perimeter. Every mixture of lines needs people to do certain things and he's prepared to do that. He does it both on the ice and off the ice. You can count on Lupes to be the guy."

So there's Exhibit A on why Lupul got the contract he did. And a letter on his jersey this season.

You talk to the younger players on the Leafs, and it's very clear they all look up to Lupul. He has been able to become something entirely different, dressing room wise, than what he was in Edmonton, Philadelphia or Anaheim, and may in spirit be more of a captain than Dion Phaneuf provided he has another strong year.

"He's done great things since he's been here," linemate Tyler Bozak said on Monday, as the team prepared to face the Buffalo Sabres in the home opener. "He brings leadership, a ton of skill. He's just a great guy to have on your team."

Now, all that doesn't necessarily translate into earning those huge dollars, especially when that line continues to have defensive deficiencies that he's a key part of, but if you look at his comparables the past few seasons, they're, for the most part, making big money.

What makes the timing of the deal a little curious is that Lupul's injury history would seem to invite a longer look at him this season, just to ensure he's fully healthy. The only comparable there to play as few game as he has is Edmonton's Ales Hemsky, who also signed a $5-million extension but was only given two years.

Fans can expect Lupul will regress a little from last season, but he should be good for 60 points in an 82-game season over the next three years, and players like that get paid in this league.

What you can also take from the deal is a clear indication from Dave Nonis that he intends to lock in his core, which includes Phil Kessel and Dion Phaneuf, who will both be eligible for extensions beginning in July.

Nonis may have gone a bit of a different direction from Brian Burke in shuttling out depth veterans like Tim Connolly and Matt Lombardi, but from all his comments to date, you can tell he believes in the top players he has here and wants to build around them.

The players can sense that, too.

"He's definitely in the nucleus of guys who they obviously want to move forward with," Bozak said of Lupul. "I think he should be. When you get guys with leadership skills and talent, it's always a good idea to lock them up. He only makes our team better."

This, however, is still a group that needs more top end talent to really contend, meaning if Lupul, Kessel and Phaneuf are going to be part of your core, they'll need to be bumped down the lineup from the 1A positions they currently occupy.

Whether those upgrades come from within or via free agency or trade remains to be seen. But on some level it makes sense to keep your complimentary scorers, like Lupul, as it means you maintain an asset to either play further down the lineup (in theory) or trade (if warranted) when the team improves.

It's no bargain, but as long as he's healthy – which he insists he is – it's not a huge waste of cap dollars either. Especially considering the huge contracts players like Travis Zajac have signed recently.

Scrivens set to start for Leafs versus Sabres
January 21, 2013 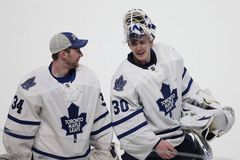 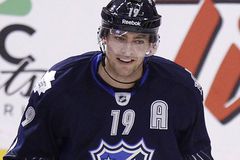 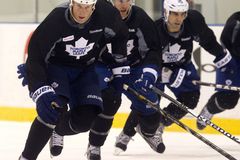