As the Toronto Maple Leafs talked about taking the positives out of yet another squandered chance for a win, one of their goaltenders has to be wondering if he is being denied the opportunity to turn things around.

James Reimer was pulled for the fourth time this season on Saturday, getting the hook after letting in three goals on 12 shots in the first period by the Detroit Red Wings. This time, a couple of million television viewers probably knew before he did, as the Hockey Night In Canada cameras caught Leafs head coach Randy Carlyle going over to Jonathan Bernier as the Leafs left the ice at the horn. The camera shot was so close and clear no one had trouble reading Carlyle's lips: "You're going in."

This was a nice little scoop for Hockey Night, since most of the TV buzz around the Leafs and Wings these days involves the HBO series 24/7. Then again, 24/7 was given the boot a couple of times in the last week by both teams, since their losing ways of late has made things a bit tense.

But not as tense as Reimer was after getting the hook. But he was less inclined to discuss whether or not Carlyle is keeping him on a much shorter leash than Bernier when it comes to playing his way out of trouble.

"I don't know if I want to really get into that," Reimer said. "Obviously, I didn't want to get pulled. That's the last thing I want. I wanted to hang in there but that's Randy's decision. I respect what he decides.

"I may not like it but that's irrelevant. He's the one who makes the decisions."

It was quite an up-and-down week for Reimer. He was angry after the Leafs put in a half-hearted effort last Monday in losing 3-1 to the Florida Panthers and questioned the work ethic of some of his teammates. This raised a few eyebrows given Reimer's usually sunny disposition.

Then came a superb effort in a 2-1 shootout win over the Phoenix Coyotes on Thursday and things were great again. An undisclosed injury to Bernier, sustained in a loss to the Pittsburgh Penguins on Dec. 16, meant Reimer would get three consecutive starts for the first time this season when Detroit came calling Saturday in a preliminary to the NHL's Winter Classic.

But the roller coaster bottomed quickly when Reimer was gone after the first period. The Leafs fought back to take a third period lead, as Bernier was superb, but then lost 5-4 in a shootout.

Now Reimer is back where he was last summer when the trade for Bernier was made, playing for a coaching staff that clearly has its doubts about him. For Carlyle, the doubts started early against the Red Wings, then escalated when Reimer let in a wraparound goal and didn't come up with a big save when his teammates, who were far worse than he was in the first period, let Detroit forward Tomas Jurco come in alone.

"I thought with Reimer the very first shot that he took went in his glove and out of his glove," Carlyle said. "I thought the rebounds were bouncing away from him. When a goaltender is in the zone, the pucks don't usually go through him. Their third goal went through him. I felt the wraparound goal was a stoppable wraparound. "

Even though Reimer's numbers are similar to Bernier – he is 8-5-1 with a .924 save percentage and 2.83 goals-against average while Bernier is 10-11-3, .927 and 2.49 – his style is not one to win over coaches. Reimer depends on his athleticism for success, making three saves when one will do because he often thrashes around, letting the puck bounce around at will, stopping it when it comes back to him.

That works great when you are on a roll, but coaches hate that. They prefer Bernier's style. He plays a much calmer game, a butterfly goaltender such as Reimer but one who is more positionally sound. Bernier is almost always square to the puck and rebounds are a much rarer commodity when he is in goal.

Goaltenders get pulled for several reasons, as Carlyle pointed out: "When you do that, you do it based not specifically on the individual getting pulled. You do it for your team. You want a spark for your team and I thought Bernier came in and did that for us."

That spark came not from any fire exhibited by Bernier. Quite the opposite. It came from his coolness under fire. The Leafs managed to come back and get a lead in the third period and the fact they let it slip away could not be pinned on Bernier even if he let in two goals in the shootout.

At this point, Carlyle has too many problems elsewhere on his team to play around with the goaltending, which had been excellent until the last few weeks when it regressed to good, a dangerous thing when a team gives up as many shots as the Leafs.

So we may have reached the point where Bernier will finally take over the No. 1 role management saw for him, fair or unfair as it is for Reimer. 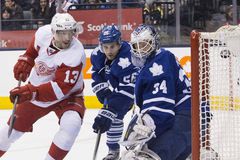 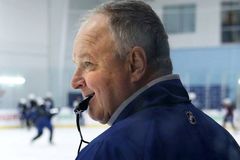 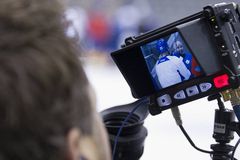 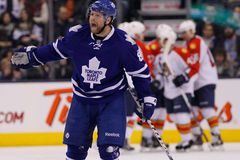 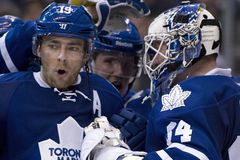 Shoalts: Leafs unable to build any momentum in ugly loss to Panthers
May 11, 2018 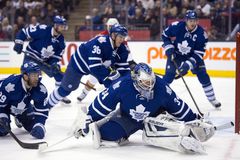