It was enough to leave James Reimer quoting Ron Wilson. Seriously. The Toronto Maple Leafs are 6-1 and living the most charmed of charmed NHL existences – flipping the bird to all the talking  heads, statistics wienies, folks who worry about turnovers and shots on goal and such drivel. They are 6-1 after Tuesday's 4-1 win over the Minnesota Wild despite being out-shot 38-14, including 18-3 in the first period when they were short-handed on four occasions, and slaughtered in the face-off circle, 62 per cent to 38 per cent.

They are 6-1 because in James van Riemsdyk's absence – a mysterious upper body injury that head coach Randy Carlyle said "surprised us," – yet another Marlies call-up stepped in and scored a goal: Trevor Smith, who squeezed a shot through Darcy Kuemper's five-hole on a play set up by the first of two Morgan Rielly assists.

They are 6-1 because Mason Raymond did a van Riemsdyk impression on the power play for his first of two goals, scored on a power move down low. They are 6-1 because Carlyle's gut call paid big dividends: there's no guarantee that Jonathan Bernier wouldn't have stoned the Wild just like Reimer did, but considering Reimer's effort came in his first game since being yanked against the Ottawa Senators in the third game of the season, well, there had to be some risk.

"Woodpeckers on the mail box," Carlyle called reporters fixated on his goaltending decision before the game. Thank goodness he added the 'wood.'

Reimer provided the foundation for this victory, which despite the Wild's dominance seemed to become almost matter of fact after Raymond's power-play tally at 12:23 of the second period. Odd, on a night when Reimer admitted that he never really found a rhythm; never had a sense that the puck was "sticking to me." It was, he said, one of those games where he felt like "a player when you don't have your hands, you know?" When the shots don't go where they're supposed to go. Reimer also provided a moment of levity, when after being pressed about the performance of Morgan Rielly – no way this kid goes back to junior, folks – he reminded reporters "let's not make monuments to him." That, of course, is something for which Carlyle's predecessor, Wilson, once scolded reporters.

The Leaf netminder admitted he was aware of the discrepancy in shots – the Wild had five on him in the first three minutes  – but noted that "Minnesota is a team that limits your chances. I don't think you can go in a game against them expecting 40 shots."

Raymond's first goal – the Leafs third on seven shots – chased Kuemper from the game. In his first start of the season, after Josh Harding was in goal for Monday's 2-1 win over the Buffalo Sabres, Kuemper, like Reimer an alumnus of the Red Deer Rebels ended up sitting at the end of the bench with nothing less than a shell-shocked look on his face. Harding came on and was on the bench when Raymond scored an empty-net goal with 59 seconds left in regulation time. "It was tough on him," Reimer said. "That's a tough first start. His game was the hardest of all three of us … and he gets that tic-tac-toe right away."

Reimer was referring to the Leafs first goal, a quick developing power-play effort. Phil Kessel stretched the Wild defenders, Cody Franson looked off another Wild penalty-killer then found Dave Bolland to Kuemper's right, and Bolland slid the puck to Tyler Bozak who scored his third goal of the season.

Carlyle gave a list of reasons for choosing Reimer over Bernier without being specific, essentially settling on a desire to prevent either of them from getting "stale."

Reimer shrugged off questions later about the meaning of the start or the win, saying: "You want to make the decision (who starts) tough," before catching  himself and changing course. "Actually, in essence you want to make it easy, right?"

At any rate, let's leave the big picture alone for awhile, shall we? Six wins in seven games is something any Leafs fan would take to the bank. Rest assured that, as Carlyle noted about his teams style of play, "the worry is that some time we will get our butts kicked playing this way." Rest assured that, to quote Carlyle again, "not every win is going to be a work of art." The Leafs are 6-1 and have put together that record with both Bernier and Reimer contributing and if you really want to get a sense of this team perhaps focusing on the empty-netter is a way to go. There was Raymond, taking an unselfish feed from Kessel and rolling the puck towards the open net with Kessel in pursuit; Kessel in position for a cheapie; Kessel in position to put another goal in his hip pocket on the way to 30 or 40 goals; Kessel earning – what? – seven or eight times what Raymond makes? Kessel … watching over the puck, letting it roll into the goal untouched. Kessel, checking around to make sure nobody from the Wild would touch it. That, too, was not lost on Reimer.

"First thing you have to do is make sure the puck goes in the net," he said. "But, yeah, that says something about Phil to be that unselfish. That's what a team sport is all about." 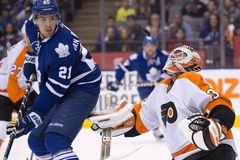 Shoalts: For a work in progress, Leafs are riding high
October 13, 2013 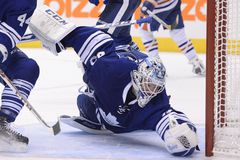 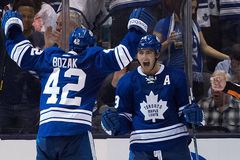 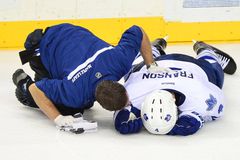 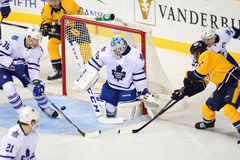 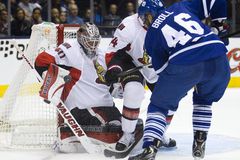 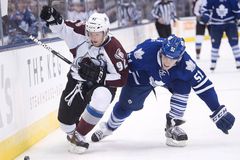 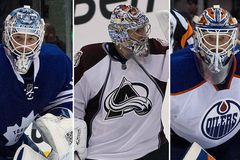