For the New York Rangers, it was the perfect road game, a neat and tidy return to the win column after a shutout loss to the Ottawa Senators on Thursday.

For the Toronto Maple Leafs, this was a second straight loss after a 4-0 start to 2012 and, more importantly, another sign there's still far more work to be done to stay among the East's top eight.

The Rangers shut out the Leafs 3-0 on Saturday at the Air Canada Centre, badly out shooting Toronto for much of the proceedings and getting timely goals from forwards Mike Rupp, Brian Boyle and Derek Stepan.

The loss was the sixth straight start for Leafs netminder Jonas Gustavsson, who was merely mediocre but received very little help at the other end of the rink.

Most troublingly, for the third game in row, Leafs scorer leaders Phil Kessel and Joffrey Lupul were both held off the scoresheet.

And anytime the top line hasn't been on the board, Toronto's had significant trouble picking up wins.

After a scoreless first, Rupp opened the game's scoring early in the middle frame, finishing off a pretty tic-tac-toe play where the Rangers caught Toronto on a 3-on-1 after a bad line change by Mike Komisarek left only Cody Franson back.

That was a bad omen given New York came into the game a league best 19-1-1 when scoring first.

"It was fairly tight until they scored that goal," Leafs coach Ron Wilson said. "It was a bad play, a bad change."

"This was one of those games where you probably needed the first goal to get the momentum," Gustavsson said. "They got the first one then they played a solid game. They didn't give us any chances. They made it tough for us."

Part of the problem all night for the Leafs was simply putting pucks on Martin Biron, who came into the game with a sparkling 8-2-0 record and .922 save percentage and only improved on that by the end.

Toronto had just seven shots on goal by the game's midway point and only 20 overall – not nearly enough rubber given the Rangers boast such a strong tandem in goal.

Some of the Leafs better chances came late in the second, with Kessel hitting the post and Clarke MacArthur whiffing on a deke while in tight on Biron.

"We didn't capitalize," MacArthur said. "It was one of those games where you just couldn't get one in. Their D moved up in the play a lot, took the wings away, then you start chipping the puck in and their goalie's moving it out and it's tough to get a fore-check.

"It's a tough style. You can see why they win a lot of games. They try and bore you out of the rink almost. They wait for a team to break down then they jump on you."

That patience was what allowed New York to get to 2-0, as they capitalized again with time winding down in the middle frame when Boyle's long shot through a screen beat Gustavsson.

The Leafs appeared to get back to within one to open the third as Biron slid into his own net with the puck under him, but an extensive video review was unable to determine if it had in fact crossed the line.

Mikhail Grabovski then hit the post on the next shift – and the goal light briefly came on – but the puck had stayed out.

Minutes later, it was Rangers youngster Stepan putting the game away, as he deked out Gustavsson after breaking in alone and scored his 10th with the 3-0 marker.

"We just seemed all night about half a foot behind," Wilson said. "We needed our speed in order to compete with them. They didn't allow us to get some speed in some situations, but we just didn't have the energy to play the game we needed to play.

"Especially the fact that we played last night in a game that we stretched right to the end [in a 3-2 loss in Buffalo]" he added. "We didn't have the energy to really push back the way we might have had we not played last night."

The only good news for Toronto after this listless effort was that the loss didn't drop them in the standings, as they remained in seventh in the East with both Washington and Pittsburgh idle until Sunday.

Should the Capitals and Penguins win those games, however, the Leafs would fall out of playoff position once again.

In many ways, it's been that kind of season in Toronto, with 2012 amounting to four steps forward and two back so far as they remain one of the playoff bubble teams in the conference.

Next on their schedule is a date with the Ottawa Senators, who the Leafs trail by five points. Wilson noted after the game that injured centre Tyler Bozak is likely to return to the lineup for that game. 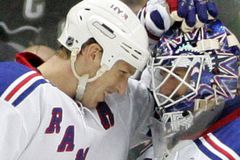 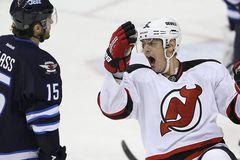 Alfredsson lifts Sens over Habs in shooutout
May 9, 2018 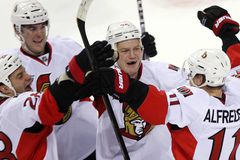 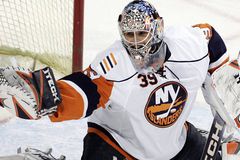 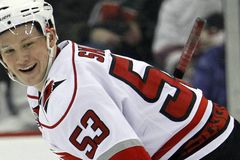