His name is right near the top, fourth in league scoring behind only Steven Stamkos, Evgeni Malkin and Claude Giroux.

You can say a lot of things about Phil Kessel, but he can produce – more than almost anyone in the NHL over the last two years.

And he's done it on a Toronto Maple Leafs team that's not exactly loaded with high output stars.

In that context, it's difficult to deny that Kessel will be worthy of his new contract extension, a deal that will pay him $8-million a season over eight years.

It will also include both a no-movement and a limited no-trade clause, locking him in until 2021-22.

Offence has and always will pay in the NHL, and despite just now entering his prime, Kessel has produced almost as much as anyone.

The number is going to be hard to stomach for Kessel critics, but let's put it in context. As of right now, Kessel's $8-million cap hit will be the eighth highest in the league when it kicks in in 2014-15, behind the likes of older players like Corey Perry, Ryan Getzlaf and Eric Staal who he has out produced in recent years.

As the salary cap sharply rises, as expected, into the $80-million range and beyond within four years, it should look more and more like a bargain over time.

This is now the going rate for an offensive player about to hit the open market, even if players' offensive production begins to tail off in their 30s.

And it certainly helps that Kessel is coming off a strong showing in the postseason against the Boston Bruins, a team Toronto will run up against again and again in the new divisional alignment.

The alternative for the Leafs was far grimmer. Had they opted to not sign Kessel, their options were trading him midseason in a year where the franchise desperately wants to build on last season's playoff appearance, or letting him walk for absolutely nothing next July.

While many are quick to point out that that would open plenty of cap space, the issue would be who to spend it on. In that list of the league's top scorers over the last two seasons mentioned at the top, none of the top 20 changed teams in that period, and the vast majority have basically been career-long stars with one franchise.

No longer can you simply buy a superstar in free agency, and teams are so conscious of the value of offensive stars that they're rarely ever traded, especially in their 20s.

In that context, keeping Kessel was really the only move that made sense for Leafs GM Dave Nonis, and was the reason negotiations intensified over the last few days.

Now he has to go to work filling out the Leafs lineup around him -- beginning with a much needed upgrade down the middle -- and cross his fingers that "Phil The Thrill" stays healthy and productive longer than most. 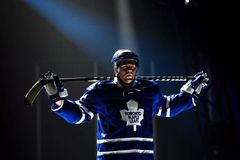 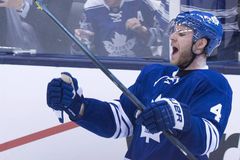 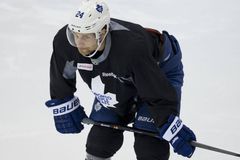 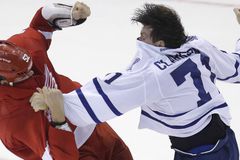