Dion Phaneuf, Phil Kessel and James Reimer took most of the bows when the Toronto Maple Leafs pulled off a heart-stopping clutch win over the Boston Bruins and rightly so but a group of youngsters who all spent time with the Leafs' farm team can say they played a pretty big role, too.

When No. 1 centre Tyler Bozak was a surprise scratch just before the game Sunday night with an undisclosed injury, the Leafs' future had to be now. Head coach Randy Carlyle had to dress centre Joe Colborne, 23, who spent almost all of this season with the Toronto Marlies of the American Hockey League. It also meant more ice time for right winger Matt Frattin, 25, who also started this season with the Marlies, as Bozak's minutes had to be spread around.

But Colborne and Frattin, who played on a line with veteran Joffrey Lupul, responded with a big effort, continually outplaying whatever Bruins line they faced. Both of them were right there with Kessel's 15 minutes and 39 seconds of ice time with Colborne at 15:05, not bad for his first NHL playoff game, and Frattin at 15:36.

Without them filling the hole up front, the Leafs never would have been in position for the heroics from Phaneuf and Kessel in the 2-1 win that tied the NHL playoff series 3-3 and forced the seventh and deciding game in Boston on Monday night.

It was one more surprise for a Bruins team that seems increasingly frustrated by the loose, high-flying Leafs. Now, as if things weren't tense enough for a team with the spectre of blowing a 3-0 series lead to the Philadelphia Flyers in 2010 and losing in seven in the first round last year hanging over it, another problem came up after the game.

The Bruins announced there was a mechanical problem with the plane that was to take them back to Boston after the game. While the Leafs were on their way to Boston on their charter flight, the Bruins said they would be bunking down in Toronto and returning home Monday morning.

Also chipping in again with a big game was another Marlies grad, 22-year-old Jake Gardiner, who earned top minutes again among the defencemen from Carlyle after having to bide his time this season before earning a job on the Leafs. His 21:19 was second on the team in ice time only to Phaneuf's 25:16.

Actually, Colborne's presence in the lineup was a surprise to everyone but him and his parents, Paul and Janice. Carlyle and the Leafs even faked out their own public-address announcer, adding Bozak's name to the list of lineup scratches after they were already announced just before the game. But Colborne was told right after the Leafs won Game 5 in Boston on Friday that Bozak was hurt (it's an undisclosed injury, suspected to be his right arm) and he would be playing Sunday.

"Randy wanted to throw you guys for a bit of a loop, I think, so we kept it real quiet," said Colborne, who was called up to the Leafs on April 4. "I wasn't able to tell anyone outside of my parents and I made them swear that they wouldn't be letting that slip, either."

Carlyle tried to keep the subterfuge going after the game. When he was asked about the switch, the coach said, "You know we waited right 'til warm up where [Bozak] told us he couldn't go …"

Then someone jumped in with what Colborne confessed and the coach professed mock outrage. "He's going to learn to shut his you know what," Carlyle said.

Given the way Colborne played, the consequences from the coach should not be too dire. If Bozak is unable to play in Game 7, Carlyle said he would have no hesitation in putting Colborne back in there, nor any of the other youngsters who distinguished themselves Sunday night.

Their determination was remarkable because this was an intense, close-checking game with no room for errors of any kind, let alone rookie mistakes. The kind men play, as both coaches are fond of saying.

"I don't have any qualms about putting those kids in situations as long as they understand defence is first in their first foray," Carlyle said. "The responsibility they have is they can't be noticed for the negatives. As long as they go through the game and don't hurt you, that is a huge step."

The huge step for Colborne and Frattin came in the second period when they began dominating the Bruins on every shift. Along with Lupul, they cycled the puck around the Boston zone and on one shift with Gardiner on the point the Bruins barely touched the puck.

Frattin sat out Game 1 and then was handed an important role as Phil Kessel's decoy starting in Game 2. This resulted in a lot of important shifts against Kessel's nemesis, Bruins defenceman Zdeno Chara, and Frattin, who is at his best when he plays a hitting game, got a little better and a little more confident each time out. So did Colborne when he got his chance.

"Oh yeah," Colborne said. "As the game went on, I just tried to keep it really simple. Playing with guys like [Lupul and Frattin], they made it easy on me."

What was not so easy was dealing with his nerves after Carlyle gave him the big news Friday night. Colborne went into the game on little sleep.

"Not at all," he said of how he slept over the weekend, "especially the pre-game nap. I was tossing and turning for about three hours."

Colborne compared his first playoff game to his first NHL regular-season game in the 2010-11 season. "The nerves that I had [Sunday night] were probably only comparable to my first NHL game. I felt like I was a basket case for the whole first period that game," he said.

While his first playoff game "was everything I expected," the heightened intensity was an adjustment.

"The passion out there, every shift is do-or-die," he said. "You literally feel if you don't get the puck out or if you don't make the right plays you let your team down."

A nice bonus for Colborne was making his NHL debut against the team that drafted him in the first round in 2008 but then gave up on him. Colborne was part of the trade that saw defenceman Tomas Kaberle go from the Leafs to the Bruins in February, 2011.

CoIborne said he has nothing bad to say about his treatment by the Bruins but, "Is it a little sweet? Yeah."

The only thing less than sweet for him was that only his father could make it from their hometown of Calgary for Sunday's game. His mother had to remain behind for a family matter.

"I had some plans to get flowers sent to Calgary and found out I was playing so I cancelled those and had some [flowers] here and then she couldn't make it out," Colborne said. "That ruined everything but I'm sure seeing me out there I'm sure she had a pretty good Mother's Day."

By the end of the second period, the play of Colborne, Frattin and Gardner was getting contagious. Nazem Kadri, who made a big splash in his first full season in the NHL but found the going much harder in his first playoff series, started playing much stronger.

With Bozak on the shelf, Kadri had to take a bigger role, playing between Kessel and James van Riemsdyk, and he was there when it mattered. It was his shot that Phaneuf deflected early in the third to send the crowd into a roar of relief and he was around the net a few minutes later when Kessel scored. 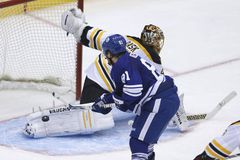 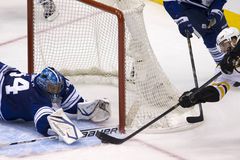 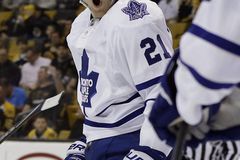 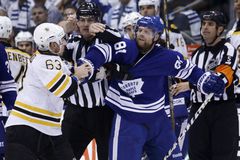 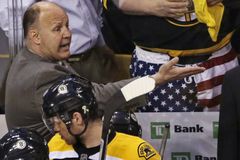 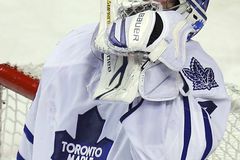 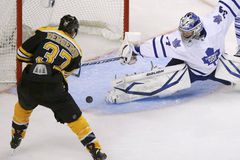 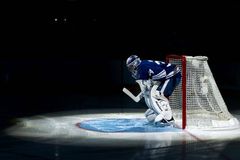 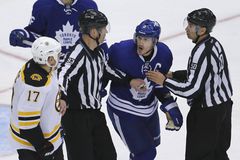