Seven years is a long time.

And, in professional hockey, it's an eternity.

The NHL has really become a young man's game in the last eight years or so. Every since the introduction of the salary cap coming out of the 2004-05 lockout, players on entry level contracts and into their restricted free agent years have been pushing the 30+ year-olds out of the game more and more.

So when the Toronto Maple Leafs sign a 29-year-old crasher and banger like David Clarkson to a seven-year deal for $5.25-million a season, it should raise some red flags.

Even if he is a hometown boy who grew up wearing a Wendel Clark jersey.

This chart is a look at all of the forwards who have played 50 games in a season since 2000-01, when the NHL expanded to 30 teams. They're broken out by age to give you an idea of how common it is to be in the league, playing a regular role, at that time in a player's lifespan.

It's a pretty revealing portrait of why so many of these late-career free agent contracts end in buyouts or with years on injured reserve.

When do forwards leave the NHL?

The peak age for playing in the league is generally between 24 and 28 and players' careers quite often wind up by 35. This doesn't account for their productivity diminishing - it simply represents playing in the NHL.

There's another way to look at this data that is maybe a bit more intuitive, but let's add another wrinkle in presenting those numbers.

Clarkson is a particular kind of forward who plays a very physical game, often known as a power forward, and in recent years especially, they have been phased out rather quickly in their careers.

There aren't a lot of 30-something power forwards, in other words.

The NHL has become much more about speed than brawn in recent years, with even so-called tough teams like the Boston Bruins having plenty of finesse and playmaking ability, as they showed against a slower Pittsburgh Penguins team.

And much of the Leafs first round success against the Bruins was their speed taking advantage of some older, slower defencemen.

Here's another chart with the above results categorized by percentages of players that played at that age and also with power forwards factored in.

I termed a power forward season as anything with 15 goals and 80 penalty minutes, which should be right around where the Leafs will want Clarkson's wheelhouse to be on this contract.

Comparing power forwards to the norm

In general, it's harder to have a "power forward" season at a later age, as these players tend to be 24 to 30. The percentage of players able to score 15 goals and have 80 penalty minutes in a year drops dramatically by age 32 and is basically gone by 35.

In simple terms, what the above graph shows is that after age 31, it's much less likely to have a power forward season than the norm. Only about 13 per cent of those years come with older players whereas more than 21 per cent of the whole population of forwards is in that age group.

It's not as if teams are entirely unaware of this either.

Leafs GM Dave Nonis noted on Friday after signing the Clarkson contract that the term was steep but said that was the price of doing business in free agency.

"I'm not worried about six or seven right now," Nonis said of the term of the deal. "I'm worried about one. And Year 1, I know we're going to have a very good player. I believe that he's got a lot of good years left in him."

He well may. It's even possible Clarkson can turn from something other than a power forward and chip in in other areas later in the contract. The problem with that scenario is that he makes $5.25-million a year, and if he's not producing 15-plus goals with some physical play thrown in, he's probably not providing much value at that number.

Clarkson turns 30 next March. Where his falloff comes on this chart will go a long way toward determining if this is a good deal beyond Year 1 or if it becomes another free agent boat anchor (and eventual buyout) for the organization.

Nonis may only be worried about Year 1, but it's not out of the question this becomes a problem very early in the deal, when he's still counted on to be a top six forward.

Wendel Clark's last big goal, big penalty minute season came at age 30 with the Leafs. He managed to score 28 with a last place Tampa Bay Lightning team at 32 but that was his last hurrah in the league.

It's a tough way to make a (very nice) living. 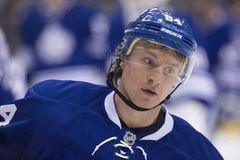 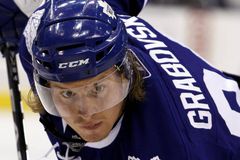