Never has the three-point game, reviled for years as rewarding the mediocre, been so cursed as it is now in Southern Ontario.

Going into Tuesday's game against the Washington Capitals, the Leafs now have to win all three of their remaining games and hope the Sabres, Rangers and Hurricanes lose their last three games. Buffalo has seventh place in the NHL's Eastern Conference with 90 points, the Rangers have the eighth and last playoff spot with 89 and the Hurricanes are ninth with 87. The Leafs have 84 points in 10th place. If Carolina and the Rangers tie, the Rangers will advance because they hold the edge in the season series with the Hurricanes.

If the Sabres had managed to beat Carolina in regulation, the Leafs would be in a little better shape but it was going to be a long-shot no matter which way things went.

The Leafs will be pulling hard for the Atlanta Thrashers. The Thrash has one game each against the Rangers and Hurricanes. If the Rangers win Monday night over the Boston Bruins, they will be out of reach for the Leafs, who would then have to hope they can catch the Sabres.

There is one glimmer of hope - if the Leafs manage to tie the Sabres at 90 points for the last playoff spot, they will get it based on the tiebreakers. The difference would be the season series between the teams and the Leafs took seven points from the Sabres, who had six.

Washington Capitals at Toronto, (7 p.m., Rogers Sportsnet Ontario). A Leafs loss means it's all over for them.

Toronto at New Jersey Devils (7 p.m., TSN). If the Leafs are still alive, all they have to do is beat Martin Brodeur.

Detroit Red Wings at Carolina Hurricanes (7 p.m.). Nobody will be leaving the Leafs dressing room in a hurry if they're still alive and have the NHL cable package.

Atlanta Thrashers at Rangers (7 p.m.) There will be a big psychic push from the north for the Thrashers.

Carolina at Atlanta (7:30 p.m.). The Leafs will be hoping Thrashers still have some energy left to deal with the Canes.

New Jersey at Rangers (12:30 p.m.). The Leafs should know their chances before they face off with the Montreal Canadiens.

Montreal at Toronto (7 p.m., CBC, RDS). Great way to end the season if the Leafs are still alive.

Tampa Bay Lightning at Carolina (7 p.m.). Lightning are the favourites.

If the Leafs are a good example of a team that hates the three-point game, count the Philadephia Flyers as one that loves it. They staggered out of the weekend by losing 3-2 in a shootout to the Rangers on Sunday - leaving them 1-4-4 in their past nine home games - but managed to climb back into a tie with the Capitals for first place in the Eastern Conference with 103 points each thanks to the single point from the shootout loss.

There is a certain irony in this, as the Flyers beat the Rangers in a shootout on the last night of the regular season a year ago to sneak into the playoffs. That began a run that took them all the way to the Stanley Cup final against the Chicago Blackhawks.

The Caps and Flyers are set up to fight it out for first place in the last week of the season but the Pittsburgh Penguins are in the mix, too, with 100 points. However, both the Flyers and Caps have a relatively easy schedule, which puts them in the drivers' seats even though the Penguins' last three games are comparable.

Philadelphia gets the Ottawa Senators on Tuesday, the Sabres on Friday and the New York Islanders on Saturday. The Caps play the Leafs on Tuesday and then close with a home-and-home set against the woeful Florida Panthers. The Penguins get the Devils, Islanders and Thrashers.

"We need to be playing hard for 60 minutes. When you take shifts off, half the period off, you're going to get into trouble," Flyers forward Scott Hartnell told Comcast SportsNet Philadelphia. "It's collectively. Not just a line or couple guys. We're not finishing checks. It seems like we have one good shift and two off and it's definitely not winning hockey."

History will probably be made next weekend if Vancouver Canucks forward Daniel Sedin holds his lead as expected and wins the Art Ross Trophy as the NHL's top point-getter. His twin brother, Henrik, won it last season with 112 points and this would be the first time brothers were the league's top scorers in consecutive years.

Canucks head coach Alain Vigneault says that will be "amazing" but both Sedins say they are more concerned with helping the Canucks, who clinched first place overall last week, finish strong.

Here's what the Art Ross winners ran up since the 2004-05 lockout ushered in a more offensive game:

THE FIGHT FOR SECOND

Battles for first in the East and for the last playoff spots in both conferences obscured a pretty good race, the one for second place in the Western Conference.

The Detroit Red Wings, who slipped into second place by a point Sunday by beating the Minnesota Wild, will duke it out with the San Jose Sharks. The Sharks are flying, with a three-game winning streak and a 7-3 record in their last 10 games plus a game in hand, but the Red Wings' win over Minnesota was their second in succession and it looks like they stopped a recent slide.

The win over the Wild also clinched the Central Division title for the Wings, their ninth in the last 10 seasons. They play Carolina and two against the Blackhawks to finish the season. The Sharks play the Los Angeles Kings, Anaheim Ducks and close with two against the Phoenix Coyotes.

"There's not a whole lot of Swedes who've done it before. For sure it's a milestone but it really doesn't mean that much. We're not here to win scoring titles, we're here to go all the way," Daniel Sedin

The Vancouver Canucks forward talks to QMI Agency about the prospects of winning the NHL's scoring title one year after his twin brother, Henrik, did it. The Sedins would be the first brothers to win the scoring title in successive years. 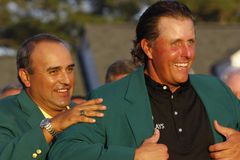 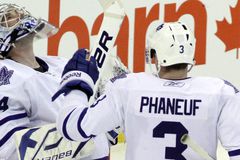 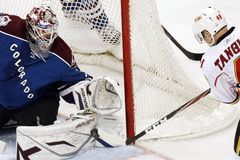 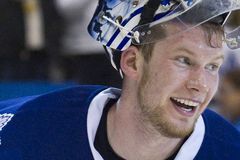